Put target card from a graveyard on top of its owner's library. 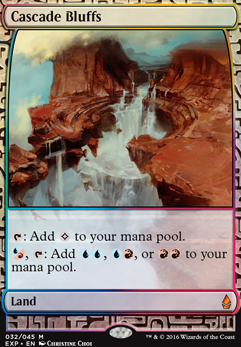 I really appreciate that. Glad to know the channel has helped and that you're enjoying it. Your preamble here made my day, so I'll give the rest a go, haha. Let me preface by stating the deck is undergoing change (to include a mention I see)...

Be well, have a great week and break a leg with the rest of your college courses!

enpc on Top Cards From Strixhaven

I can see Sanctum of Eternity 's popularity getting driven up by Beledros Witherbloom . Especially if you just add an Aetherflux Reservoir .

The card I'm most excited for is actually Quandrix Command . It's a much more useful (in most scenarios) version of Memory's Journey (which forms a recursion loop with Noxious Revival ) and has a good amount of synergy with the rest of the deck (acts as temporary removal/counterspell and I run Incubation Druid ).

"as the entire point of hybrid cards was that they represented an "or" state rather than an "and" state."

If we'd extrapolate that, we'd be able to play Reaper King in a Hope of Ghirapur deck. Because its color identity is colorless, or mono white, or sultai, or... well anything you like. Meanwhile, the mana cost has undeniably hidden in it's cost. And it's a slippery slope. Phyrexian mana was also designed for flexibility to reach out of your color restraints. Should the colour identity of Noxious Revival be colorless too? I wouldn't be keen to explain the rules of color identity to new or inexperienced players: basically, it's the colors you can find on the card, either in the mana cost or the rules text. Except when the mana symbols look wonky, there's separate rules for those.

There's already the nuisance of having to explain that reminder text (italic, in parentheses) does not define color identity. Trinisphere is not a black card, and Blind Obedience is not an Orzhov card. Let's not expand that to the actual rules texts please.