: Untap all creatures you control. After this main phase, there is an additional combat phase followed by an additional main phase. Activate this ability only at any time you could cast a sorcery. 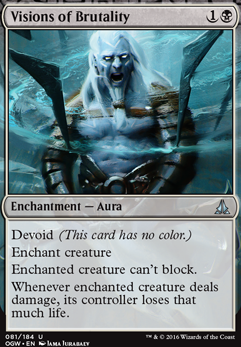 Entari0, thanks for the suggestions. Aggravated Assault is a $42 card!! Probably won't be adding that, and I think I have it in another dragon deck. The suggestions you made for making Vrondiss indestructible were a bit pricy, too, but it is a good strategy, and one I think I can flesh out on the cheap. My plan is to get a card like Warstorm Surge into play along with Goblin Bombardment, and then I can go infinite after making Vrondiss indestructible with a simple spell like Withstand Death. 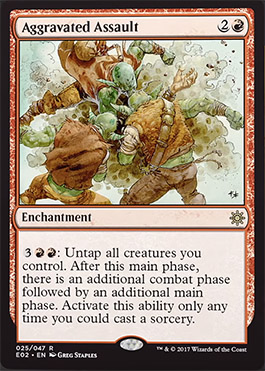 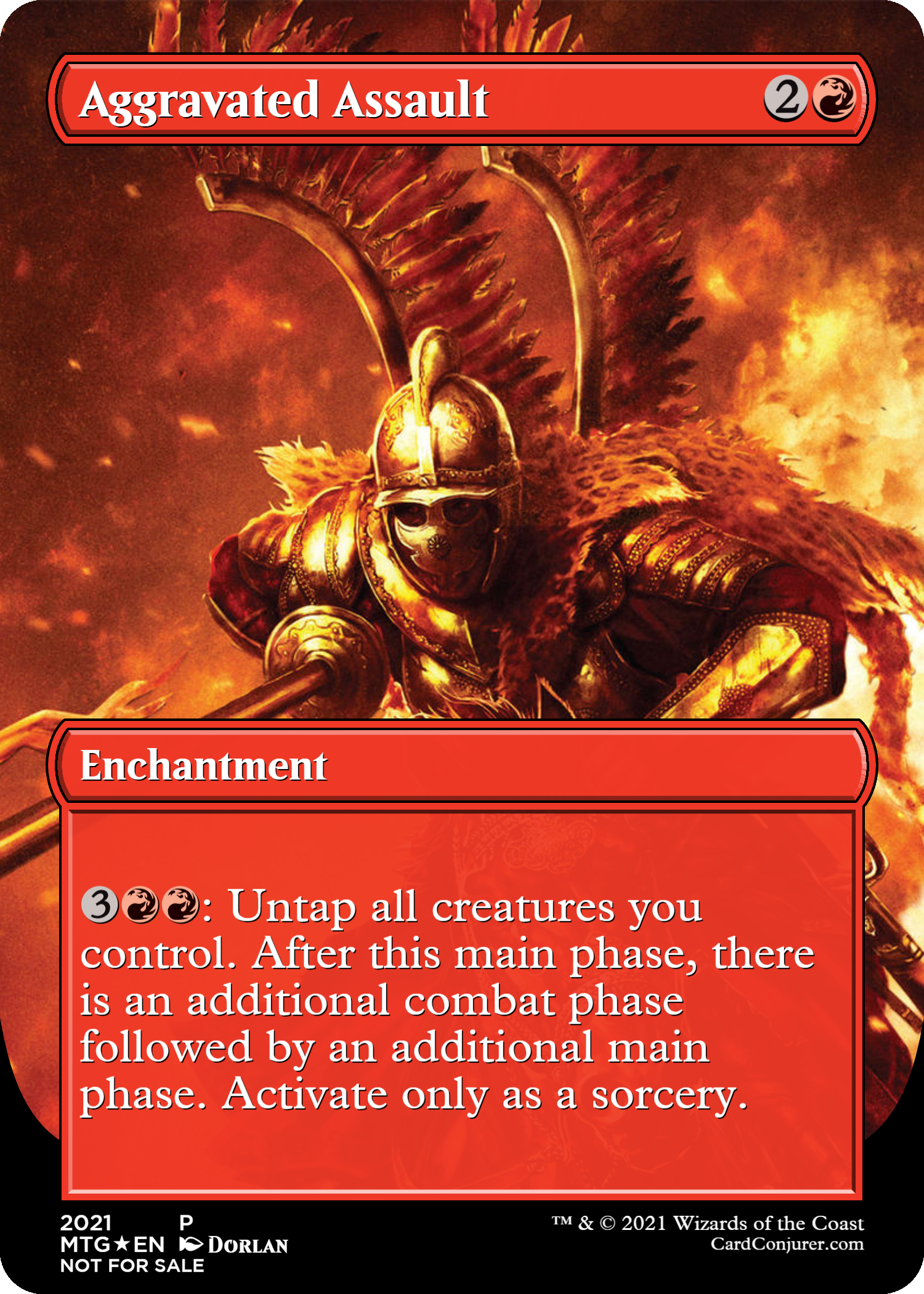