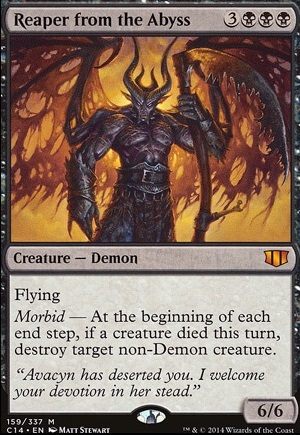 Morbid - At the beginning of each end step, if a creature died this turn, destroy target non-Demon creature.

Dark is the night
by Calleb 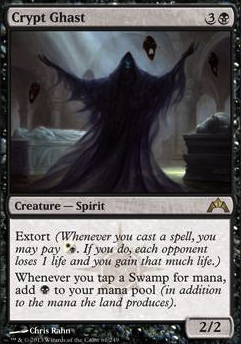 Kaalia of the Angels and Demons
by Smileyman03 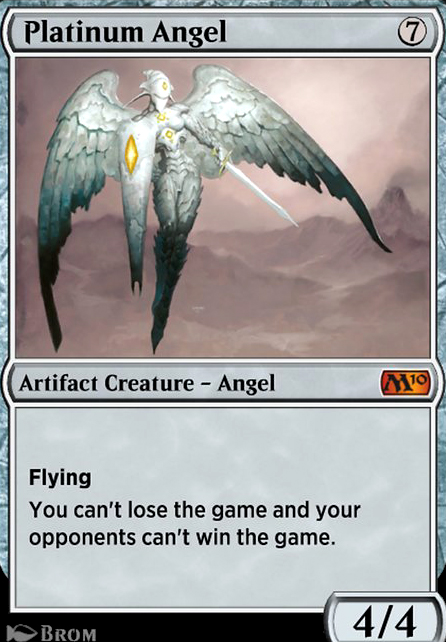 Reaper from the Abyss Discussion

Here are my opinions of the remaining possible cuts (assuming Lili standard bearer stays) from most likely to cut to least likely....

Ugin, the Spirit Dragon - Additional answer, potential wincon (with profilerate) and value engine, but costs a lot of mana and affects your own board. Idk how it's played for you, but cutting more expensive cards for cheaper ones seems right up your alley

Culling the Weak/Cabal Ritual - Requires a creature/Weak without threshold. I understand rituals are needed once you draw into cards to go into explosive plays, not sure if both are necessary

Reaper from the Abyss > Vilis, Broker of Blood

OUT: Ghostly Prison Side vs aggro

IN : Terror of the Peaks

Maybe Arcbound Crusher since it is kinda slow to build up to be a big threat.

Visara the Dreadful the triple black cost may be troublesome to try and get out when you want it.

Reaper from the Abyss is the same and kinda paints a target on himself to kill him quickly.