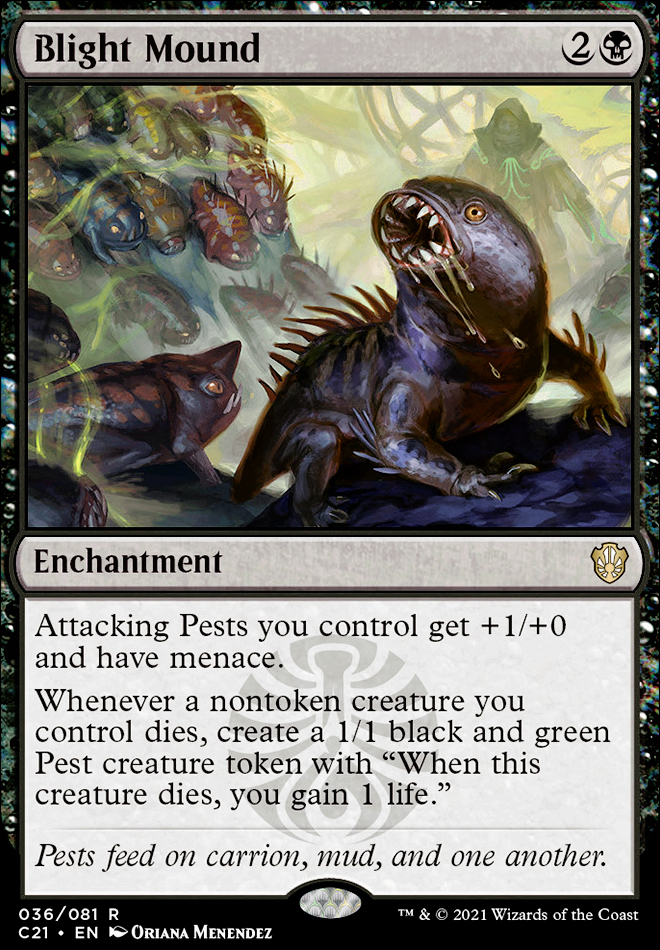 Attacking Pests you control get +1/+0 and have menace.

Whenever a nontoken creature you control dies (is put into the graveyard from the battlefield), create a 1/1 black and green Pest creature token with "When this creature dies, you gain 1 life."

You might like these: Blight Mound, Pitiless Plunderer, Black Market, Thornbite Staff, Mimic Vat, Syr Konrad, the Grim, Dawn of the Dead

You could use Shadowspear to attach it to your expendable tokens (it also gets you a very welcome additional activated ability).

High Market, no Zombie, but gold: Disciple of Griselbrand

Bastion of Remembrance will be a future staple in aristocrats (or it is already).

Even if it doesn't produce Zombies: Blight Mound

And you're playing tribal... where is Vanquisher's Banner?^^

I wonder how effective Blight Mound is on the BF. Do you already have some experiences with it?