As Sower of Discord enters the battlefield, choose two players.

Sower of Discord occurrence in decks from the last year 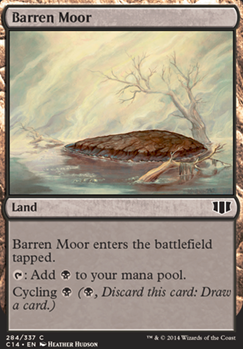 Hey there demons, it's me, ya boi
by LukeAbysswalker

Long live the king
by Chino90

Im not sure if anyone else asked but what of Sower of Discord, go really good with this, with the amount of trickery it can do.

Depending how many players are left when you Encore it from the battlefield, Sower of Discord would be a HILARIOUS card to put into this deck.

Â Â Â Â Â I think Sower of Discord would have a nice home here. Depending on how cruel you feel Tainted Strike is pretty awesome with Saskia and any unblocked beater. Unleash Fury in that same vein. Iroas, God of Victory was always a star player in my Saskia deck, highly recommend!

This deck is currently invalid for your companion. You can't have Mogis, God of Slaughter, Sower of Discord, Arcane Signet, Goblin Charbelcher, the cycle of Talismans, Extinction Event, or Deadly Rollick,