Whenever a creature attacks you or a planeswalker you control, each Dragon you control deals 1 damage to that creature.

+1: Until end of turn, each planeswalker you control becomes a 4/4 red Dragon creature and gains flying. 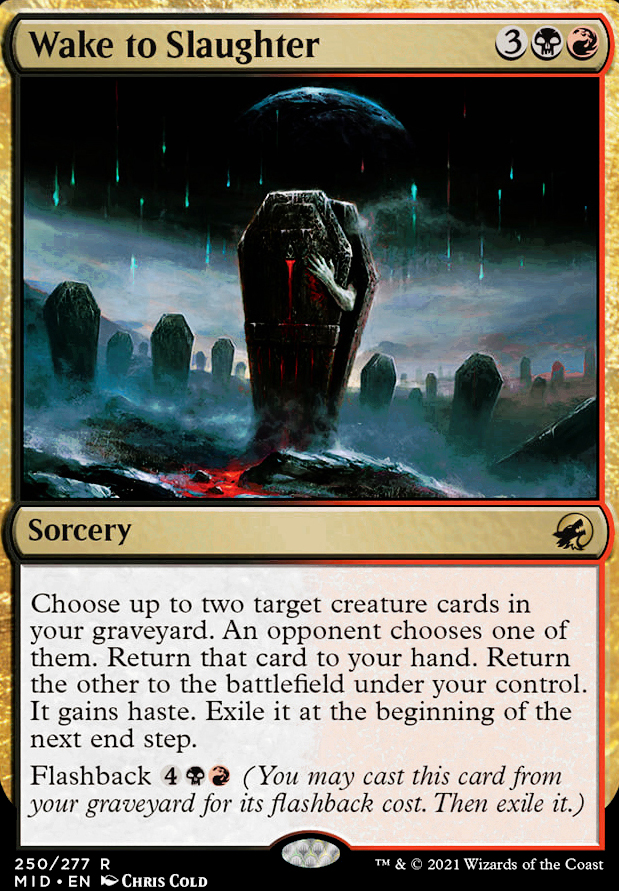 The Hobbit - Dwarves and Dragons
by Diggadabasaurus

All Hail The Queen
by TKMoku

Thanks so much for the kind words, Sentri! I'm glad you enjoy the deck! Hoarding Ogre Is definitely a good card to replace, as it's pretty inconsequential more often than not. As for what other cards to replace it depends on how you prefer to win. If you find yourself going infinite relatively often, the anthem effects that don't give trample like Crucible of Fire, Gratuitous Violence, or Atarka, World Render wind up being irrelevant, and could definitely be replaced. In general though, I would say that the relatively slow ramp of Wood Elves and the fairly situational Sarkhan the Masterless are among the weaker cards and would probably be the best to replace.

P.S. Yeah my Grist deck is definitely a bit lower power level than this one, but one of my favorites to pilot, very fun.

seshiro_of_the_orochi: Can't confirm for sure, but I think you're right. Check out the reminder text on Sarkhan, the Dragonspeaker and this errata on Sarkhan the Masterless :

So nice to see the updates! I have a similar version to this deck. I have two questions: Bladewing the Risen , isn't he such good value (2 dragons + the pump) not to include?

And Sarkhan the Masterless feels a bit clunky in the deck, have you had much success with him?

You have a loooooooooot of wraths. 12, in fact, on top of 4 very playable counterspells.

Also, among your mentioned pet cards, I actually wouldn't cut any except maaaaaybe Humility. Jokulhaups is just far too good when you have a few walkers in play. I love them all.

So, my thoughts: You could cut 2 wraths. Honestly, you could cut 3 or 4. However, I like lots of interaction, so personally I'd end up cutting wraths and putting in stuff like Dovin's Veto or Disenchant or Pongify .

You can also cut some walkers. Some of the Walkers, like Golgari Queen and Collector of Tales are much, much better in 60-card multiples formats than in EDH.

I recommend finding space for Oath of Nissa(you already cut it, but it's so good here. 1 mana Ponder that fixes your mana basically perfectly? In a 5 color superfriends deck? So good. It does literally everything you want it to.). Sarkhan the Masterless is also amazing in superfriends. IMO he's good enough that any planeswalker-heavy deck should try and go into red just to run him, at least in 60-card formats where he reads 'win the game if you have 2 other planeswalkers in play'.

Your manabase is actually good, and I can forgive the Triomes as they're tutorable 3-color sources in a 5-color deck. They just make your mana so much better.

My only other thing would be your ramp, which is good, but you could use a bit more of it. If you have space, Arcane Signet is a must. And any other signet you can cram in. Trust me, they're worth it.