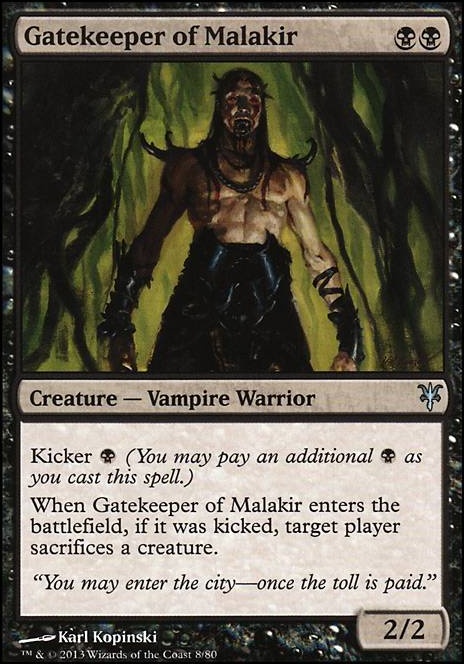 Kicker {B} (You may pay an additional {B} as you cast this spell.)

When Gatekeeper of Malakir enters the battlefield, if it was kicked, target player sacrifices a creature.

Gatekeeper of Malakir occurrence in decks from the last year

Blood of the Sacrificed
by Valengeta

Why do you play both gideons? I would rather play cards like:

Your playing 4 single target removal spells in a cedh deck, which is okay but unusual. I can highly recommend Gatekeeper of Malakir, because its a recurable removal.

Cards I'd add at first glance:

I think that Last Laugh would fit nicely into this deck. Also, Gatekeeper of Malakir and Culling the Weak.