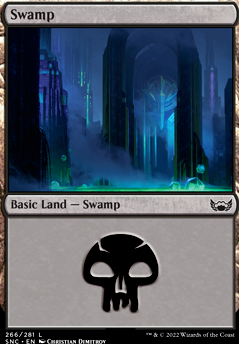 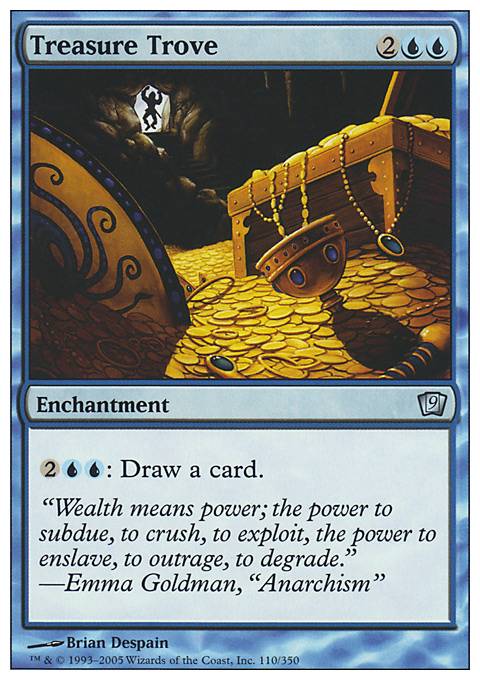 Uh... Let Me Read Your Commander Real Quick...
by aceofrainbows

I typically go for Zombies as they are represented very well in both colors, but a solid token creator outside of that tribe is Bloodline Keeper Â Flip.

Necromaster Dragon is a fun one.

There are a few Planeswalkers who create tokens, also. Probably my personal favorite to do so with is Ashiok, Nightmare Muse because that token is absolutely devastating, especially if you manage vigilance on it somehow.

There are 635 cards listed on Gatherer within and that make creature tokens. Have fun!

The single best "mass sacrifice" concept in the game is Gravecrawler to Phyrexian Altar, or to anything that produces colored mana. If your mana is colorless, you can adjust this with filters.

Thanks for the suggestions DawnsRayofLight.

Archon of Cruelty is a cool card for sure. As I mentioned in one of my comments on Rolska's Isshin Twin Triggers deck, I avoid playing 6+ cmc cards, or only play 1-2 in decks that lack green. I don't mind playing a couple 6 cmc cards, but for me personally, there's a point in games where I'd rather be able to play multiple cards per turn, rather than a splashy bomb that's vulnerable to removal if it doesn't have Haste or an ETB effect.

I had Sun Titan in my original draft, but subbed it out. I've played Grave Titan and Archon of Cruelty in my Araumi of the Dead Tide deck, and I generally like them, but am considering swapping one of them out in that deck if I don't take it apart first lol.

On a similar note, I'm already eyeing Etali as a potential swap out. Every time I play it, it either gets removed immediately or stolen, since my playgroup plays a lot of single target removal.

Aurelia, the Warleader is cool, but without a Vigilance anthem, your board won't get the benefit of the 3rd combat. Also she's expensive money-wise, and I don't currently own a copy. I cut the extra combat stuff from my deck in favor of a bit more draw and removal.

As for Lucille and Chief Jim Hopper, they're both good, but I'm going to wait for their MtG reskin versions to be printed in the next 6 months or so. I'm a bit snobby and don't want Walking Dead or Stranger Things in my decks.

Bruse Tarl, Boorish Herder: can be make some fun board states with Isshin

there are tons of create tokens on attack and they can increase your field presence.

This is my isshin list Obi-Wan Can Blow Me, let me know what you think!

Isshin is pretty cool for sure. Commander Replay just dropped a neat little short for a tokens build with him using all of the on attack triggers with cards like Grave Titan. The black Myojin could be a janky boardwipe tribal commander.

Possible changes in this deck: