Buyback â Sacrifice a land. (You may sacrifice a land in addition to any other costs as you play this spell. If you do, put this card into your hand as it resolves.)

cool deck! and nice usage of wild research, i like that card but never found something cool to do with it, looks like you did. Constant Mists is another option for the fog effects. Cheers!

What about Constant Mists

Nice deck, looks fun!!
Some ideas- Nissa, Vital Force is relatively easy to get her ult 2nd turn, and she defends herself with the +1. Landfall cantrip is great!
Also, Greater Good can be good too.
I also like Perilous Forays.
Im not convinced on zuran orb- i would rather run Constant Mists or another ramp spell. Anyway just some thoughts, cheers and have fun!!!

I honestly agree, trying to find out how to fit it. Been playing solitaire all night trying to figure it out. Deck is getting really tight right now Profet93.

Going to take my deck apart in split it up by

My local playgroup is dictating at this point that Constant Mists is a must right. They've begun playing "Archenemy" against me trying to stop me early.

griffstick on What's the minimal number of â¦

I feel in most games being able to fog when it matters most, one time is good enough. But the most I've had to fog for the win was 6 times. I have been playing with Constant Mists, and Sunstone for a while now and I find that 2 to 3 fogs are all you need to swing the game. I think knowing how many times you'll need to fog I a game will tell you how many snow lands you'll need. I think if you are mono red then all the basics should be snow. If you are 2 colors or more I suggest at least 10 snow covered mountains 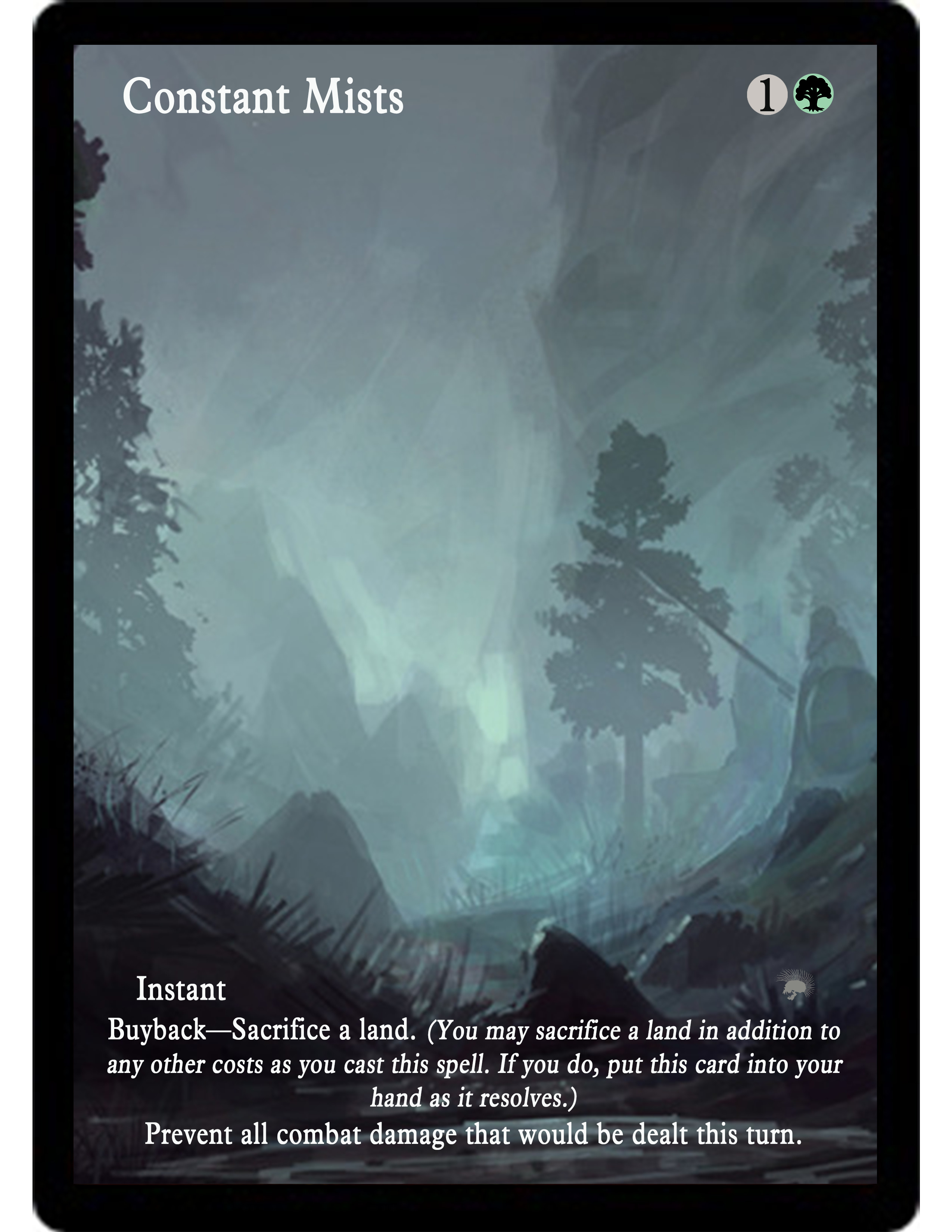 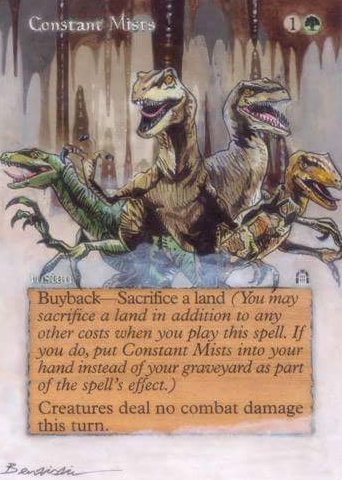 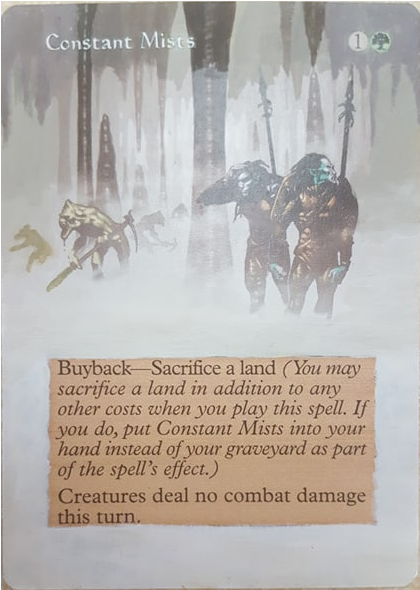 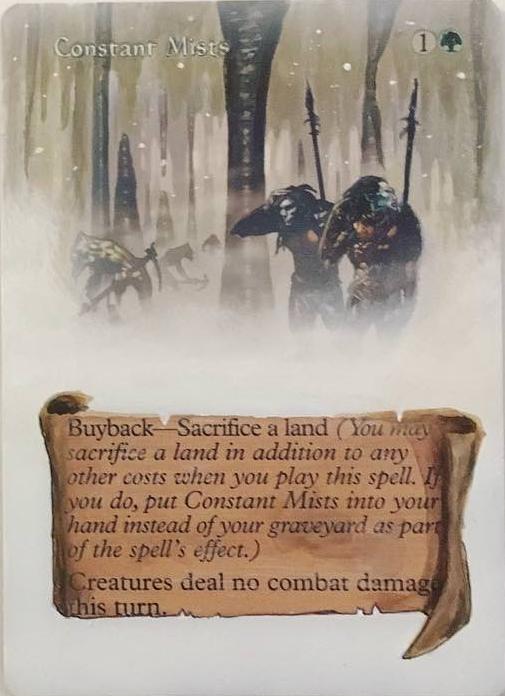 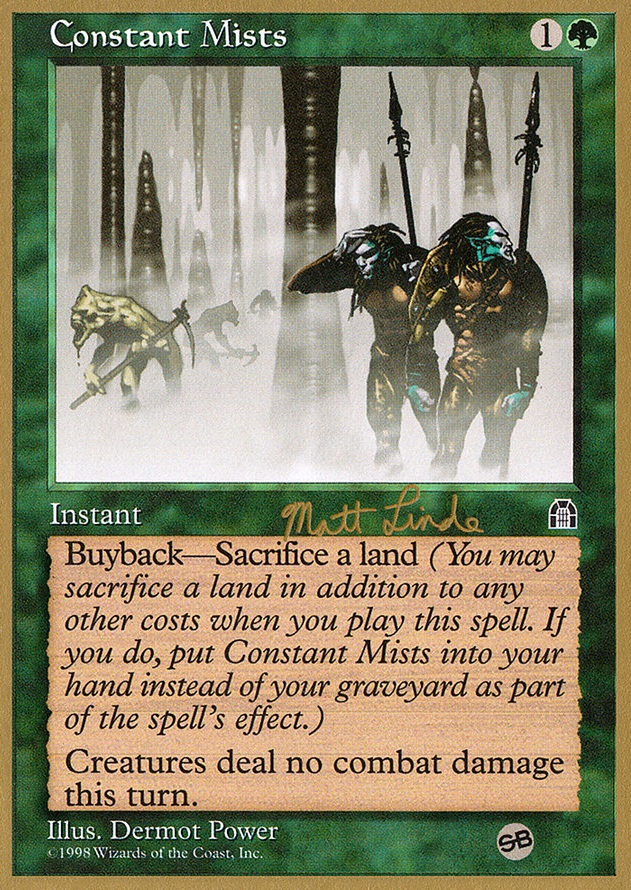 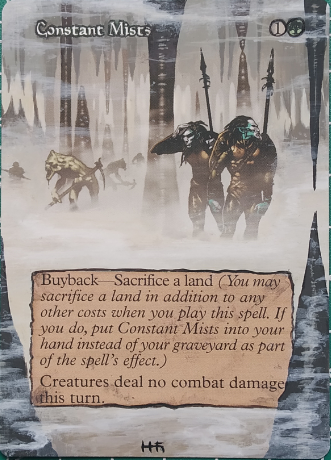 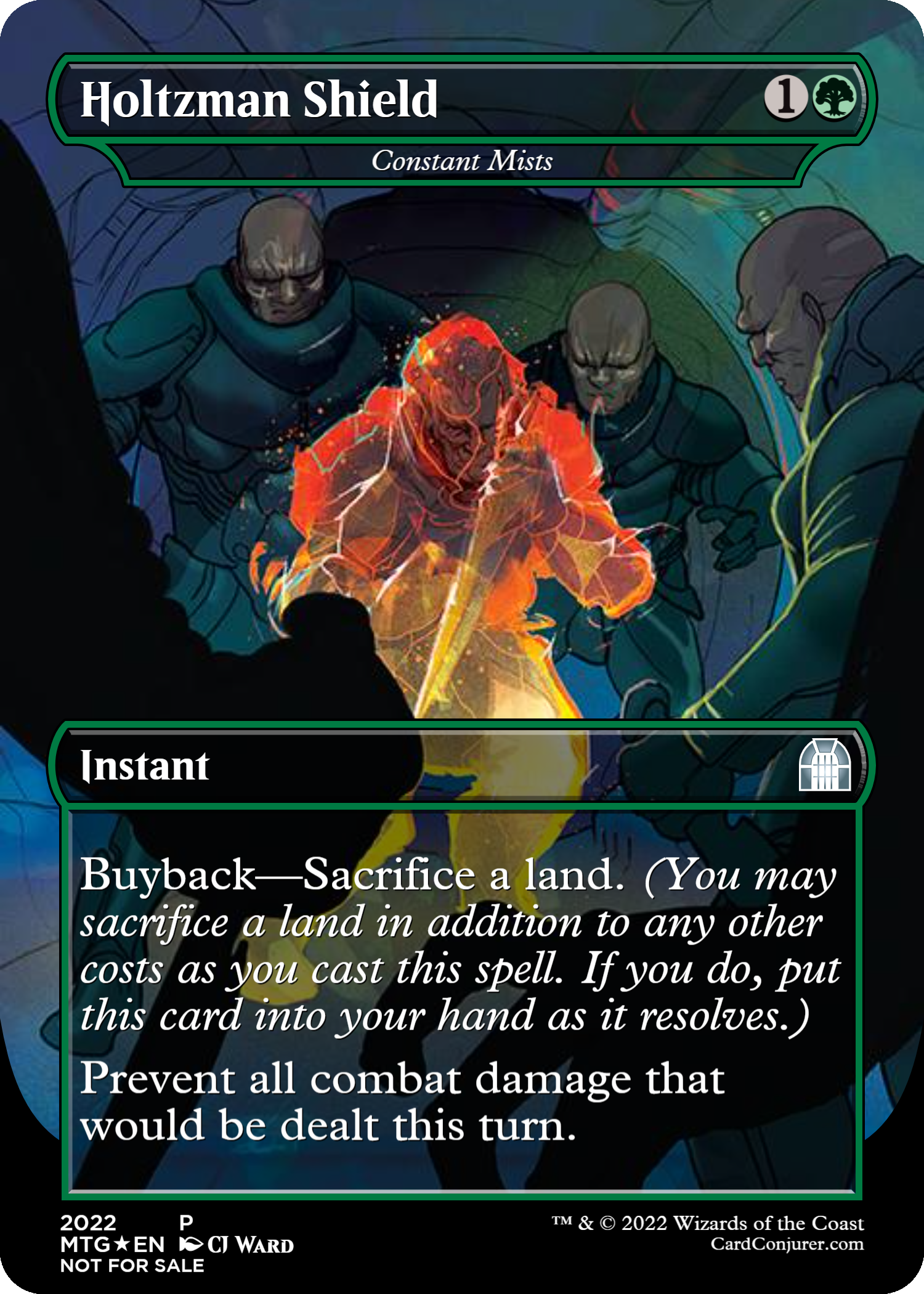