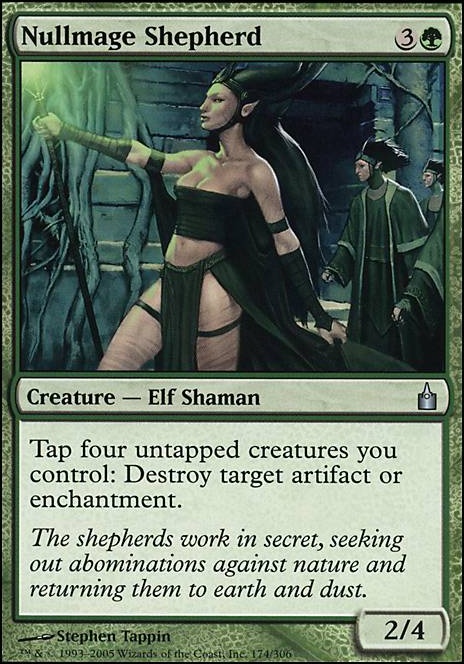 Nullmage Shepherd occurrence in decks from the last year

Gidgetimer Thanks for the suggestions! I had actually recently removed Midnight Banshee and Flourishing Defenses mostly because of their mana costs but depending on how the deck plays I may swap them back in. Quillspike is a great idea to combo with Devoted Druid to make him big enough to take someone out with one swing! And I actually didnât even know about Nullmage Shepherd but Iâll probably end up adding it in place of one of the removal instant or sorceries being that I can get multiple uses out of her. Really appreciate the input!

Some cards I have found useful in my build that you are not currently running:

Quillspike to go with Devoted Druid

Midnight Banshee is a great recurring source of -1/-1 counters. This prevents you from attacking with your snakes because they perpetually have summoning sickness, but who attacks with their snakes.