Landfall â Whenever a land enters the battlefield under your control, you may create a 4/4 green Beast creature token.

RAMPAGING BALOTHS AND A BAND OF BEASTY BOY BUDDYS
by DonQuatrero

I have no idea if this is actually playable in competitive modern, but I like what you did there!

Those two Utopia Sprawl look super-weird, as does the sorcery section. Have you considered the new Cut Down? It fills a similar role as Bloodchief's Thirst without being able to kick out the restriction, but then again, it's instant speed and your creatures are massive enough to deal with bigger creatures anyways. Might be worth trying. Explore could be another great addition, espacilly considering Rampaging Baloths's landfall trigger.

Cool deck!!
Any thoughts about Rampaging Baloths, Hunter's Insight, Traverse the Outlands, or Akroma's Will?
Cheers!!

I like it, seems strong and on point and is probably better than mine.

Personally I think Scute Swarm / Scute Mob / Rampaging Baloths and Zendikar's Roil are actually pretty decent and can explode quickly if you like going wide and big. Also, Bane of Progress might be better or equivalent to Structural Assault because it gets enchantments and counters. You already have that wipe in addition to Blasphemous Act, having two might be better, but Star of Extinction is stupid with Vigor. Tilonalli's Summoner is more on theme than the beast or insect tokens and is better with Locus of Rage but you could theoretically use Arcane Adaptation if you really want to commit.

Eh just some thoughts, its obviously strong, but you have an easy chance to go wide for a few changes. 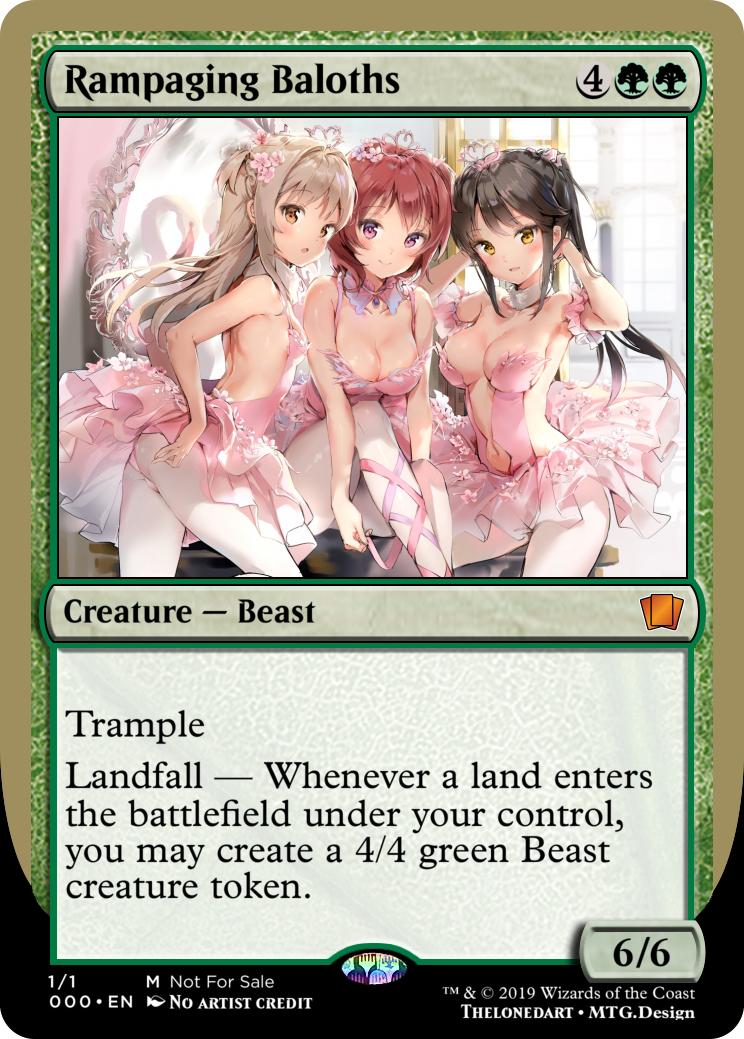 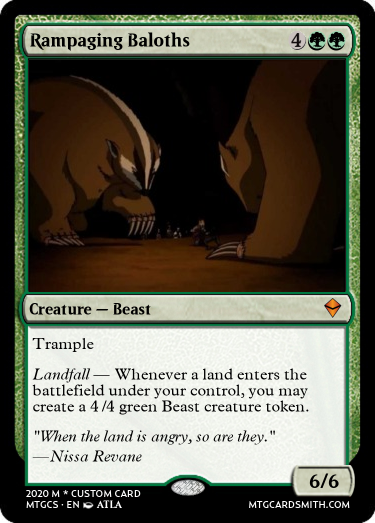 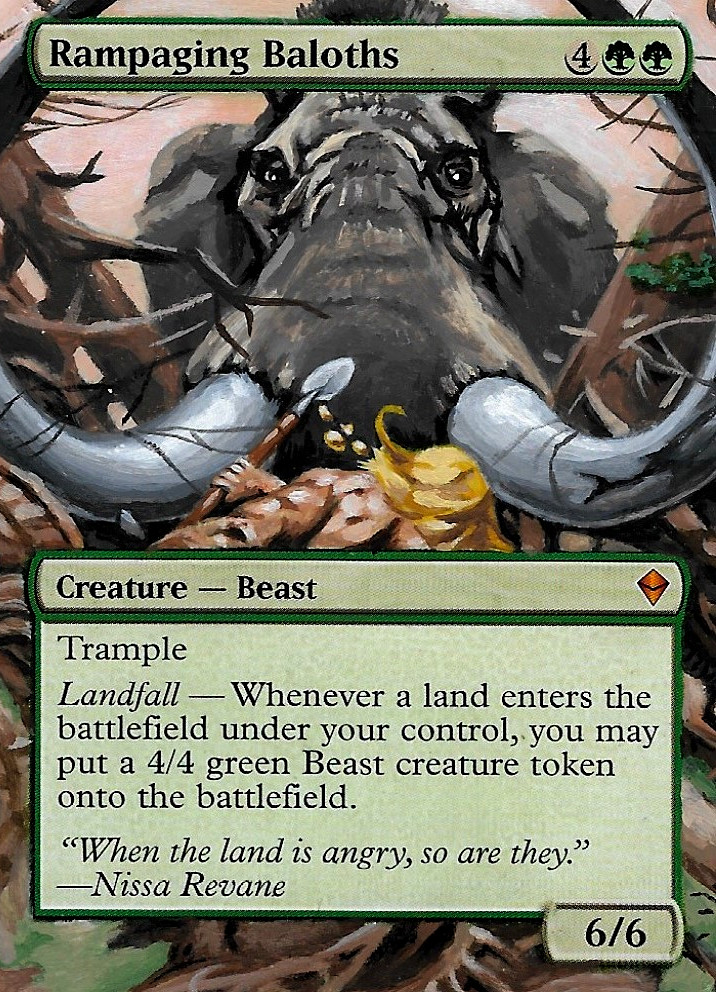