Whenever this deals combat damage to a creature, destroy that creature.

Dredge 5 (If you would draw a card, instead you may put exactly five cards from the top of your library into your graveyard. If you do, return this card from your graveyard to your hand. Otherwise, draw a card.) 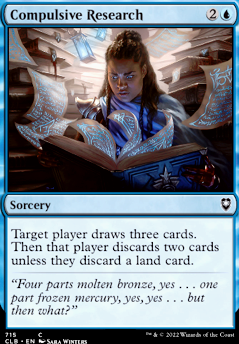 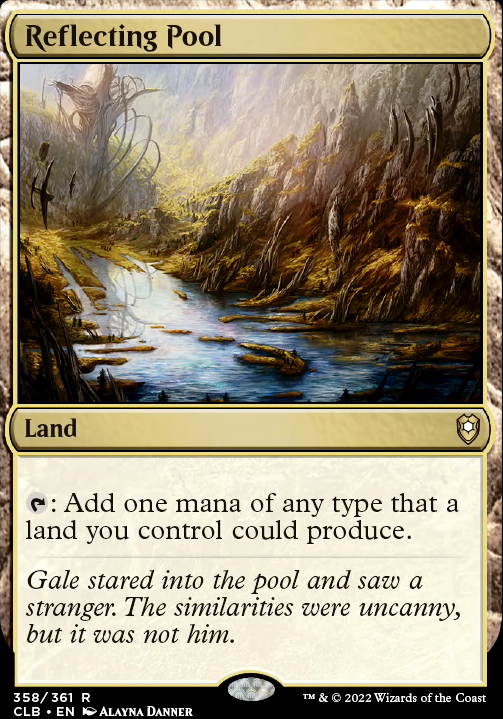 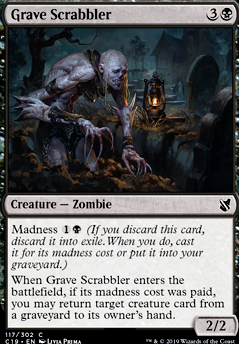 Dredge w/o fetch
by Valdis16 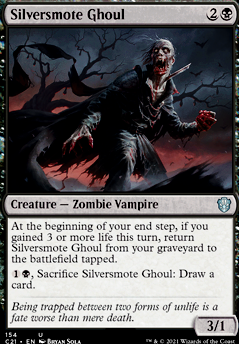 If I activate Fa'adiyah Seer's ability with Abundance on the battlefield, could I activate Abundance naming Land to guarantee the draw, or is it considered a different card and the "reveal clause" doesn't activate? If we do the Abundance thing again but I choose Non-Land, will I always have to discard that card? What happens when I use the Fa'adiyah Seer to dredge a Stinkweed Imp? Do I dredge it and then immediately discard it?

Something I didn't mention last time: Dredge! In case you didn't know how it worked, any time you would draw you can choose to replace the draw with putting cards in your graveyard. The classic example is Golgari Grave-Troll in which you would self mill 6 instead of drawing for the turn.

Consider these cards for helping with mill strategy, these are each quite powerful:

Hi killer_eye, discarding depends on the situation, but in general I ditch: lands (unless I need a land drop next turn), anything with graveyard effect (Dragon Shadow, Demonic Embrace, Stinkweed Imp, etc), most of my creatures except maybe 1-2. I try to keep draw spells, token makers, interaction (especially if I have mana open). 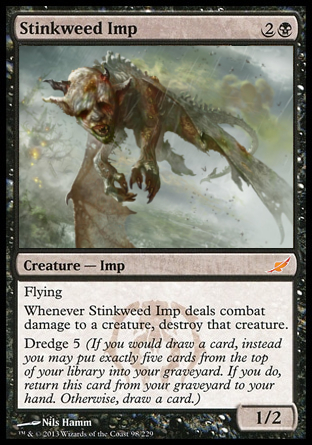 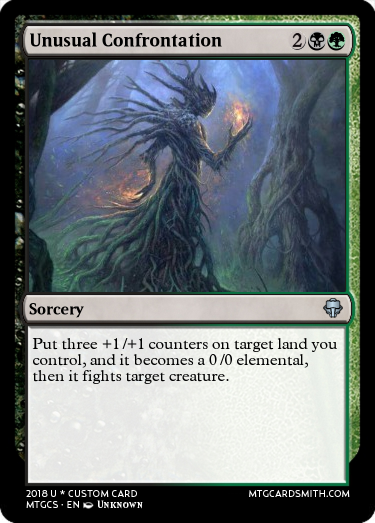