I playtested your deck and I think it would benefit from some hand discard mechanics and haste so you can swing immediately with your big baddies.

I recommend Catalog or Artificer's Epiphany for draw/discard.

I recommend running Manamorphose, Anger, and like two Stomping Ground or Ziatora's Proving Ground Jetmir's Garden (budget) so that you can run anger in your graveyard.

I know this changes your color scheme to more of atemur deck than simic, so it's that not what you want ignore this.

Also, Vivien, Champion of the Wilds's flash mechanic could help with the haste thing.

Creatures you control without subtypes get +1/+1 and have vigilance.

At the beginning of combat on your turn, you may pay . If you do, target non-creature permanent you control with mana value X or less becomes a creature in addition to it's other types with power and toughness equal to its mana value. Untap it, it gains haste. If you target a land, put X +1/+1 counters on it, instead.

Your Stomping Ground and Garruk Wildspeaker both have subtypes should the become creatures, so they do not get +1/+1 and vigilance. However your Great Henge would become a 10/10 with vigilance and haste.

Usually Boros Burn will run a single Stomping Ground (and Fetch-lands) so that they can keep a playset of Destructive Revelry in the sideboard..

I've actually been wanting to put together a Mono-Red list myself for a while now..

multimedia on Averna, the Chaos Bloom In â¦

Hey, if you need mana help add Arcane Signet? I think mana help you add should help to cast The First Sliver since casting First is the main reason to have mana help. I don't think Averna is needed because when you can utilize it's land ability with cascade you control First Sliver.

Faeburrow Elder is good ramp especially when playing five colors to help to cast First Sliver. If you control First Sliver, Elder taps for five mana (one of each color).

Hi_diddly_ho_neighbor: i'm going to strongly disagree. there is better removal. i think you're strawmaning the argument and ignoring the downsides. what happens when you get a 2 land hand and that land is one of them? you're not gonna hold back that land drop. i think otawara is even way worse. 4 mana for a soft removal that lets the opponent reset their planeswalker or re-use their etb's? no thanks.

amulet titan is a deck you certainly don't want to let grab another Stomping Ground, against hammer time and affinity, you'd want removal that can get rid of multiple things, not just 1. charlbelcher? where are you seeing that being played? as for burn, eidolon doesn't justify boseiju. Blood Moon? lots of stuff get rid of that. theres just so much better removal for all those cards you mentioned. 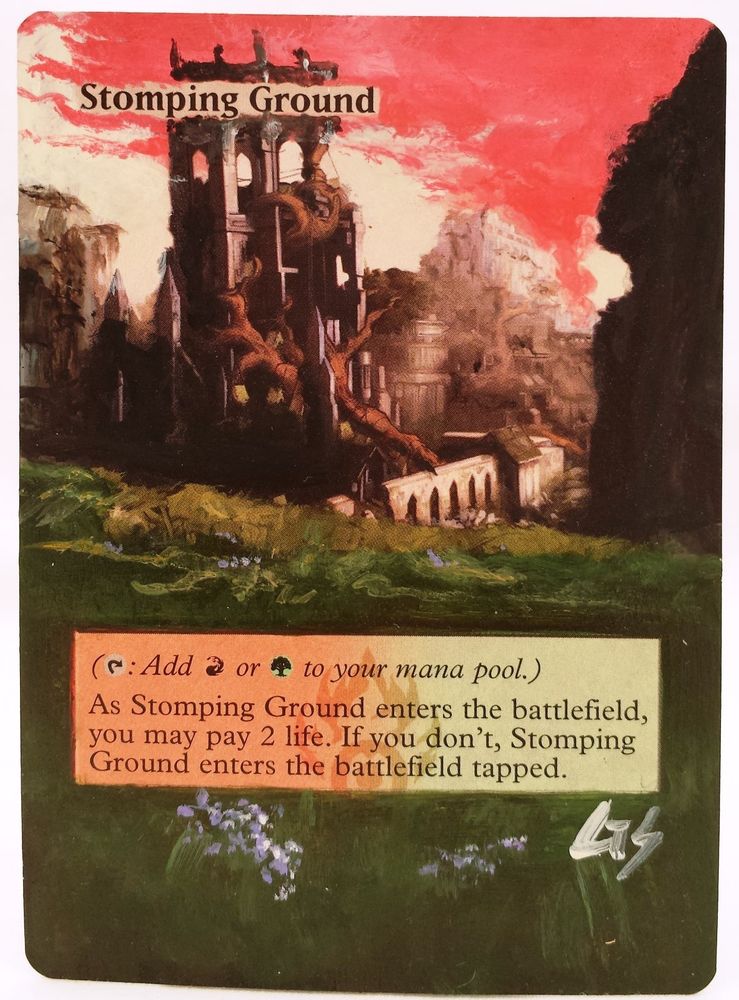 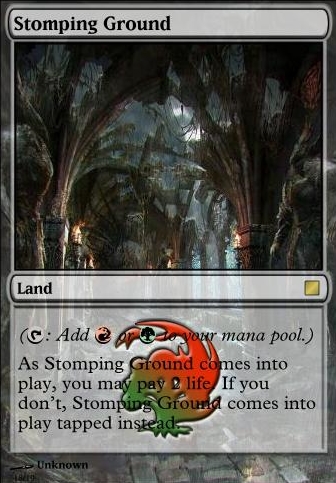 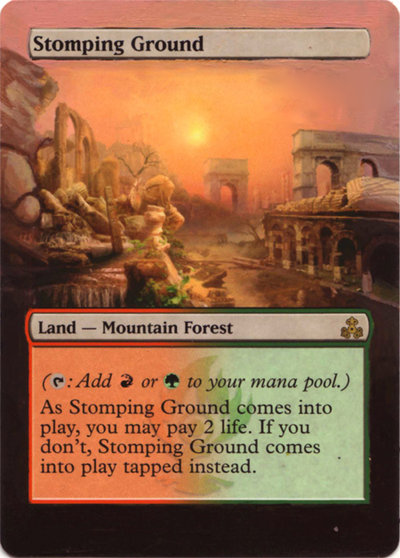 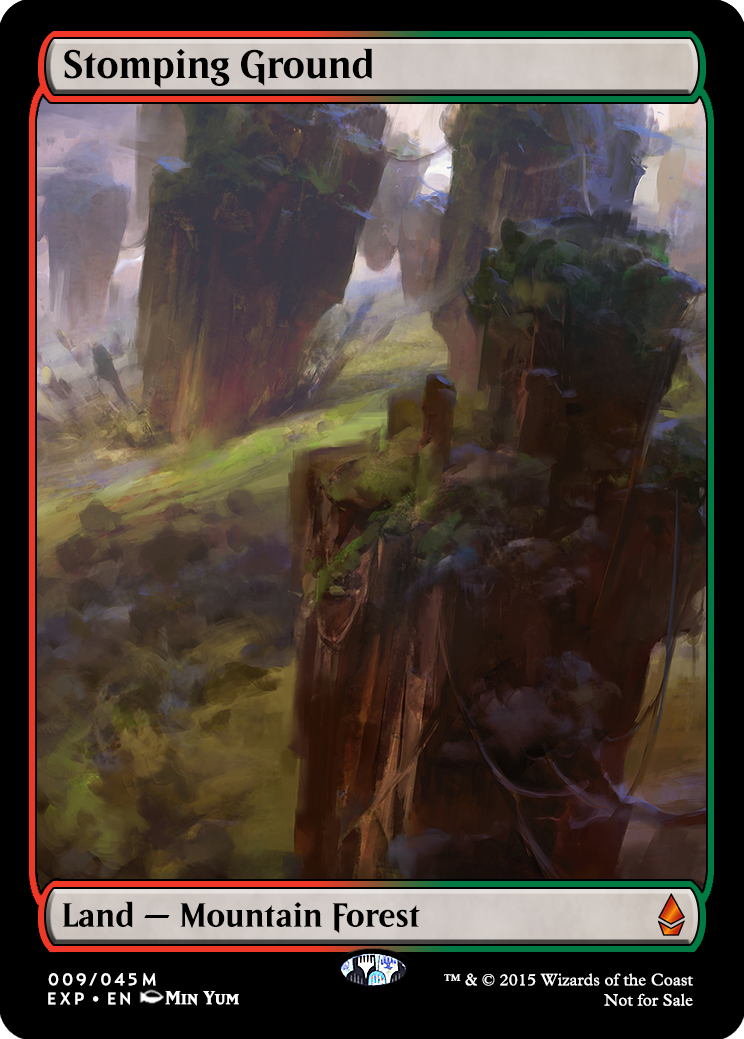 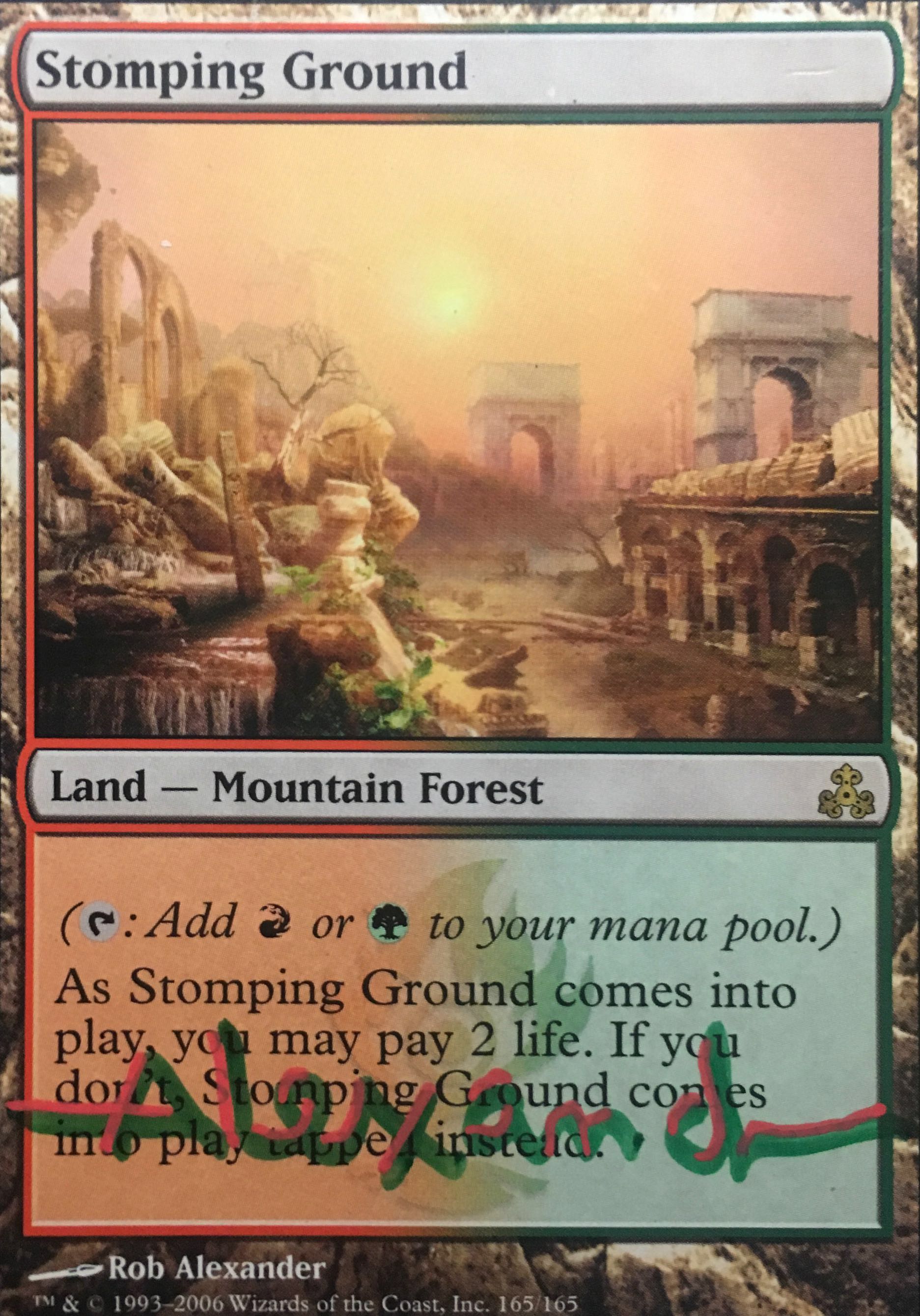 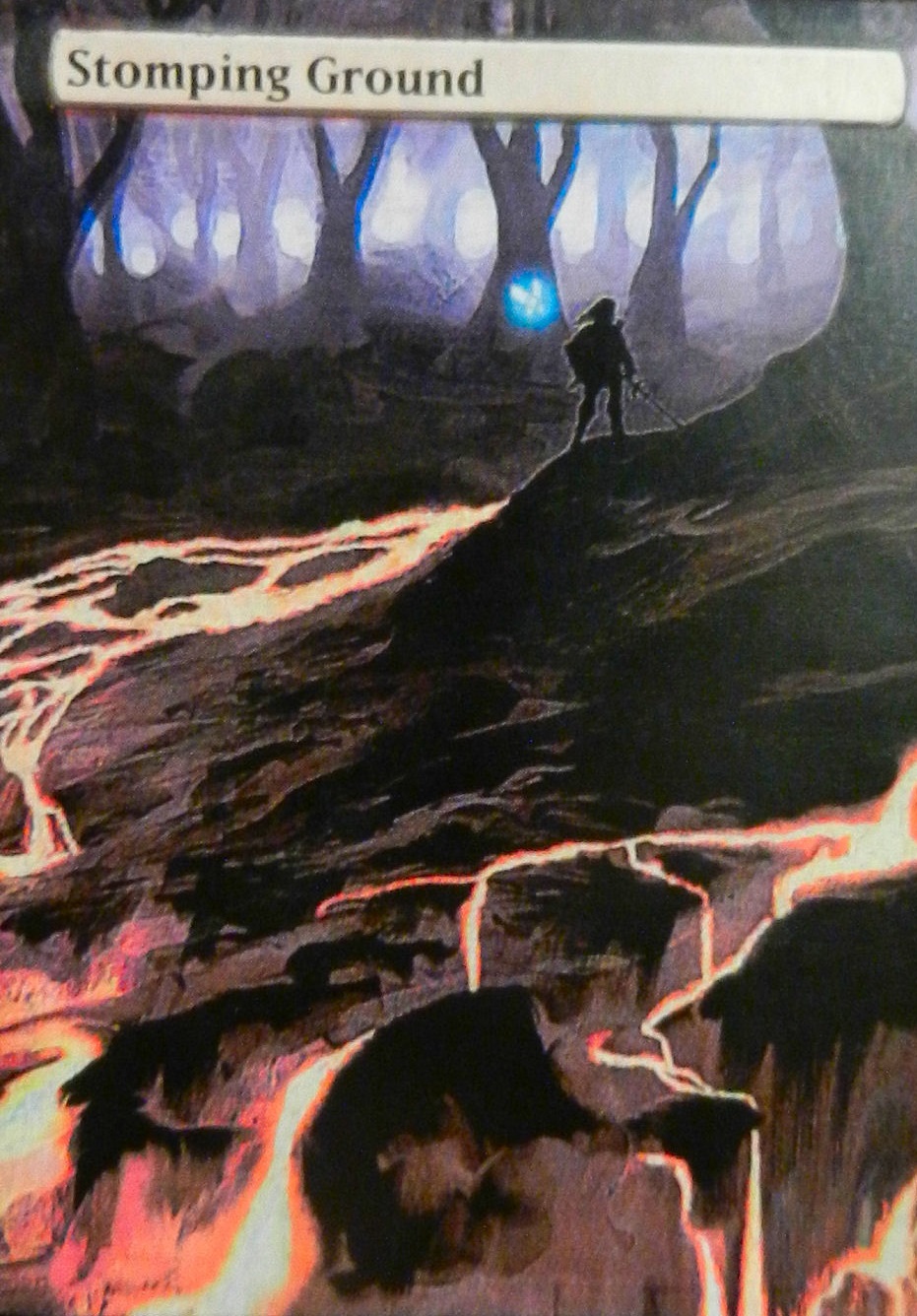 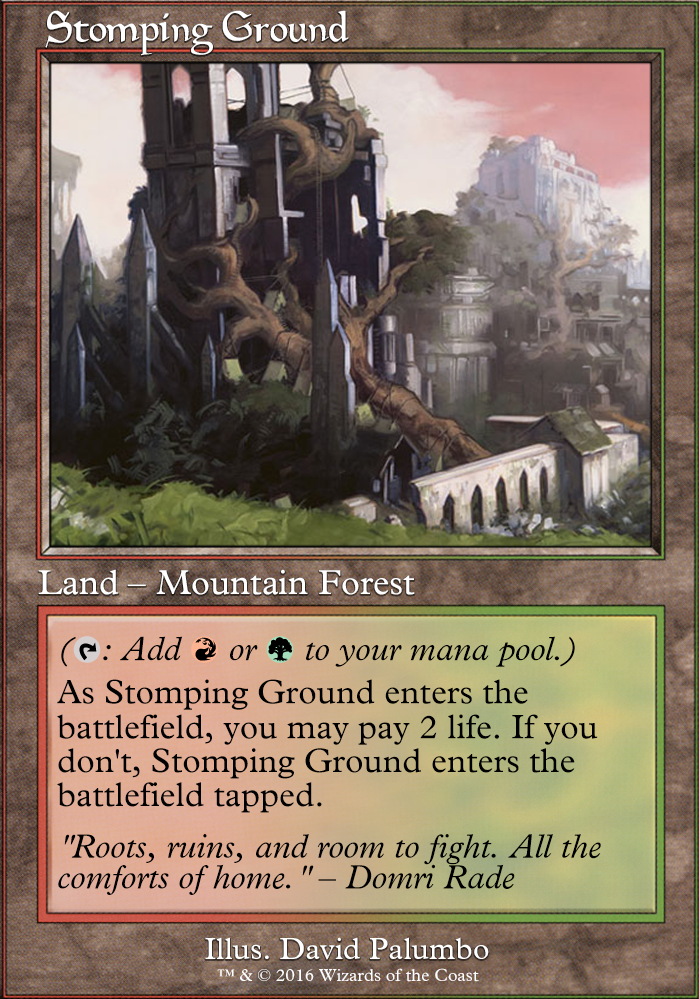 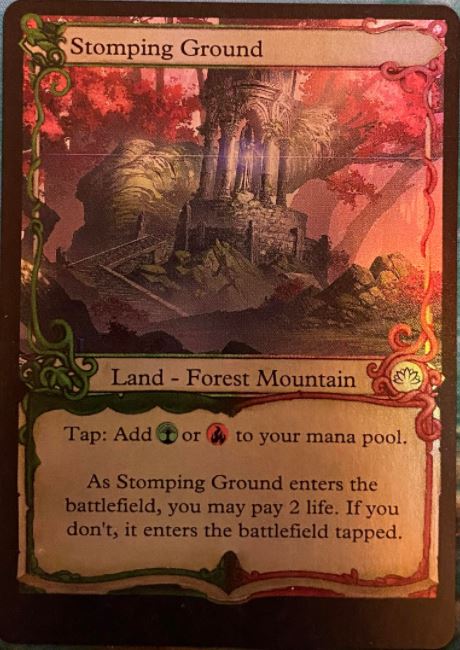 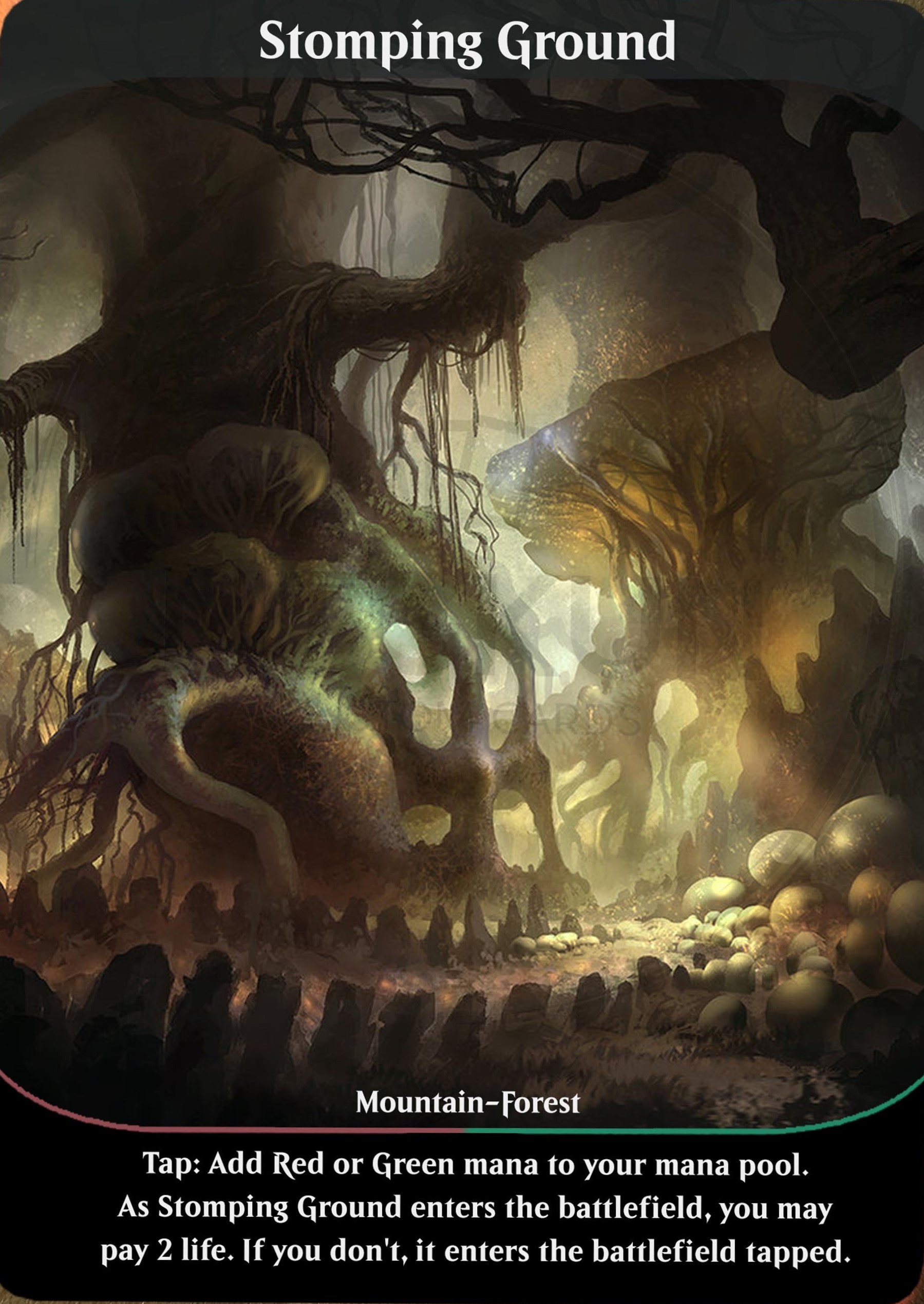 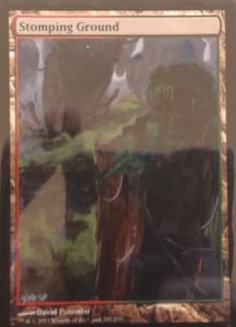