When Nissa, Vastwood Seer enters the battlefield, you may search your library for a basic Forest card, reveal it, put it into your hand, then shuffle your library.

Whenever a land enters the battlefield under your control, if you control seven or more lands, exile Nissa, then return her to the battlefield transformed under her owner's control. The Joy Of Ramping - Nissa EDH
by ijakobe 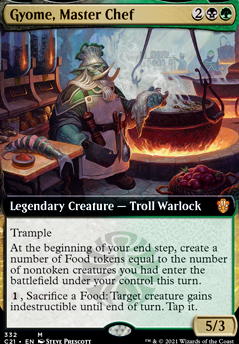 Rockafeller: I actually own most of those, and will indeed take a look at slotting some of them in, if I can figure out what I can part with...I need to look in to acquiring a Nissa, Vastwood Seer Â Flip. She would do well in a few decks, methinks...thank you for your suggestions!

Azeworai on What are some under-rated or â¦

One of my building conditions for a deck is that I have leastwise one Planeswalker. One that has continually impressed me is Ajani Unyielding. In Enchantress-style decks, or ones with few instants and sorceries, it often draws two or more cards each turn. The high loyalty and removal make for it to be difficult to kill.

My personal favourite planeswalkers is Nissa, Vastwood Seer Â Flip. She offers immediate value as a land in the early game whilst still being a fantastic draw late.

Vivien, Champion of the Wilds is another fantastic card. The instant speed is great in all matchups and, in the worst-case scenario, she cycles.

Lastly, and rather similar to Ajani, is Garruk, Caller of Beasts. In creature decks, he draws a whole lot of cards, flooding the board the very next turn. This card is great, and I am surprised people do not have it in more strategies. (I love it in Elves.)