Creature and enchantment spells you control can't be countered.

: Target land you control becomes an X/X Elemental creature with trample and haste until end of turn, where X is the number of enchantments you control. It's still a land.

All my Lands are Creatures and Lands
by Goldberserkerdragon 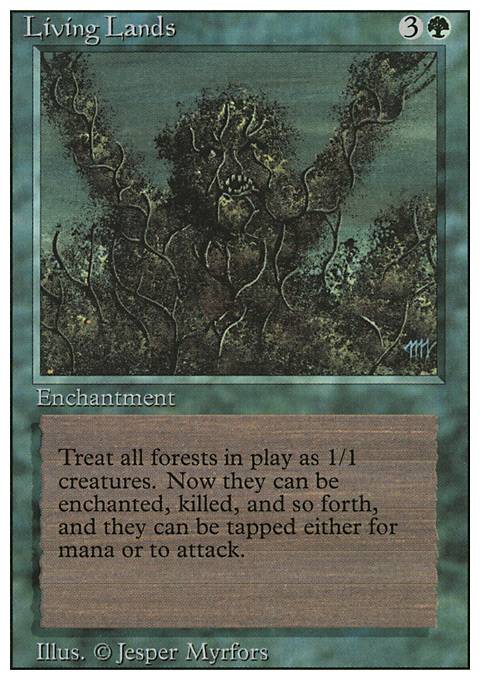