+1: Reveal the top card of your library. If it's a land card, put it onto the battlefield. Otherwise, put it into your hand.

-7: Untap up to six target lands. They become 6/6 Elemental creatures. They're still lands. 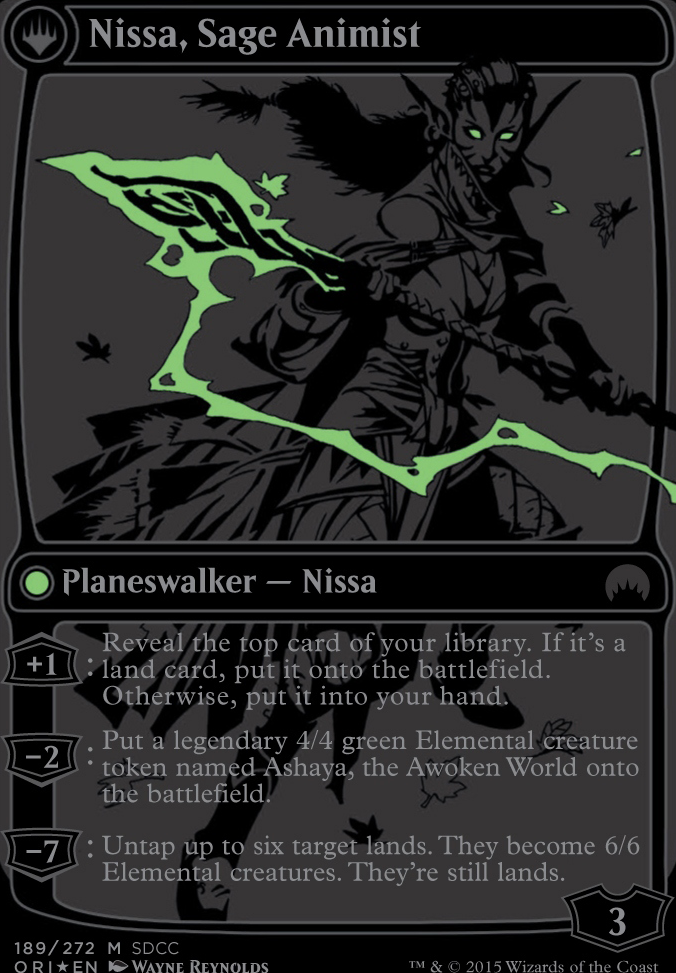 The Roil's Fury
by mande

Can't Think of a Name

Whenever ~~~ attacks, attacking creatures you control gain trample and double strike until end of turn.

Trample and Menace are by far my favorite evergreen keyword abilities, but Trample and Menace together defeats the purpose as you now have to account for two creatures toughness rather than just ones. And Double strike isn't seen very often anymore, or at all rather.

I was thinking of this earlier... we have a Planeswalker for lots of various forms of Magic, but to my knowledge none that create Elementals? And no, I do not count Chandra, Acolyte of Flame. That was a weird gimmicky thing that doesn't even match her, visually. Almost like an entirely different character altogether.

Make a Planeswalker who's magic is crafting Elementals. And yes I am aware of Nissa animating your lands on occasion, and also Nissa, Sage Animist making her 4/4 Ashaya, The Awoken World token.

What I mean is, make a Planeswalker who makes Elemental creature tokens, and cares about Elementals in some capacity. Like that's wholly their thing is Elementals, not just an occasional design element here and there.

This deck has HUGE tracks of land

Thanks Hyperalgialysis! I couldn't resist a Monty Python joke for this "lands" deck.

I have tried using some walkers like Xenagos, the Reveler in the past, but I have never been that impressed by walkers in multi-player commander. I find that most walkers just die right away. Nissa, Sage Animist  Flip I keep because of how well she plays into the deck's theme and the card advantage she provides. That being said, Nissa, Vital Force might be worth a try. I don't run enough swamps or mountains to make Koth or Liliana worthwhile, but if I eventually include Prismatic Omen they might worth revisiting.

Nissa  Flip's ability does not change the color of the lands. Most of the time lands are colorless, so they will still be colorless when they are creatures. 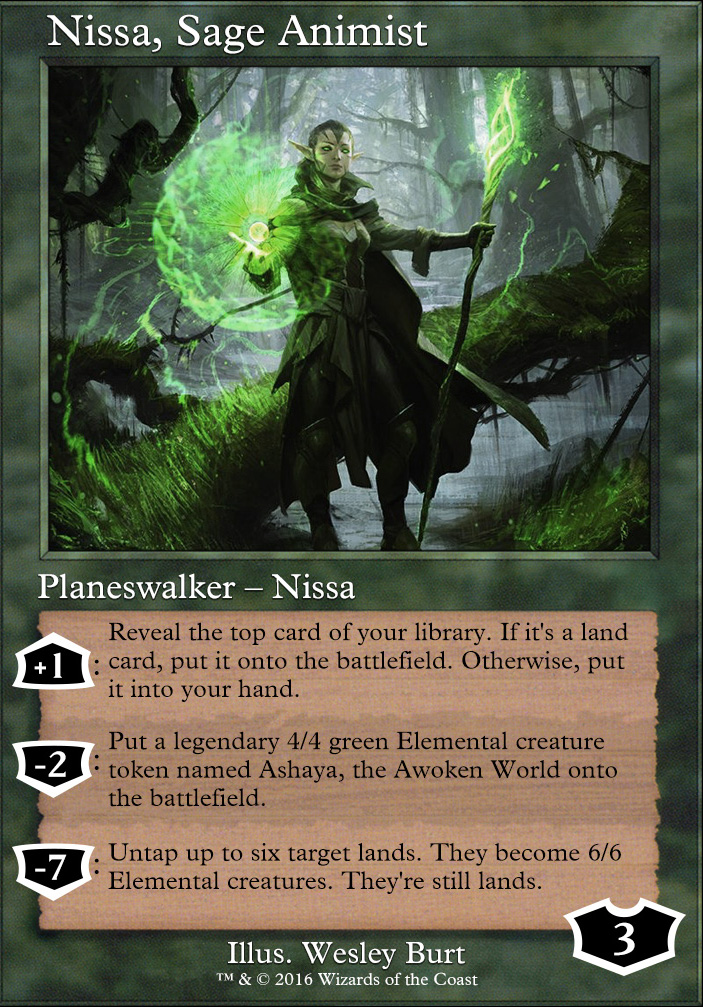 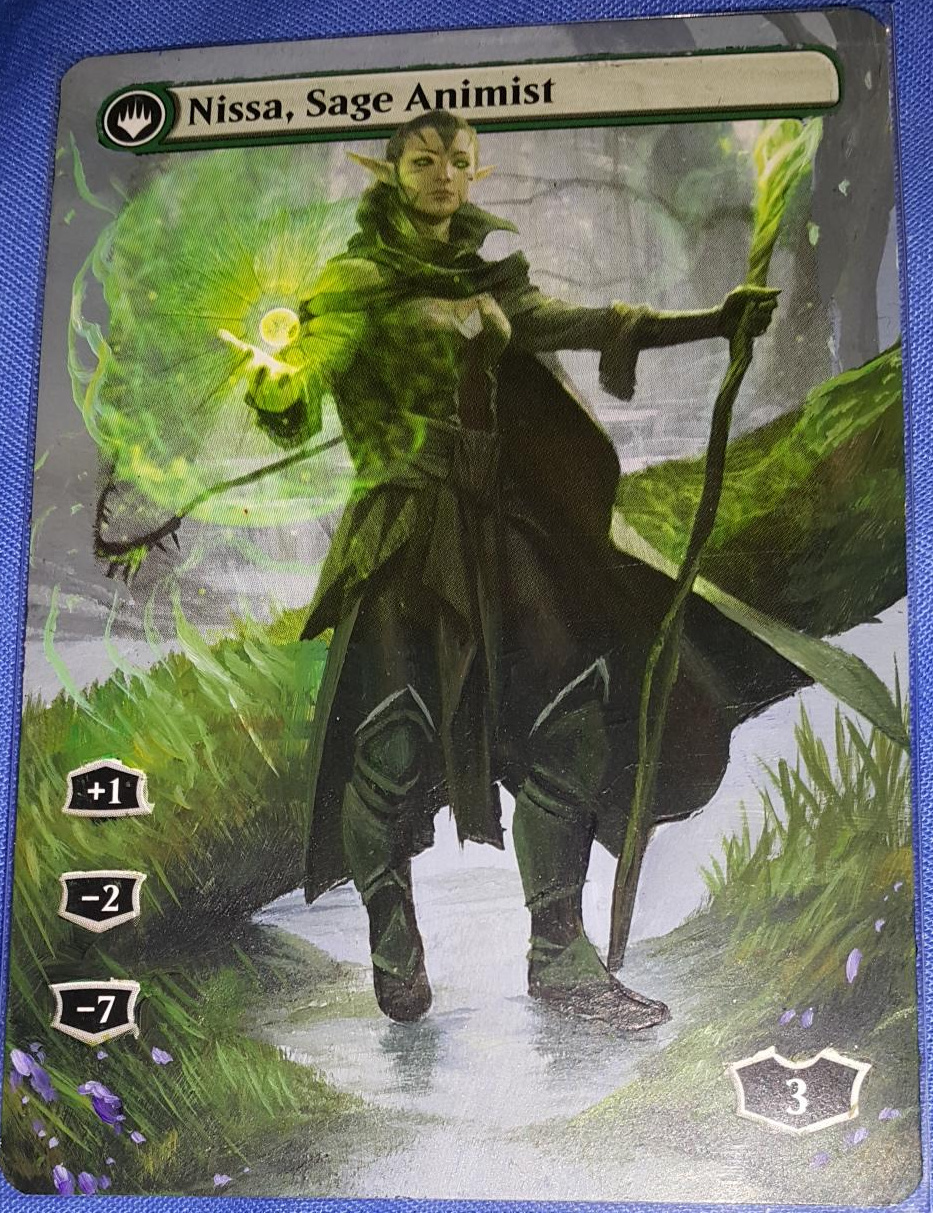 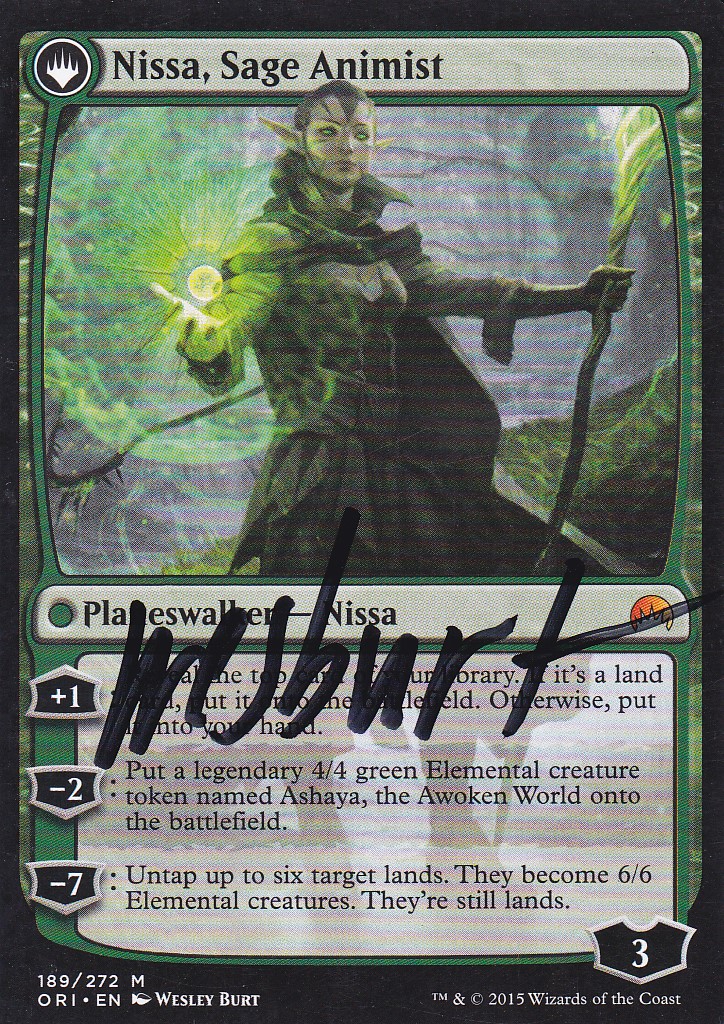 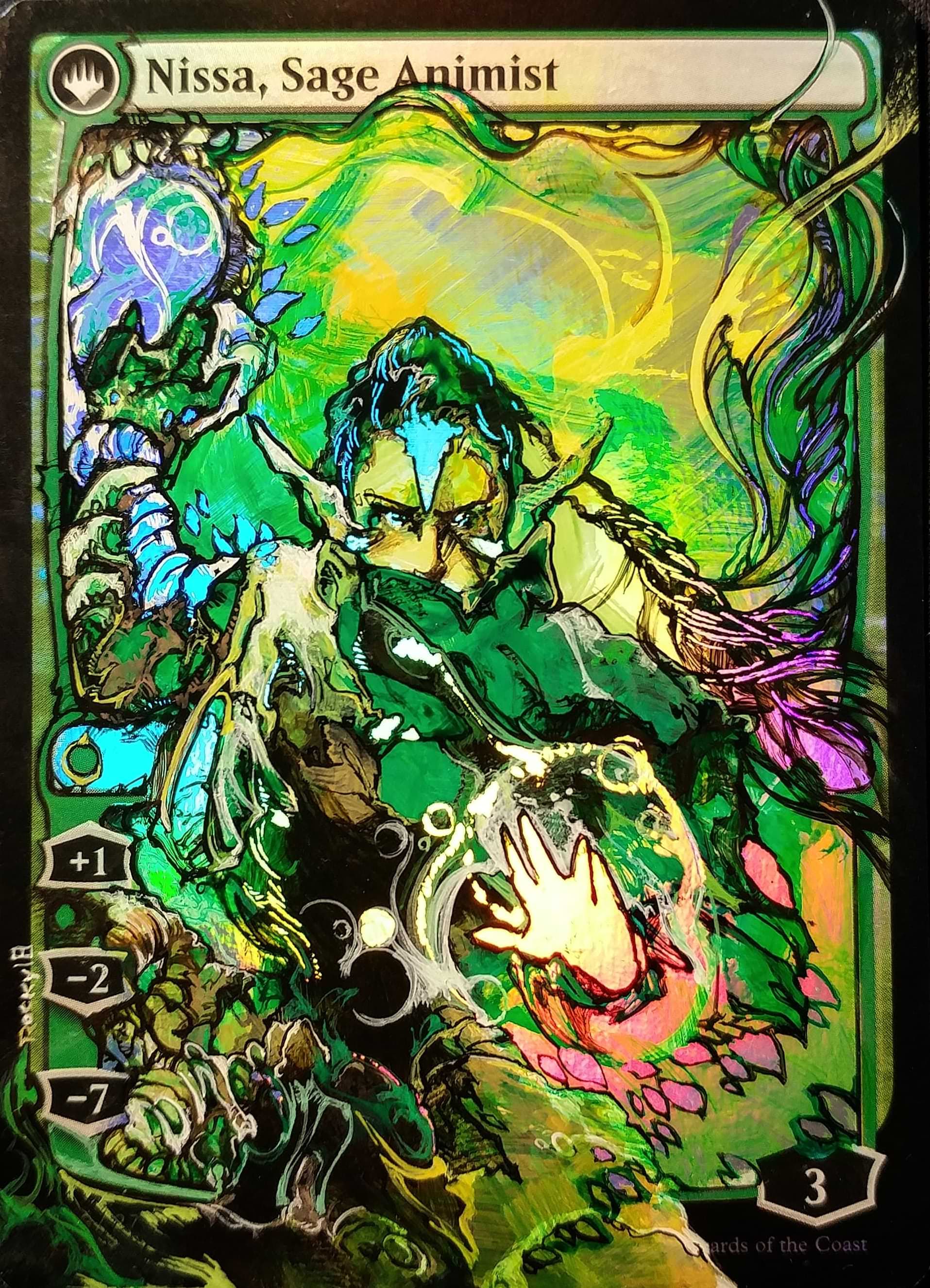 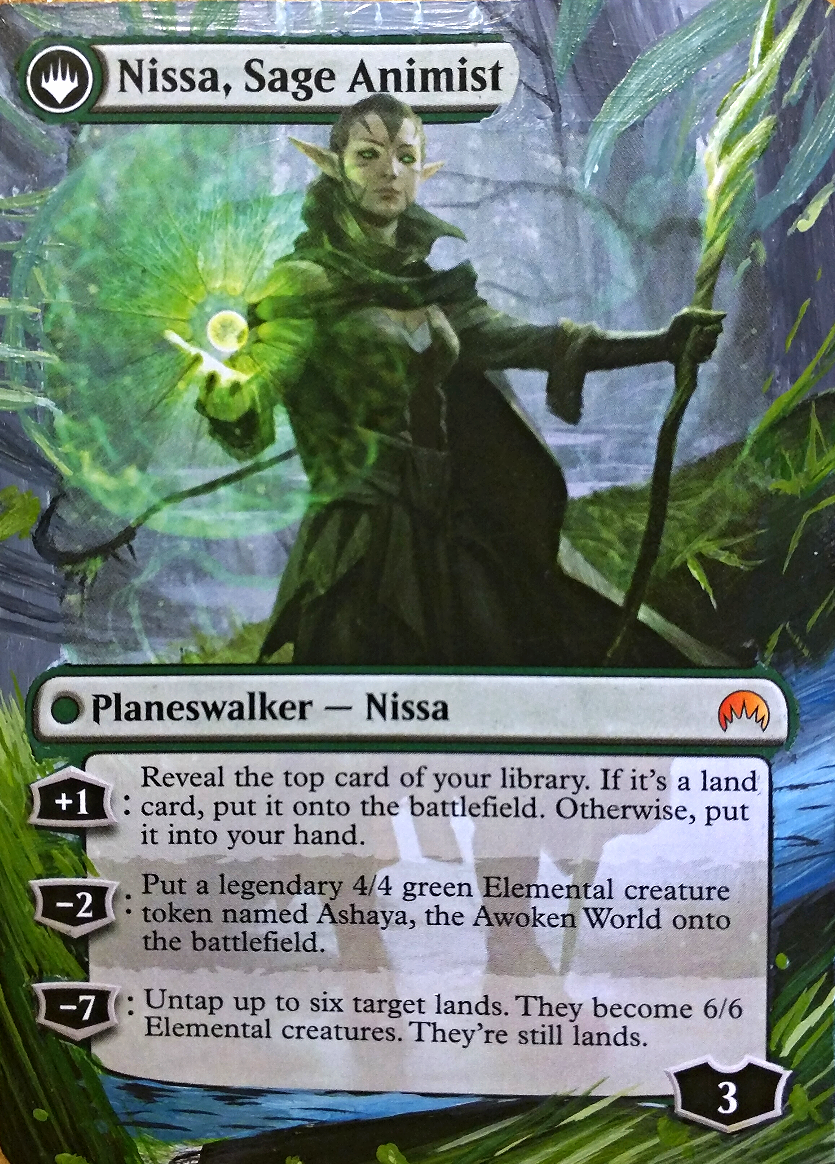