This enters the battlefield tapped unless you control a Forest or a Plains.

Back to the legendary sub conversation I ran a deck in Dominaria standard (with guilds and such) that was basically all legendries: Legendary Soup. Once again no win/loss record recorded on Tappedout but I won so much with it at my LGS the deck has become...legendary. I un-privatized the deck so you can play through it but if not I'll give you a run down of what just accomplished in my playtest:

Left with a land or 2 in hand, Lyra Dawnbringer , Deafening Clarion . Check it out it was really fun and worked surprisingly well.

Hey Goose_ thanks for the response, I appreciate the feedback. I will definitely pick up some board wipe protection, I just don't own any yet in white and green. I'm new to the commander format and only play with 2 others who are both using store bought commander decks at the moment. Most of these cards my brother-in-law gave me so I'm not concerned about price if I already have it and everything I listed here I have XD

I didn't even know Krosan Verge existed but I am already in love. Is it worth replacing Selesnya Guildgate over a basic land when adding in something like Sunpetal Grove ?

Cute deck idea, however a single board wipe just destroys this deck hard. Maybe include some anti-board wipe tech with Teferi's Protection , Heroic Intervention or even Wrap in Vigor . Second, I'm not sure how much you care about price, but that cradle is taking up HALF the price of this deck! There is a new card from the D&D set called Circle of Dreams Druid which does the same exact thing, just on a creature, which is great bc u want to have your commander out anyways. That would bring the deck price way down if you are looking into that. Also, I would replace that Selesnya Guildgate with something like a Sunpetal Grove so that it is more consistent. Another amazing land that is just special to selesnya is Krosan Verge which is EXTREMELY strong! I could help you out some more but I don't want to put up too much of a text wall for you. If you'd like more suggestions, please just @ me! 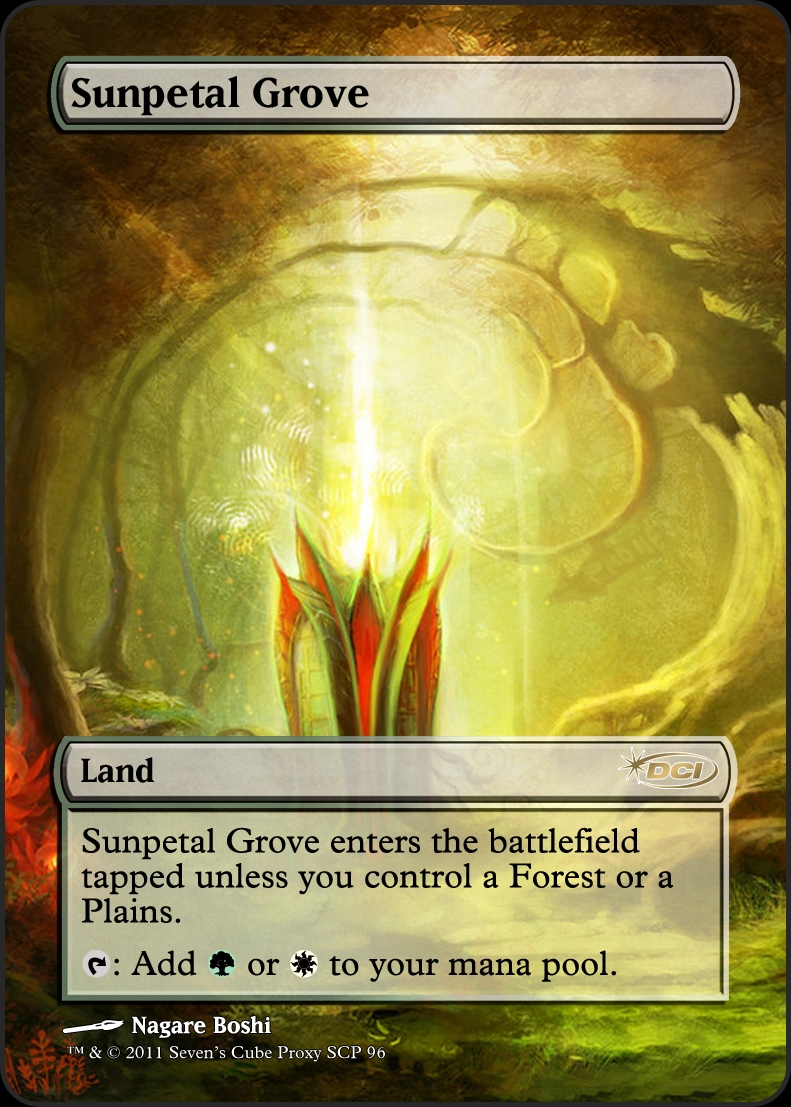 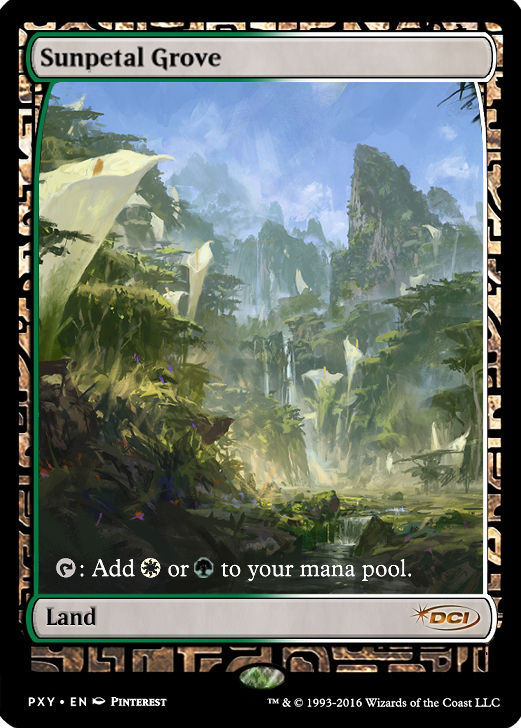 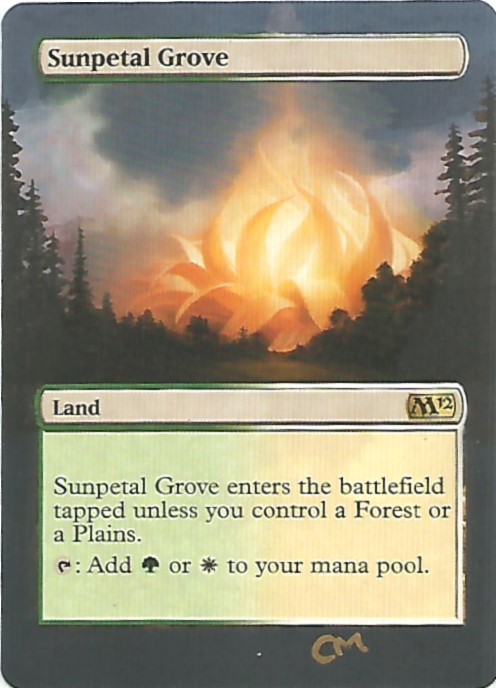 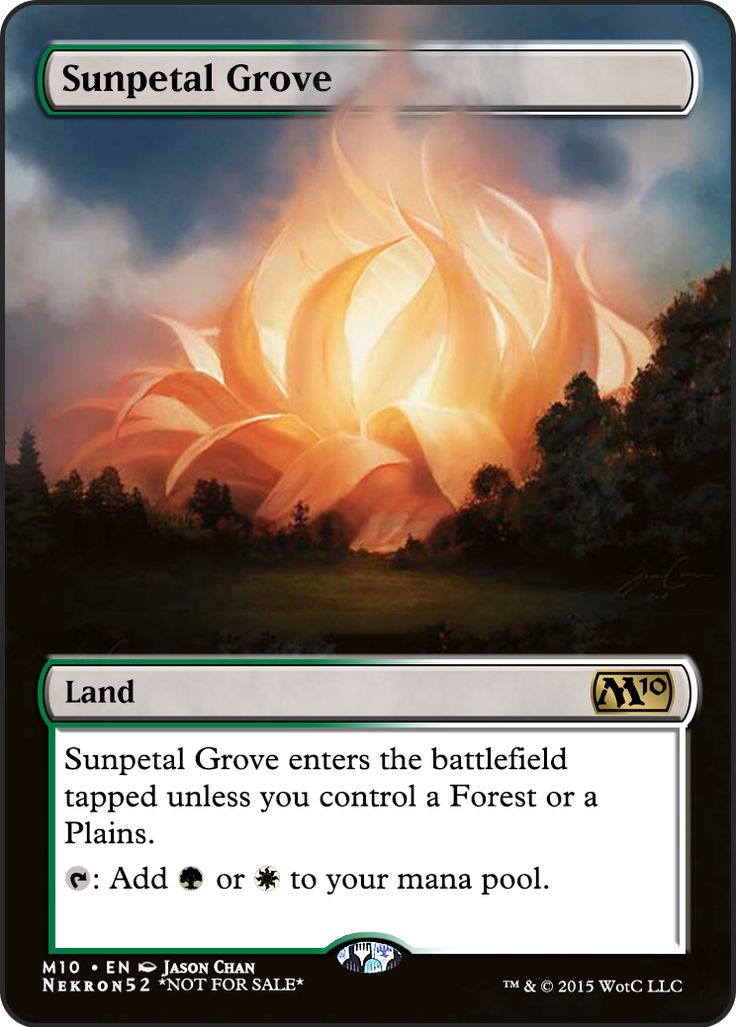 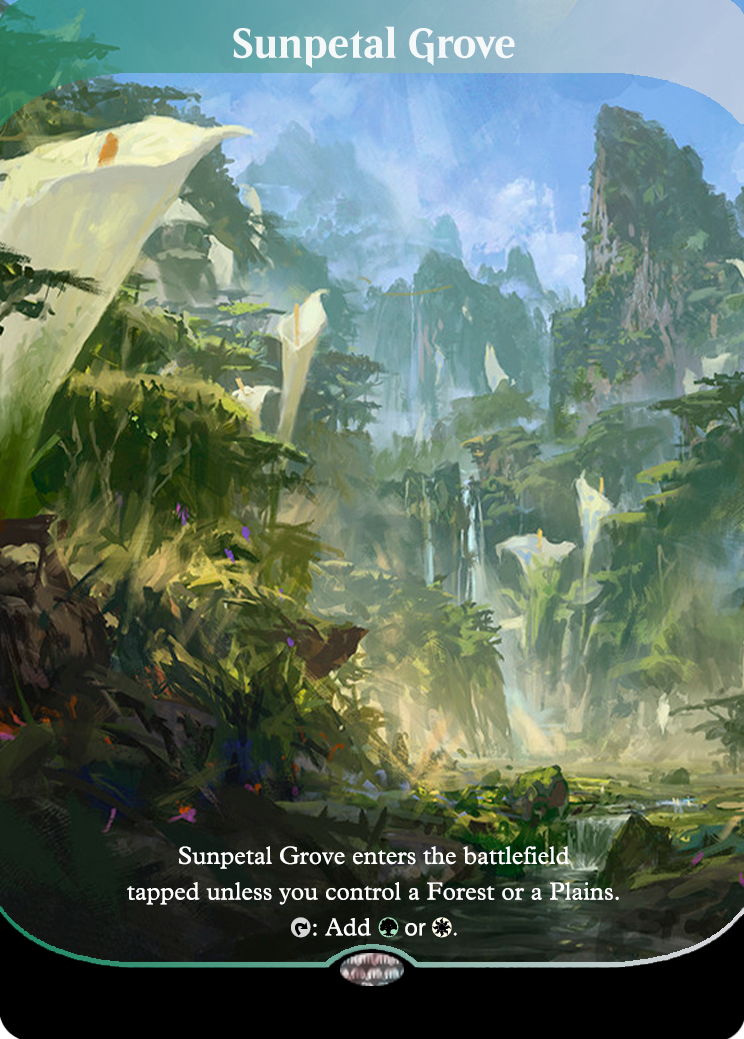 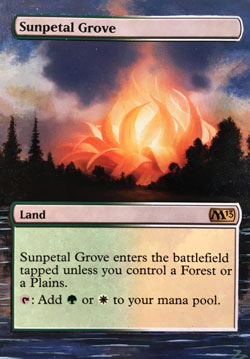 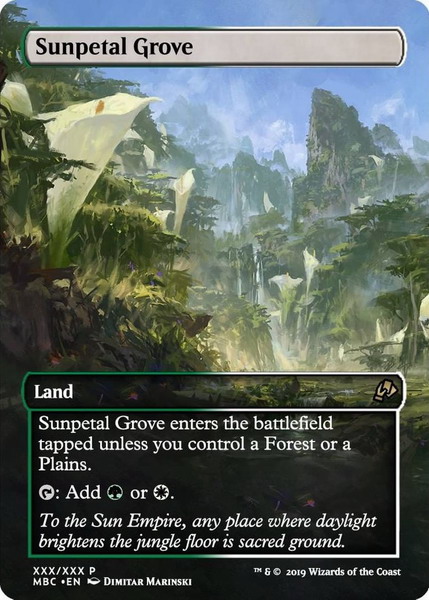 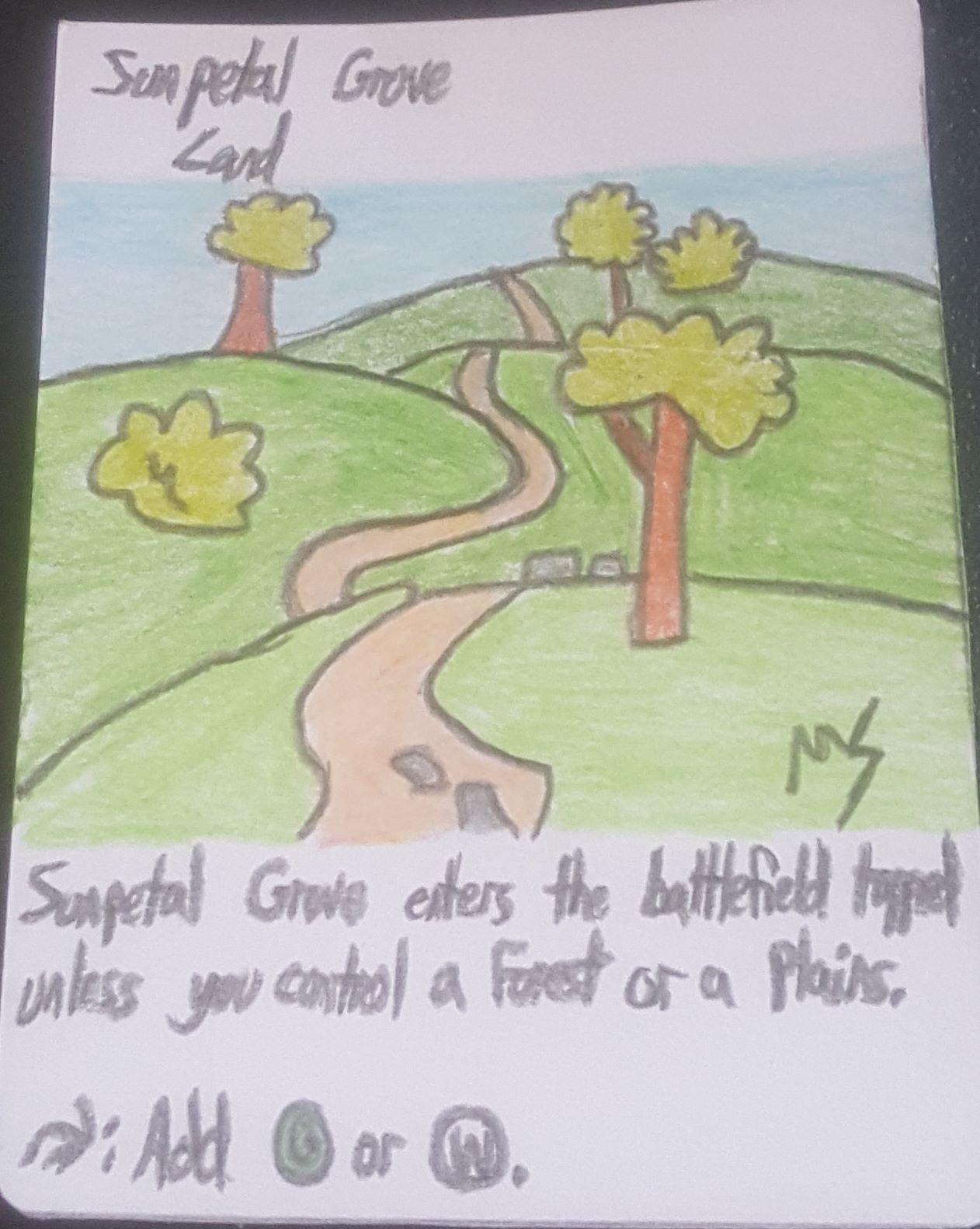 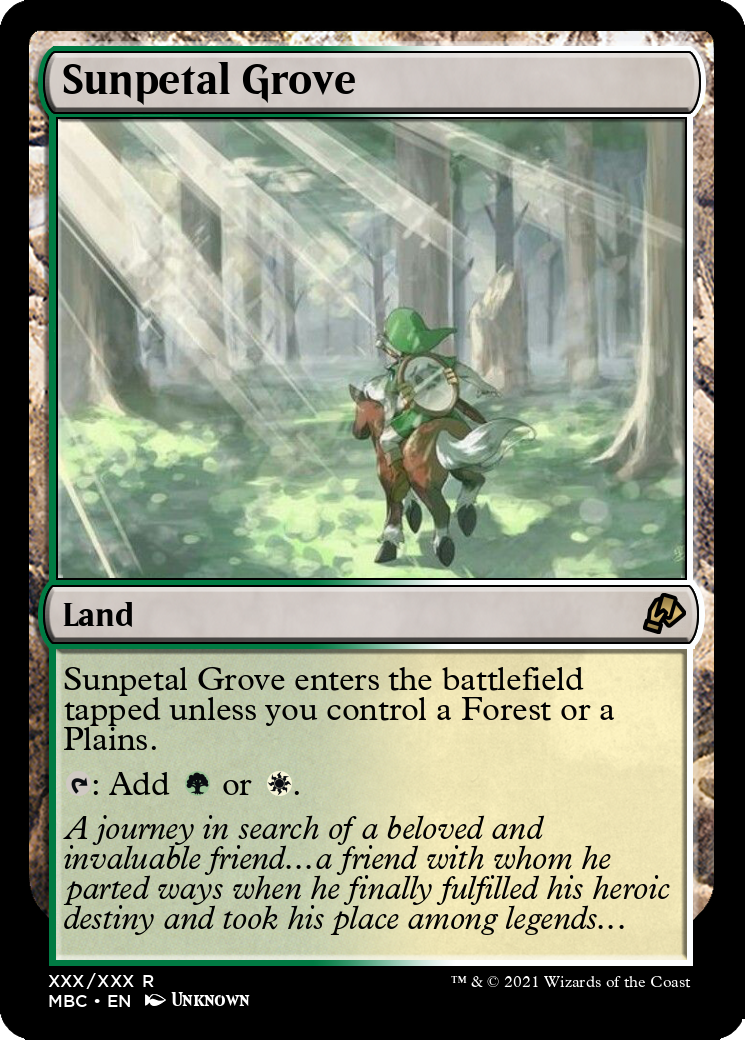 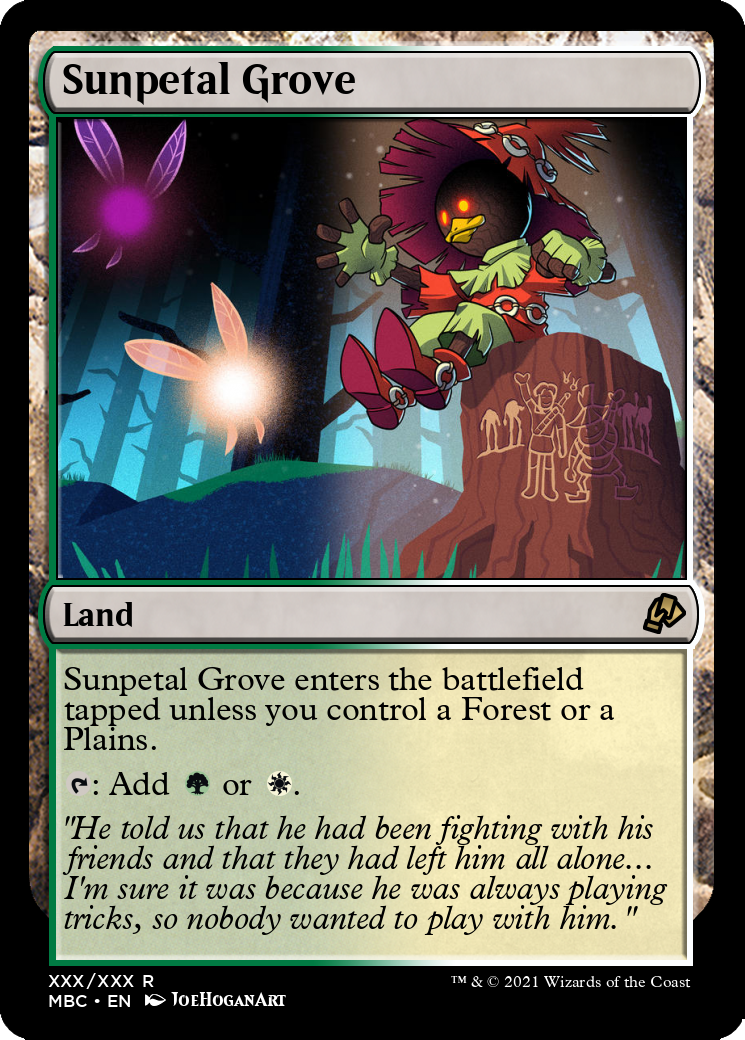