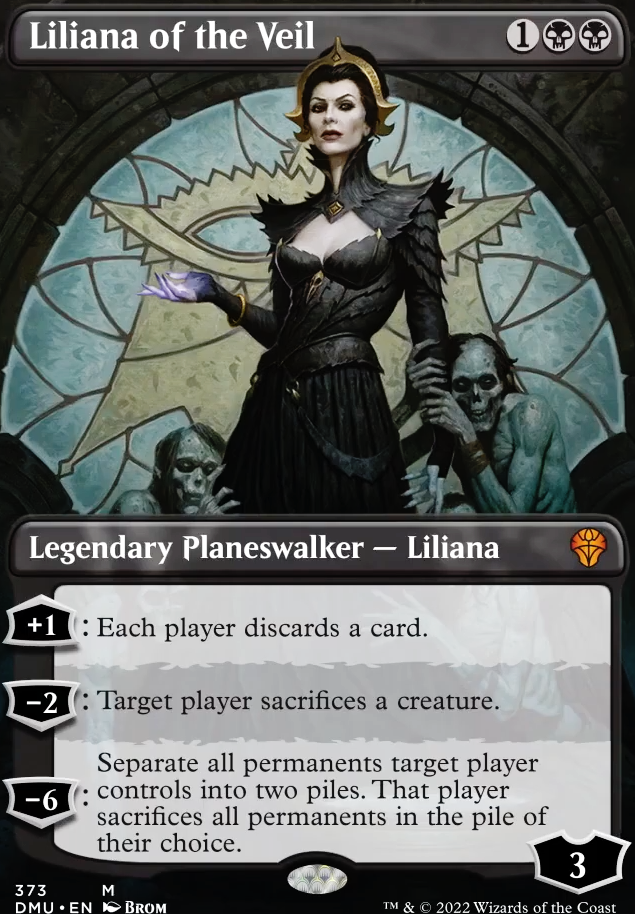 Hovering at $250, this is an affordable deck to get on the Jund train for those who haven't invested into the key cards, but still want to Jund Em Out. Although the key cards are dropping in value, Jund is still out of reach for some players' budgets. I mean heck, just the mana base alone costs about as much as a decent Modern deck. Coming in at just under $600!!!

So this is my take on Budgeting Modern Jund without losing too much of the power this deck needs to run smoothly.
Click the button if you wanna Jund 'Em Out 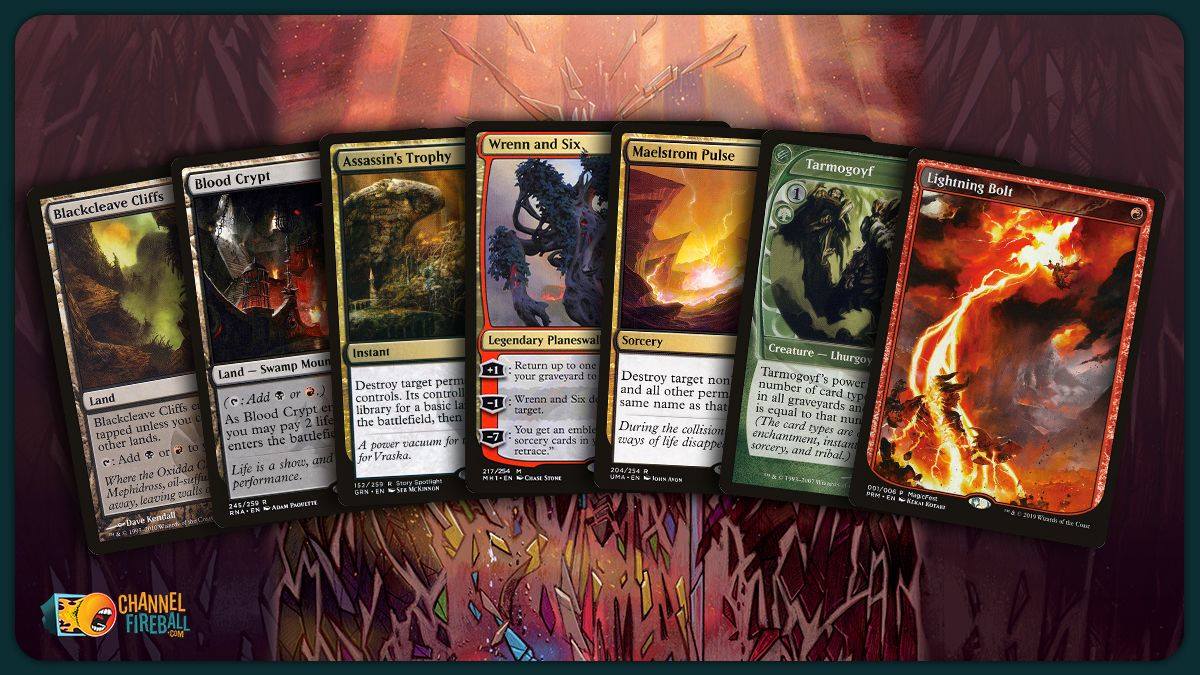 Starting with my current Modern Jund deck below:

Glint-Sleeve Siphoner
There is a reason Traditional Jund decks used to run a playset of Dark Confidant. It's because card advantage is at Jund's core. Jund is the proponent of card advantage with discard spells to seal the deal. Glint-Sleeve Siphoner fills this role nicely. With identical stats to The Great One, a more controlled card draw engine that takes the best parts of Bob and Phyrexian Arena and marries them into one card. While this deck can consistently activate Glint-Sleeve Siphoner on par with Bob, the need for sustainable becomes obvious. As long as we can keep feeding Barb , we can keep drawing more cards. If you wanted to move away from the energy theme, Tireless Tracker or Pain Seer could fill this role. But, that's not what this deck is about. can be a broken resource if cultivated in high enough doses.

Winding Constrictor
The most important accelerator of in the deck, Winding Constrictor comes out on T2 to get the ball rolling. Along with pumping our energy triggers, there is enough of a +1/+1 counter sub-theme in this deck to make this card an all-star. It has a decent body along with it allowing it to hold off early attackers. A prime target for the opponent's removal, it can clear the way for some late game finishers to take over.

Bloodhall Ooze
When Inquisition of Kozilek isn't happening, Ooze is a great opening play as it can draw some early removal to keep Winding Constrictor on the board. The two combo nicely together, giving ooze FOUR +1/+1 counters each upkeep. This can lead to a super fast clock if left unanswered. Top decking ooze gets worse as the game goes on so we don't want to skimp on the full playset. We need this card early on before we start top deck wars. Budget Jund decks just don't topdeck as well when compared with traditional Jund decks.

Kalitas, Traitor of Ghet
Mainboard GY hate with lifelink and +1/+1 counters make Kalitas, Traitor of Ghet a perfect addition to our 4-drop slot. If the game is turning south and we are able to stick Kalitas, we have a fair chance of stabilizing. He's able to pump out tokens with each removal spell and the synergy with Winding Constrictor provides big swings in life totals. The GY hate is premium with Arclight Phoenix and Dredge leading the current meta.

Sarulf, Realm Eater
With so much removal at hand, Sarulf can quickly grow to a reasonable size. Don't forget your opponent's Fetch Lands! This card has a lot going for it and can clear a board with it's (seldom used) second ability. It also helps get Bloodhall Ooze grow with it's GB color identity.

Olivia Voldaren
Ping down the opponents smaller creatures and pump for 2 mana. Firing off her last ability is rare, as she is a big target that typically gets dealt with quickly. But, playing her late game after they've spent most of their removal is a great stabilizing play. Added evasion only helps getting in lots of combat damage to the face.

Scavenging Ooze
Graveyard hate on a stick. Scooze pairs nicely with Winding Constrictor growing twice as fast with each creature it hits. Klothys, God of Destiny could take this spot for more permanent graveyard hate, but the additional strain on the manabase leaves Klothys in the SB.

Skithiryx, the Blight Dragon
A bit of fun here. With the ability to give +1/+1 counters with Nissa, this can be a 2 shot infect kill or with enough Constrictors a 1 shot.

Inquisition of Kozilek
T1 discard is the name of the game. Jund works best when you know how to sequence your plays. Being able to play around your opponent's hand puts you in control of the game. You can force the line of play that works best for you by sequencing your cards in a way that makes the most sense given what answer your opponent does or doesn't have. Knowing that it's better to take a turn off and drop a Raging Ravine instead of jamming a creature that is just going to be countered is information that can't be matched.

Lightning Bolt
Classic removal spell that hits face to let us be aggressive when we need to close out a game. Budget decks typically err on the aggressive side or go all out combo. bolt allows us to control the board and hit for damage as needed. Not so good against go wide strategies and normally gets trimmed back to 1-2 copies post SB for better answer cards.

Thoughtseize
Being able to snag planeswalkers and other big mana threats makes Thoughtseize a standout in Modern Jund. I had to make room for one copy as missing the chance to strip the opponent of their win-con T1 was becoming problematic. The 2 life is minimal since we don't run any fetches. T1 Thoughtseize is the real deal and it wouldn't be Jund without at least one copy.

Abrupt Decay | Assassin's Trophy | Fatal Push
The removal split here is strictly budget oriented. Having a suite of removal this diverse is less than ideal. Should trophy drop in price after rotation I would like to see 3 copies here. But, for now this is what we have to work with. Depending on your meta, Abrupt Decay could be Terminate instead if you have a bunch of delve or big mana threats to deal with. Save Assassin's Trophy for planeswalkers and big threats if possible.

Nissa, Voice of Zendikar
(Recently cut for Drana, Liberator of Malakir)
Our planeswalker of choice, Nissa pumps our team and provides chump blockers to help us stabilize. Combining her -2 with Winding Constrictor, Nissa can bring the game to a sure win.

Pulse of Murasa
Some life gain in a budget deck will usually help aid against aggressive combo decks as these builds usually need more time to get going.

Turn 1 & 2 Land Drops
Jund Midrange lives on T1 discard. It is what gives the deck is personality and lets us strategically dismantle the opponent for the remainder of the early game. T1 is vital to this plan of attack and is a prerequisite for any T1 land drop.

Blooming Marsh
Until Blackcleave Cliffs sees enough reprints to be budget friendly, Blooming Marsh is the closest pain-free T1 dual land to the real deal. It sets up T2 nicely as getting an early Winding Constrictor is a key piece of the decks engine. It also provides the mana for Abrupt Decay and Assassin's Trophy.

and much of the removal package. This build also uses Bloodhall Ooze as one of the primary offensive weapons so getting one in play early can put early pressure on the opponent.

Llanowar Wastes
Decks running Hexdrinker, Chevill, Bane of Monsters, or Hardened Scales need early . However, I find this to be more suitable in a Rock build with Blooming Marsh already well represented.

is a good option for when you have no T1 play. Ticks all of the color boxes with no pain. The ETB tapped can be clunky at times. Ziatora's Proving Ground has the added utility of being able to cycle it away when you're flooding and can be fetched against opposing Boseiju, Who Endures. Another option, Gemstone Mine

, gives you 3 chances to take over the board but after that you are down a land drop. Pick your poison.

Blood Crypt | Overgrown Tomb | Stomping Ground
Balancing the number of Pain vs. Shock Lands is a necessary evil. Prioritizing T1 and having enough / to go around, we want more for Scavenging Ooze and Nissa, Voice of Zendikar.
These lands are becoming increasingly more expensive as they go without a Standard legal re-print in almost 5 years.

Aether Hub
The best mana fixer in the deck so long as we can keep feeding it. Be leery of opening hands with Aether Hub as the sole mana source as without a way to renew energy you can get stuck with a bunch of Wastes. That doesn't play nice with a 3-color deck that thrives on efficiency. Aether Hub is better with Winding Constrictor in play and should always be held until afterwards if possible.

Blightstep Pathway Â  | Darkbore Pathway Â  | Cragcrown Pathway Â
While you can get away with playing these on T1 or T2, I like to hold onto these as long as I can to smooth out the blend of available mana. It sucks to play one side, only to then flood out on that color.

Basic Lands are needed to combat Blood Moon decks that show up whenever the meta has a lot of greedy mana and tron decks. The odd Field of Ruin or Path to Exile don't need any help.

Raging Ravine | Treetop Village | Hissing Quagmire
Creature Lands are vital to protecting against mana flooding. They enter tapped but can be a grindy finisher when all of your other threats have been eliminated.

Haunted Ridge | Deathcap Glade | Rockfall Vale
Taking the place of Shock Lands in this list are the 3 Jund color slow lands from the latest Innistrad block. Being a budget deck, spending $20+ on a land is tough to justify. Until we see another re-printing of Shock Lands, these are here to stay. Although they can be clunky early game, being 1-ofs helps limit this problem.

Takenuma, Abandoned Mire
This deck is built around heavy synergies among the creatures and planeswalkers. Being able to recur a key piece of synergy makes this a great utility land.

See the rest of the decks in the Budget Modern series : So, You Wanna Play Modern Yea?

Looking to play Jund in other formats?

500 UpVotes! Thanks to everyone whoâs given their input on the list. Itâs taken lots of help to get the deck tuned to the point that it is today. This deck is a passion of mine that I love to play at Modern events whenever I can. Iâve taken down some fully powered modern decks over the years with this deck. This wouldnât be possible without this community. Thanks again for all of the support.