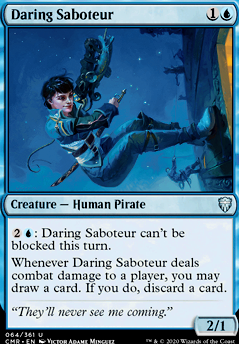 Whenever Daring Saboteur deals combat damage to a player, you may draw a card. If you do, discard a card.

What's Yours Is Mine
by Skippyg 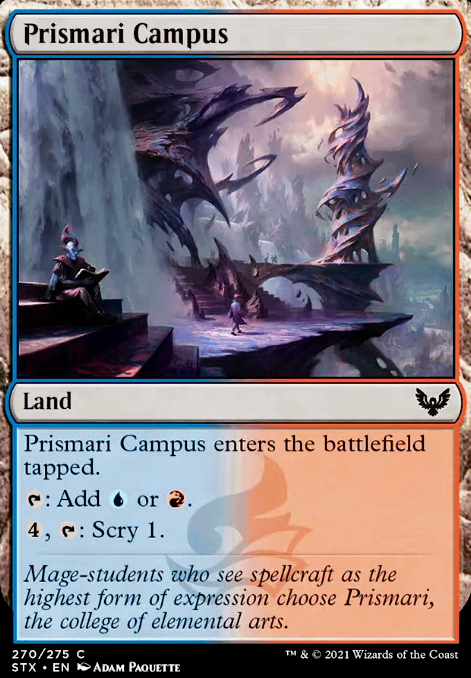 A den of pirates and rouges.
by CamAnime

Pirate's life for me
by SirDank 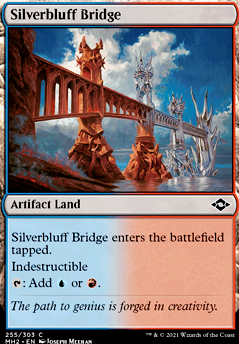 One way or another.
by 2black2well 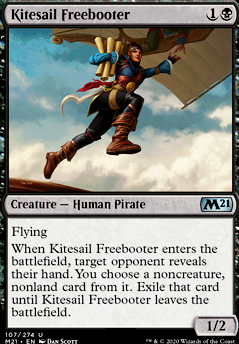 Hey, well done first version and less than $100 is impressive.

Glint-Horn Buccaneer is a combo with Malcolm which can be lethal damage to your opponents as a win condition, lots of card draw to find a card you need and if you have three or more opponents create lots of extra treasures. Without the combo Buccaneer is excellent to trigger Malcolm and Breeches because he does damage to each opponent. It's worth expanding on repeatable looting (draw/discard effects) with Buccaneer such as Mask of Memory and Daring Saboteur.

14 of the 24 Pirates here will have a difficult time doing combat damage to a player because they lack evasion. You have some ways, mostly equipment, that can make the equipped creature unblockable, but these only work with one Pirate. Archetype of Imagination is the kind of budget card you want to ramp into with treasures because it gives all creatures you control flying and unblockable since your opponents creatures lose flying meaning they're unable in combat to block flying creatures.

Departed Deckhand is a two drop Pirate who will consistently be unblockable. He's also a mana sink to make other Pirates consistently unblockable especially Breeches. Siren Stormtamer is a one drop flying Pirate who can sac itself if you need it to protect another creature or yourself from a spell or an ability.

Tandem Lookout is helpful repeatable draw especially if soulbond to Glint-Horn Buccaneer or Lightning-Rig Crew because then you draw cards equal to the number of opponents you have each time. Lookout can pair with different creatures when him or they ETB. It can first soulbond with Malcolm and then if you want another Pirate later on; just pairing with a flying Pirate is good.

If interested I offer more help including cards to consider cutting. Good luck with your deck.