, , Put Timestream Navigator on the bottom of its owner's library: Take an extra turn after this one. Activate this ability only if you have the city's blessing.

Timestream Navigator occurrence in decks from the last year 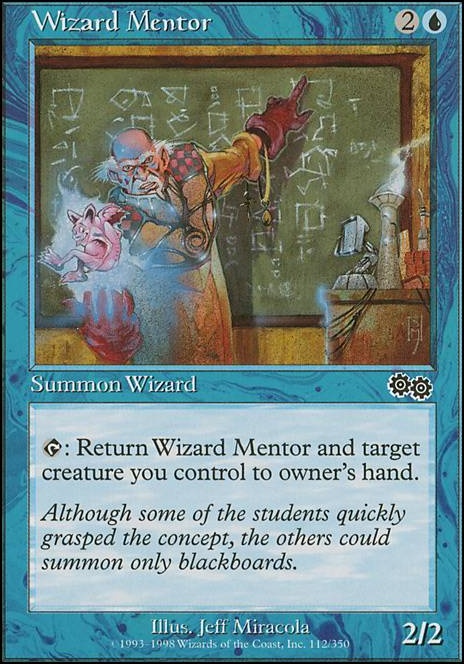 Steelspike on What personal values do you ...

enpc No. That's your punishment. Commander is supposed to be about interacting with other players and having fun. I don't play Legacy or Modern for a REASON.

Gleeock I have some "I win" combos in my decks because eventually, games have to end. My rule is I'll (almost) never tutor for them. If, say, I have Grenzo, Dungeon Warden out, and I draw Timestream Navigator, Imma take all the turns. Or, if I have 4 experience counters with Ezuri, Claw of Progress and draw Sage of Hours, again, Imma take all the turns.

You'll need 3 creatures: Forerunner of the Coalition, Timestream Navigator, and Deadeye Navigator. Activate Timestream and tuck it to the bottom, which will give you an extra turn. Then activate Deadeye soulbound to Forerunner, and blink Forerunner. When it enters the battlefield, search for your Timestream you just tucked, and put it on top. Then swing out with whatever you've got. Now on your next turn, you can cast Timestream, make sure it has haste by way of Lightning Greaves or some other on-board haste enabler, and repeat the play. Congratulations, you now have infinite turns.

I've been testing a Balustrade Spy / Undercity Informer dredge- I feel like this is likely the fastest goldfish, but depending on how prevelant land destruction is in the format it might not be viable as it relies on tutors like Traverse the Ulvenwald to get lands out of your library. In that list, narcomoeba is an all-star.

I've also considered building a Timestream Navigator package into it so you can just combo out with creature tutors, but card slots are tight.

Basically, every modern player with a pet brew will be trying to shoehorn it into a new format. And all the things that were stopping them being played aren't in that format. Except thoughtsieze, which everyone has.

I'm pulling Soulfire Grand Master off of the shelf. I'm wondering about Eldritch Evolution on Hooting Mandrills . Jace, Wielder of Mysteries and Creeping Chill in a format with Undercity Informer and Balustrade Spy .

All the janky lists which just needed one more thing. These first few weeks are going to be wild. Like early modern, with 24/7 storm.

BIG UPDATE: Recently finished some decks, & this one's next.

Remember what I said about Timestream Navigator Earlier? Well, I also ponder how many useful Targets Helm of the Host has; & what's it good for? Well, I though a lot about it: How many uses for it are there? & IF this is meant to be Flavor-Tribe Based, what about the Deceit? Broken Alliances to benefit yourself? You know, what famed Pirates like Edward Teach (Blackbeard), & even Fictional Examples like Ol' Cap'n Jack Sparrow (Sorry for the references; I just hope those two examples are well known at least...)? That said, I've 2 questions; one will be in the OP, so 1 for now. Is the following combo Legitimate?: Helm of the Host + Timestream Navigator ? I'll update the OP after.

Thanks for all the help thus far BTW! ;D

Back again. I just wanted to know just one thing: Timestream Navigator requires her to be at the Bottom of the Library as a cost to make infinite loops of Extra Turns.

From there, Assembly Hall is out; Who has a 2nd copy of any card that's not a Basic, or if the rules text bypasses thus as easily?

Token creation cards like Soul Foundry & Mimic Vat won't work. Timestream Navigator would have to be DEAD before Imprinting her.

Which leaves us w/ Feldon of the Third Path & Followed Footsteps . If neither work so well either; then the Navigator will be thrown overboard w/ a leftover Naval Mine.

So who will it be?

Feldon of the Third Path ?

I'd love to know your answer, please respond soon...

Back. Well, I'm still in a pickle for this situation:

B: Keep her as an Infinite Turn Combo; w/ one of the following:

Not counting the Kiki/Twin duo, this is all I can think of. What's the best choice as well as being flavorful? Why I say "Flavorful"? Several users on this site actually wanted this to be as Flavorful as possible. But what is truly good here? Is going Flavorful too much? If so, what line to draw?