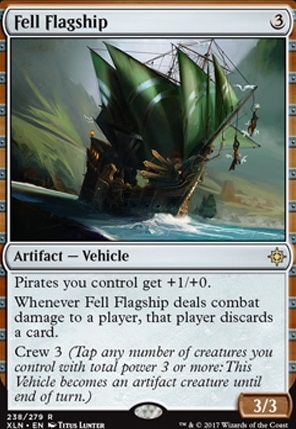 Whenever Fell Flagship deals combat damage to a player, that player discards a card. Crew 3 (Tap any number of creatures you control with total power 3 or more: This Vehicle becomes an artifact creature until end of turn.) 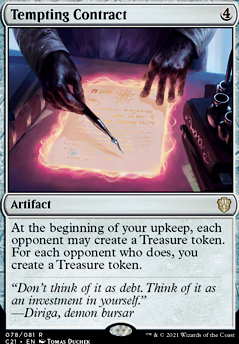 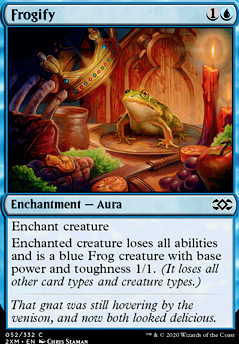 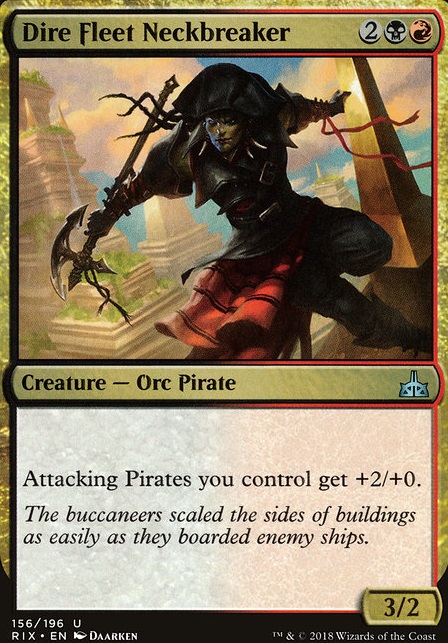 Fell Flagship 's quite a good situational card for my matches so far. Aside from its +1/+0 buff, I usually crew it for its discard effect and I usually do it so that creature spells I cast during my turn can technically attack. I don't rely on its discard effect much though since my goal is to get creatures out as fast as possible, but in matches against control/tempo type decks, it quite helps.

Yes, March of the Drowned is kinda slow for my deck, and it's only been useful for me in certain long game situations. I figured that since I can win games in 4 or 5 turns (based on my playtesting so far and with an ideal hand), I just need it to be more consistent by basically just adding more cheap creatures to my board as early as possible.

Run Amok was a card suggested (and given to me) by my friend as a replacement for Buccaneer's Bravado , and I find it to be a better combat trick in almost all situations since it gives +3/+3 AND trample while the latter only gives first/double strike with +1/+1. In my recent playtests I realized that trample fits my game more especially in dealing with chump-blockers, given that getting damage through as quickly as possible is the deck's goal.

I also replaced Captain Lannery Storm in favor of Ruin Raider , and I find its Raid effect to be more helpful than the former's treasure token production so Ruin Raider is now in my 3-drop spot. Hehe