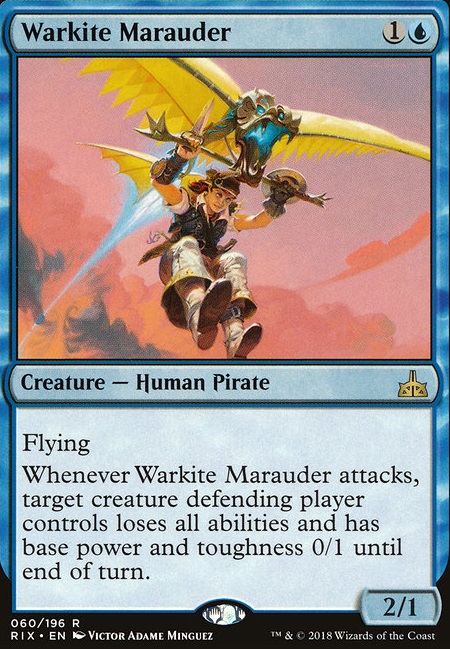 Whenever Warsail Marauder attacks, target creature defending player controls loses all abilities and has base power and toughness 0/1 until end of turn. 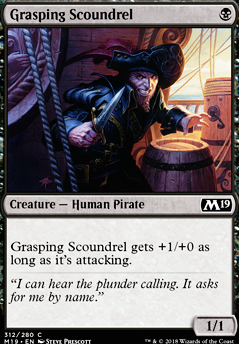 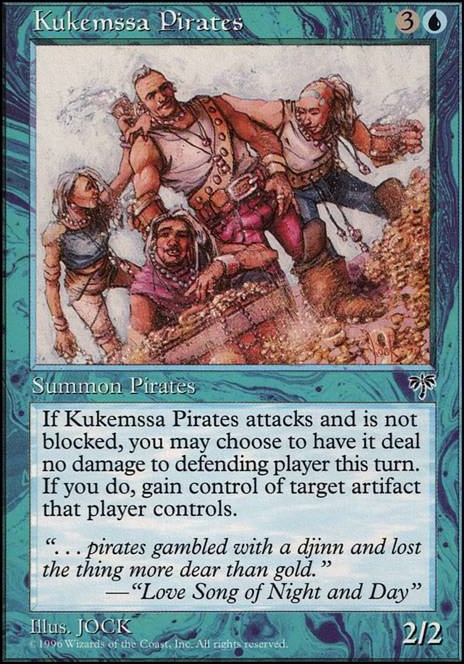 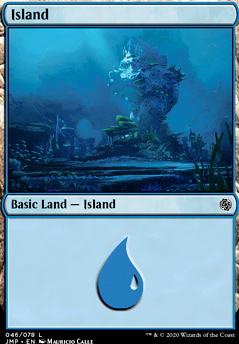 Berserkers' Onslaught would allow each combat hit to trigger twice. I'd throw in a Warkite Marauder

Hey, well done so far with your budget version of these partner Commanders.

Glint-Horn Buccaneer is a pinger when you discard and has game winning interaction with both Malcolm and Breeches. Buccaneer by itself combos with Malcolm by activating it during combat to potentially be a win condition as long as when you combo you have at least two opponents and realistically more than 40+ cards in your library. If you add Breeches then even if you don't kill all your opponents with damage from Buccaneer you can exile a ton of each opponents library. If you have three or more opponents when you combo then it makes extra mana with treasures to cast a lot of your opponents spells that you exiled.

Freed from the Real combos by enchanting any pinger when it's a Pirate + Malcolm for infinite ping. Lightning-Rig Crew already suggested by carpecanum is already a Pirate who pings. Without Freed, Crew by itself is still very good with Malcom and Breeches because it pings each opponent with one activation.

Can take better advantage of Crew's untap when you're playing other Pirates such as Warkite Marauder who has flying evasion and good interaction with other pingers. When it attacks you can make a creature of defending opponent a 0/1, then ping it for 1 damage to kill it. Siren Stormtamer also has flying evasion and it can counter a targeted spell to protect a creature such as Glint-Horn Buccaneer or yourself by sacing itself.

Hey, having more low CMC Pirates who have the better evasion (flying or unblockable) can help to do combat damage to opponents to trigger Malcolm and Breeches.

Lightning-Rig Crew has great interaction with Malcolm to create treasures and Breeches to exile your opponents cards. Since Rig does damage to each opponent you create a number of treasures equal to the number of opponents you have or exile a card from each opponents library.

Sol Ring is a staple mana rock in Commander that can go in every deck you make. Having more repeatable draw is helpful in Commander and when one of your Commanders has flying then cards that let you draw when you do combat damage to an opponent are consistent options:

If this upgrade interests you then I offer more advice of what cards to consider cutting.