Whenever Lorthos, the Tidemaker attacks, you may pay {{8}}. If you do, tap up to eight target permanents. Those permanents don't untap during their controllers' next untap steps. Ah yes, the salt chuck has wildlife.
by Definitely_garbo 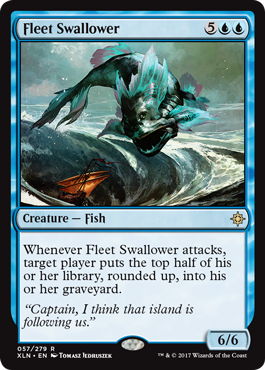 Teferi, Who Slows the Sunset
by lothshteth 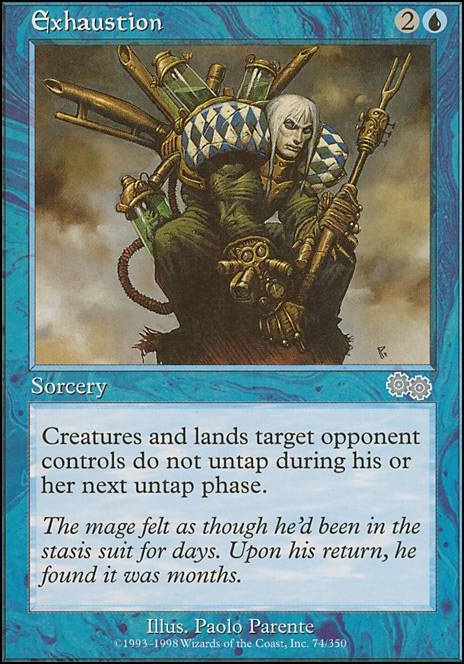 I came across your list while looking through UG lists for improvements to mine. I saw another list running Thassa, Deep-Dwelling which may combo well wit some of the Enter the board cards you have (I have put her in my list). Lorthos, the Tidemaker will be a good mana dump late game. Aesi, Tyrant of Gyre Strait and Chasm Skulker would also be fun cards that fit your theme. Kederekt Leviathan may also be helpful if you need more control

CastleSiege on You're Kraken Me Up

FreedFox, no he means Vorthos. A Vorthos is another name along with Timmy, Johnny, and Spike. Where Timmy likes big dumb spells and creatures, Johnny likes crazy combos, and Spike only wants to win; a Vorthos builds their deck with strong themes or flavor. A Vorthos player will forego playing stronger cards in favor of worse cards that are on theme or flavor. The Lorthos, the Tidemaker you mentioned is absolutely a Vorthos card in a sea creature flavor build :)