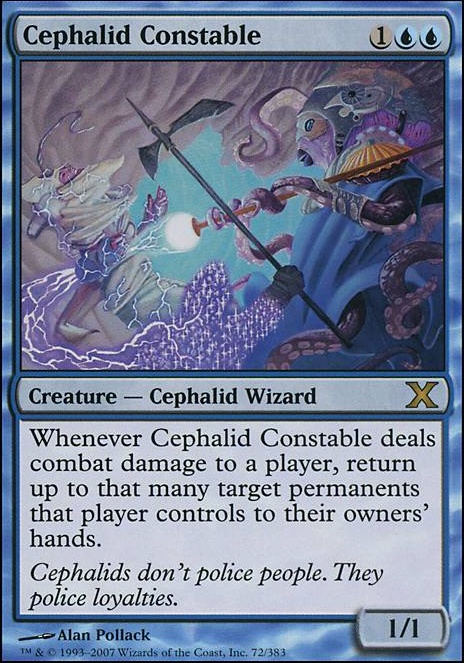 Whenever Cephalid Constable deals combat damage to a player, return up to that many target permanents that player controls to their owners' hands.

Let Me Show You My Final Form
by TheBlackDragon0 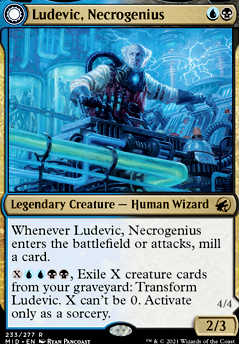 If you Mutate Skullbriar, the Walking Grave you could keep some of those counters while in the graveyard etc. He would have to be the top card I think.

Portcullis can be a hard card to work with, but your opponents couldn't play more creatures and you could still Mutate things.

Mutate works on cards you own, not control, so if you can trade creatures from any number of effects you can keep theirs and then Mutate onto the card you traded.

Cephalid Constable or anything with Myriad (careful of the legend rule)

Cool deck! I have an otrimi deck irl myself. Consider adding infect, even just a few cards as a side strategy since otrimi mutated on one creature with infect is enough to kill people quickly. If you don't want to do infect, think about unblockable creatures, hexproof creatures, and ones that have abilities depending on their power. some suggestions are Cephalid Constable, Mist-Syndicate Naga, Elusive Tormentor Â Flip, Managorger Hydra, Broodhatch Nantuko and whatever fun ones you can find!

I'm also on the painful quest of making mono-U land-bounce work, but have failed so far. Have you considered Cephalid Constable? Also, I don't recommend playing more than 60 cards. Still, +1 from me, keep the brew alive