Other artifact creatures you control have haste.

Whenever one or more artifact creatures you control attack, Alibou, Ancient Witness deals X damage to target creature, player or planeswalker and you scry X, where X is the number of tapped artifacts you control.

Can I Get A Witness
by caesarsalad77

I would consider Alibou, Ancient Witness for this deck. It fits your theme and i've always found it to play very, very well in my Osgir deck!
Cheers!

Been monitoring your deck for a while now. Pretty awesome stuff. Congrats on the idea! Could you see any use for Wake the Past? Seems to mesh well with Alibou, Ancient Witness. I suppose Finale of Devastation already fills a similar role. Definitely inspired! I'm going to try out a similar deck (talent borrows, genius steals) at my LGS soon. I used to play Affinity in Modern and am glad to have found some use for at least one of my old Opals (and Overseers). Cheers!

Maul of the Skyclaves Sword of the Animist

Both seem very slow when you have much better options. And the sword is legendary which does not work with your commander.

These cards serve a double purpose for card-draw and removal. 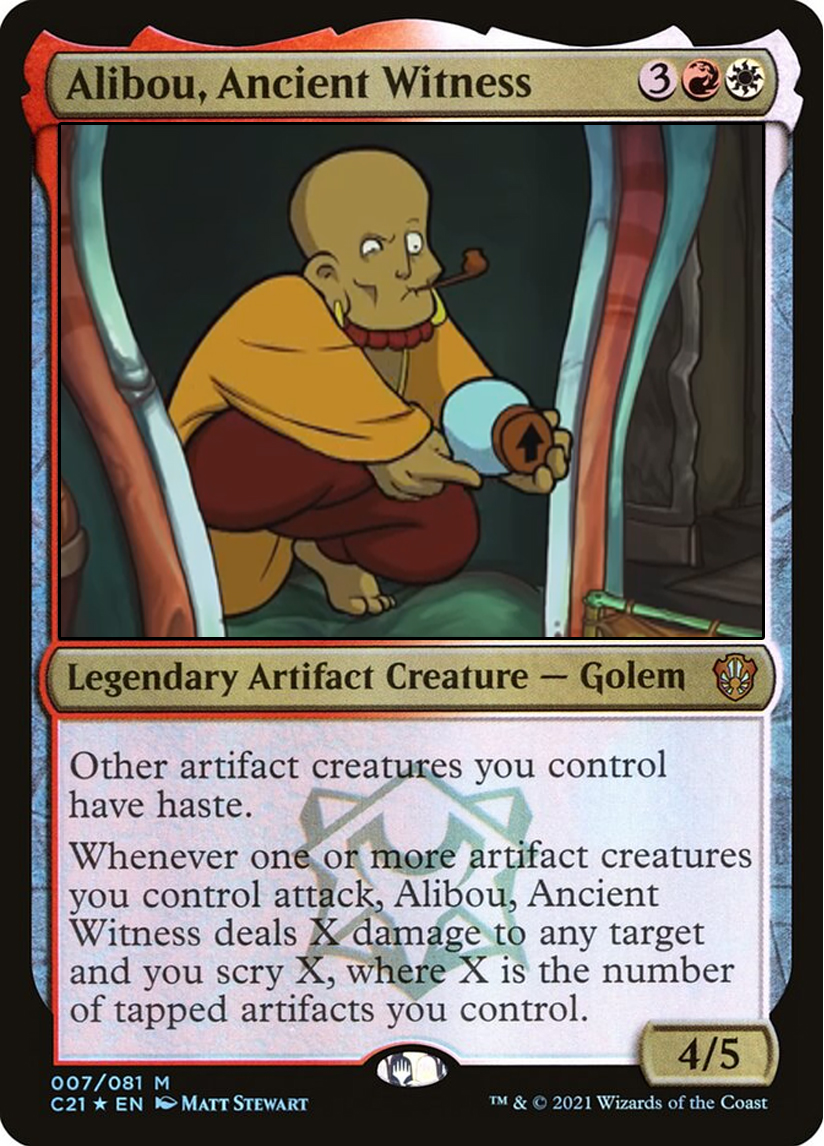 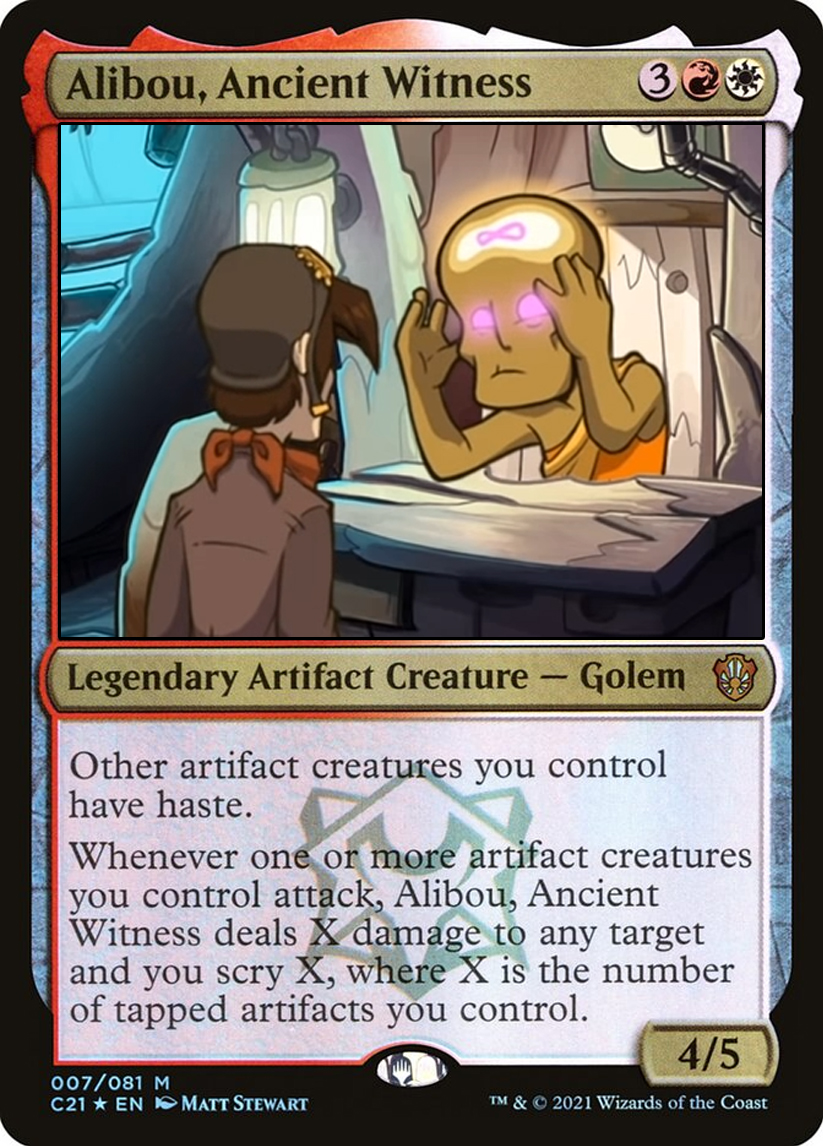