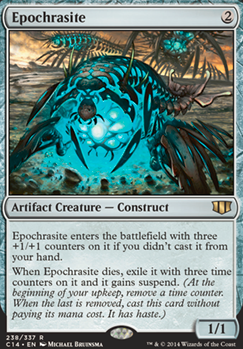 Epochrasite enters the battlefield with three +1/+1 counters on it if you didn't cast it from your hand.

When Epochrasite is put into the graveyard from the battlefield, exile it with three time counters on it and it gains suspend. (At the beginning of your upkeep, remove a time counter. When the last is removed, cast this card without paying its mana cost. It has haste.) 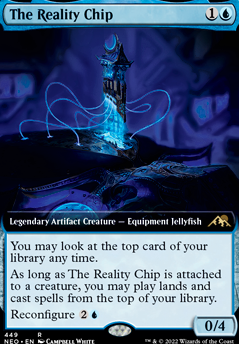 Baby You Can Drive Macar
by memoryman 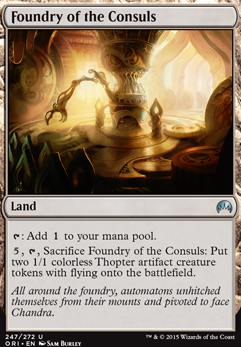 Time Spiraling Out of Control
by Thicccccdad 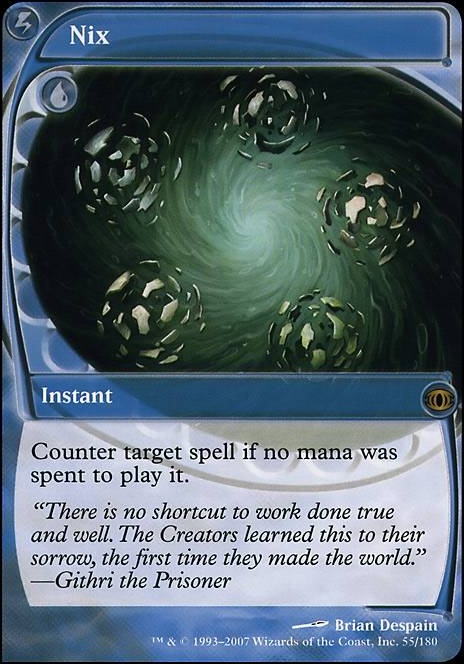 Seems like it would really slow down limited. I think most games of limited would play down to the clock, so somthing would need to be added to the cost so it wasn't just swing in, all get block, everything dies, then recast them x turns later.

I think discarding a card in addition to their cost would make for a more balanced and flavorful mechanic.

The thing is Suspend is not worded like that. It cannot become a different creature by coming out of suspend.

The correct way to word this would be similar to Epochrasite :

Suspend 3 (Rather then play this card from your hand, you may pay and remove it from the game with three time counters on it. At the beginning of your upkeep, remove a time counter. When you remove the last, play it without paying its mana cost. It gains haste.)

Enters the battlefield with 3 +1/+1 counters if you didn't cast it from your hand.