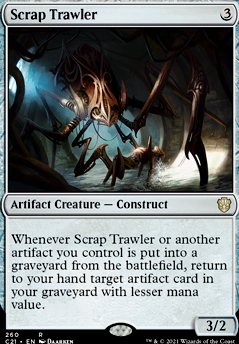 Whenever Scrap Trawler or another artifact you control is put into a graveyard from the battlefield, return to your hand target artifact card in your graveyard with lesser converted mana cost/mana value. 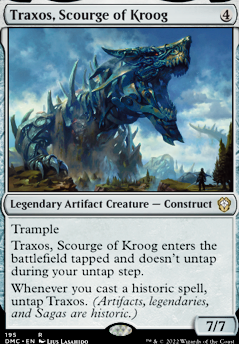 Squee_Spirit_Guide on Protection for artifacts in Black â¦

Guardian Beast does the job quite well, but it's not the most financially viable option. There's also Welding Jar for one-time protection.

I agree that recursion is good option. Myr Retriever and Scrap Trawler could be useful as targets for the sacrifice clause on those spells, allowing you to get an extra equipment back to your hand.

You should try out Chromatic Star, Scrap Trawler, or Myr Retriever.

Myr retriever has several other options if you're looking to combo - Semblance Anvil+sac outlet, Scrap Trawler/Workshop Assistant as alternative options, or even backup combos that generate gravestorm (flavours of persist/undying).

I've found the combos taken as a group to be reliable because they all share pieces - the battle is packing protection for the graveyard itself and surviving to cast it. Going into black/green and playing a lot of thoughtsieze seems like it has a good chance of that, especially with a grindy backup plan.

In theory playing Painter's Servant and Spellskite for free could set up something big, but I haven't found a way to make that really tick over. I've also thought about creatures with 1 toughness and a death trigger to try and get to high gravestorm - fecundity+heartless and Hangarback/myr sire is a draw two. Still fragile though. Best of luck with the brewing - I hope you figure this one out. 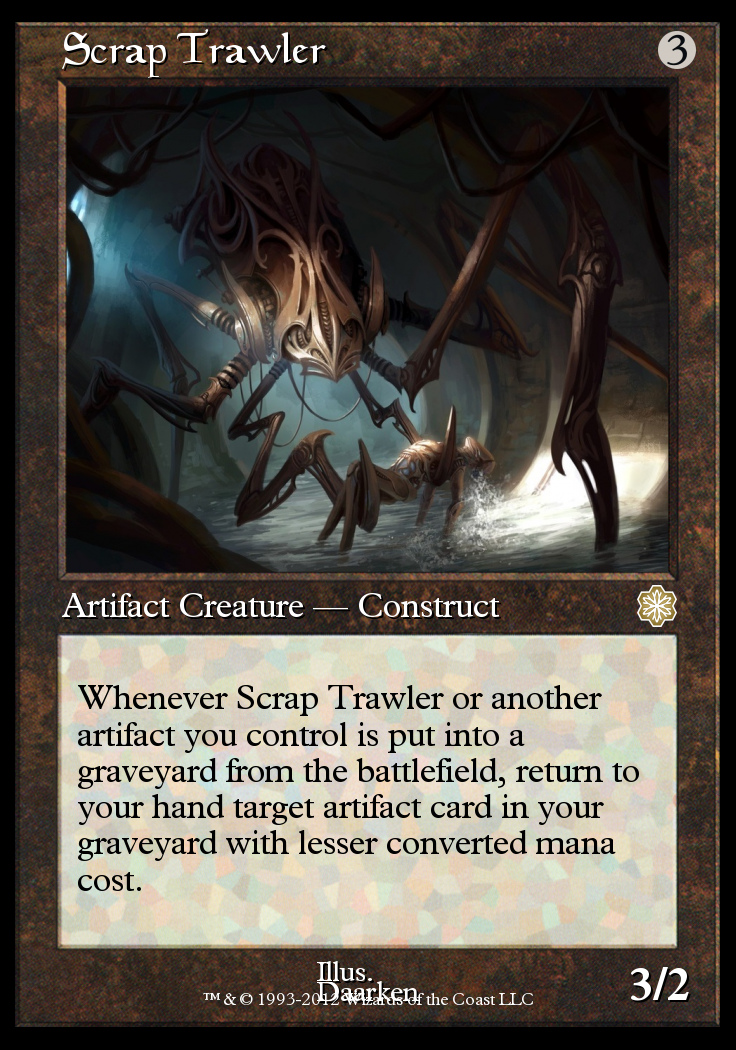 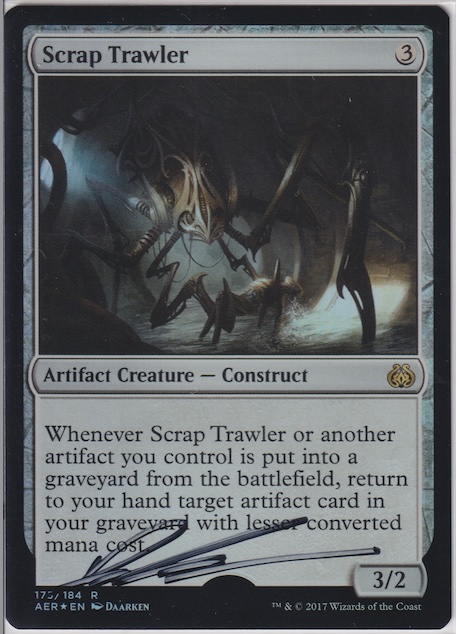