Whenever one or more creatures you control deal combat damage to a player, create a colorless Treasure artifact token with "T, Sacrifice this artifact: Add one mana of any color to your mana pool."

At the beginning of your end step, if you control five or more artifacts, transform Storm the Vault. 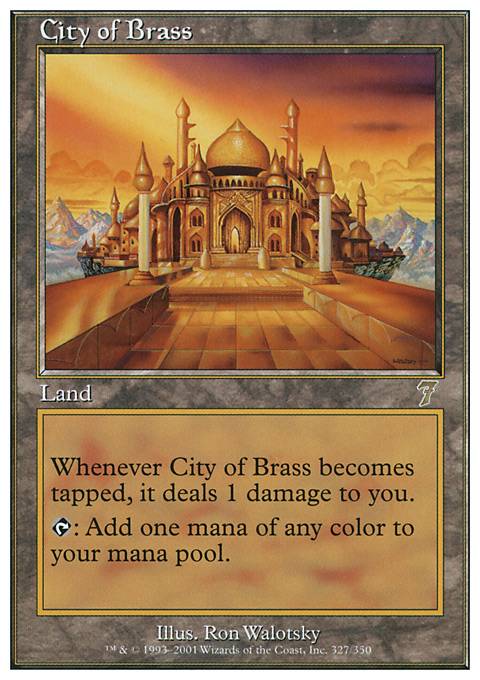 You could always run Steam Vents but that's usually a big ask on someone's budget. A little less now than it used to be, but still.

Storm the Vault Â Flip becomes insane with your deck, because you're using artifact creatures to deal damage which creates artifacts... which causes it to flip really fast (usually the turn you dropped it) and it can net you a ton of mana once it's flipped.

Reading the card explains the card: The number of creatures hitting doesn't matter. The number of players hit does. Here are rulings from both Pyrewild Shaman and Storm the Vault Â Flip, which have the same trigger condition as Grazilaxx ("Whenever one or more creatures you control deal combat damage to a player..."):

If creatures you control deal combat damage to more than one player at the same time (perhaps because itâs a multiplayer game), Pyrewild Shamanâs ability will trigger once for each of those players. However, only the first such ability that you pay for will return Pyrewild Shaman to your hand. Even if itâs put back into your graveyard before the other abilities resolve, itâs considered a different Pyrewild Shaman than the one whose ability triggered. (2017-03-14)

Does this help you?

shadow63 on Will WotC Eventually Print an â¦

But I just don't see us getting a version of the academy that's playable unless its broken. Itd have to be 4cmc or more

I made some of the changes you suggested. Think Iâll keep Storm the Vault Â Flip for now, just to try it out if nothing else. Iâve never played Tolarian Academy so I think it could be fun.

Do you think I should cut Torrential Gearhulk ? I donât have all that many instants atm.

Hardhitta7 yeah, Malcolm, Keen-Eyed Navigator is my commander for my R/U pirates deck, so I'm not sure how great he his on his own, but since it makes a treasure every turn I thought I should mention it!

Storm the Vault Â Flip ends up just being pretty slow, I wasn't super impressed with it in my deck! But mine is more about having Treasures around and not necessarily about casting huge spells, so maybe it's better in this list.

Yeah, I used to do the same thing - start with 35 lands and then cut some usually - but I just read a StarCity article that argued for 39 lands as an average so I brought all of my decks up to 37-ish at least. It's actually much better. Have to mulligan much less often. I encourage you to give it a try!