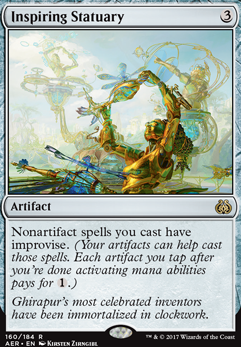 Nonartifact spells you cast have improvise. (Your artifacts can help cast those spells. Each artifact you tap after you're done activating mana abilities pays for .)

It's tough in colorless, but you could use a little more interaction. Spatial Contortion can deal with small creatures, and Scour from Existence/Introduction to Annihilation are expensive, but all purpose removal spells. Unstable Obelisk is early ramp that can be cashed in for removal later. I am not saying add all of these, but one or two more forms of interaction might be nice.

Containment Construct could be a great add here since you can cast stuff off of Kozilek's discard ability (I believe timing restrictions still apply though). Bag of Holding is another option that lets you store those cards for later.

If you want to get a little mean, I've seen Winter Orb used quite well in a colorless Eldrazi deck at my LGS. The idea is that orb slows down opposing decks long enough to let you build up your mana base to start casting Eldrazi. Your deck won't be impacted as much since you run a ton of artifact/creature ramp. Throw in Inspiring Statuary (another card that could be good in your deck on its own) and you can play Winter Orb with zero downside.

Amazing deck, i too took Time Sieve out of my tivit deck. However, having Expropriate can also be rough, so i ended up taking things like Inspiring Statuary. just to try and make it so i could easily free cast it.

Yesterday on Does tapping an artifact for â¦

Pretty sure this doesn't count, but wanna double-check.

I control a Kalain, Reclusive Painter and an Inspiring Statuary. If I tap a Treasure for improvise to pay for a creature spell, does that creature enter the battlefield with a counter?

Also for something hypothetical similar, do the same rules apply for convoke?

Hey there thenewlollipopjam, thanks for your questions.

In my latest update I wrote about most new treasure cards from New Capenna, including Rain of Riches. I am pretty split on that one. You can check my thoughts on all those cards there.

Iâve been asked about Galazeth Prismari before. Itâs a cool card that does fit in the deck, but at the end of the day itâs basically half an Inspiring Statuary in this list (which is also a Magda, Brazen Outlaw target). Urza is another better card that does a similar thing. And since both of those cards are better in tapping our treasure for mana, I did not include Galazeth as a third worse option for that effect.

Seize the Spotlight is not a card that really excites me. At best it gives you 3 treasure, which does not compete with most of the other treasure makers in this list. I also have 0 synergies with the steal side of the card (for example, sacrifice outlets to sac the stolen creatures after swinging with them). So I donât see enough synergy to include it here.

Same is true for Terror of the Peaks. I run only 19 creatures and 0 creature token makers in this list. So Terror of the peaks is just going to sit there on the battlefield and be pretty most of the time. There isnât enough synergy here to warrant an include.

Hope these thoughts make sense. Again, thanks for reaching out!

TheoryCrafter on What kind of EDH deck â¦

If your creature enters the battlefield during an opponent's control, it doesn't have summoning sickness on your next turn. It helps with color schemes that lack haste and the fact it isn't a creature makes it a supplement to Inspiring Statuary. 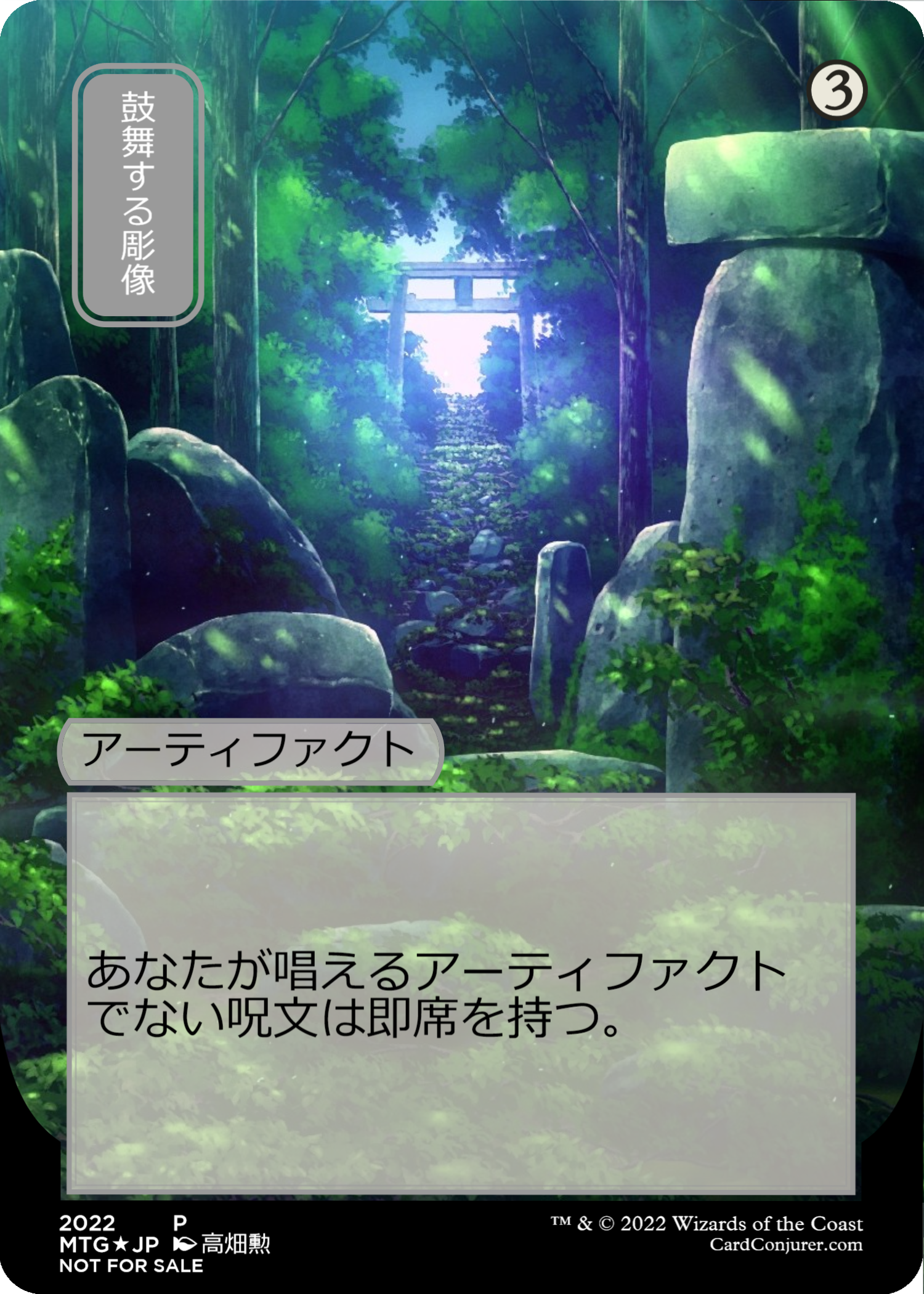