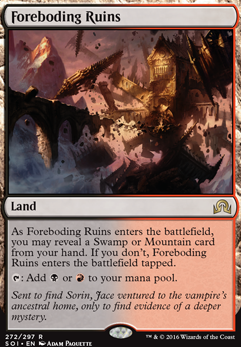 , Add or to your mana pool.

Hey there! Lands are a truly important aspect of commander, and I recommend some of the following!

Some land upgrades you may want to consider are...