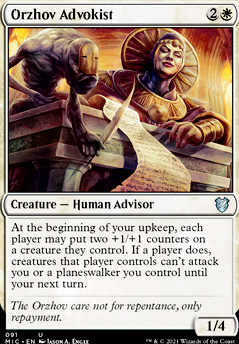 At the beginning of your upkeep, each player may put two +1/+1 counters on a creature they control. If a player does, creatures that player controls can't attack your or a planeswalker you control until your next turn. 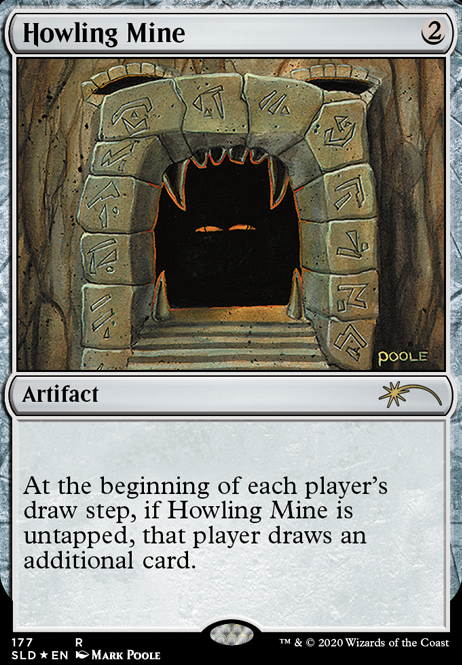 These are the hard questions we ask. I like the ant better than Orzhov Advokist at least for this because ant is rewarding action instead of rewarding inaction (which feels to be against the spirit of the deck, it can push people to not get behind the 8-ball & has some bizarre bit of telegraphing to it: You might get warning on who they plan to attack with what depending on what they select for ant... It is also going to mean that things that grow stronger with counters are going to opt-in on that every time.... Its all kindof cutsie, but I do think it is reasonable to have cutesie at cost. Goblin Spymaster usually is my first replacement pick for replacement although I do love him.. Mercy Killing is another tough removal, my original reason for removal was that it was creature-based removal & creatures are rarely my major issue (typically I want to utilize opponents bangers), but it is a really solid conversion tool for early indestructible Eldrazi drops at instant-speed or late game bruisers (where this deck CAN suffer) I think of targeted some goading as pseudo-removal with less wasted damage... But yeah sometimes you just need TRUE removal.

Yeah I kind of dismissed Agitator Ant because I figured that like Orzhov Advokist it could be bad that you're actively making people consider whether to attack you or not. However, I'll concede that it's an important distinction that they given the option of putting the counters on one of their creatures and attack you with the rest and/or put them on a creature that you've already goaded. Dunno what it'd replace though; Goblin Spymaster? (Token gifting and non-goaded forced attacking isn't quite as important here as it is with Gahiji after all.)

You know how I feel about the Impetus =) You could take out Mercy Killing and replace it with any of the naya-Impetuses for fun, I'm just reluctant to cut down on what little removal I have. I'm glad WotC is paying attention to goad, makes me think this deck has a bright future ahead of itself

I admit I am IN LOVE with this new ant.. He is a take on Orzhov Advokist IMO. Just more aggressive, as should be