Eidolon of the Great Revel

Whenever a player casts a spell with converted mana cost/mana value 3 or less, this deals 2 damage to that player.

In Flagrante Delicto
by AntaresNull 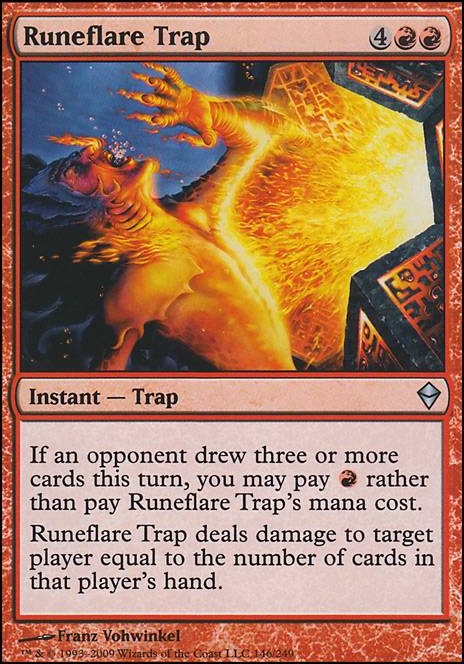 Forging the path to no friends.
by Jonutzinyomouth

jethstriker on Anybody have a card that â¦

When Eidolon of the Great Revel was first released, I knew it has potential but was having doubts due to its symmetric effect. I'm glad I tried it and it proved me wrong. In fact in my opinion it is the card that elevated Burn from rouge-ish status to legitimate decks in Modern and Legacy.

Or Eidolon of the Great Revel?! I bought these cards a while back when they were much cheaper haha!

If you're going for burn, I cannot more strongly recommmend Eidolon of the Great Revel! This card has worked for me so well each and every time I play it. 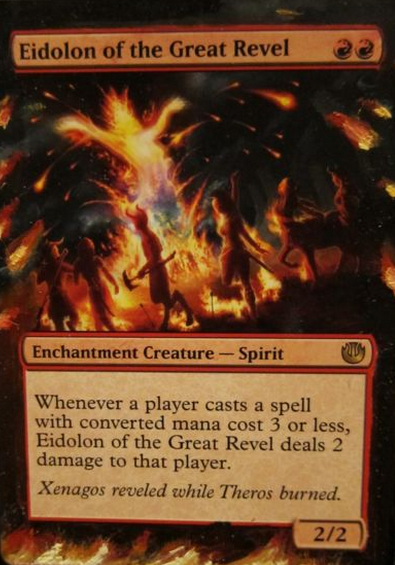