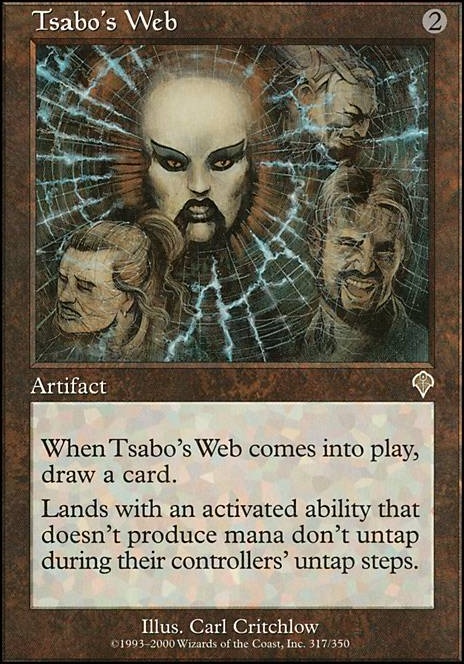 When Tsabo's Web enters the battlefield, draw a card.

Each land with an activated ability that isn't a mana ability doesn't untap during its controller's untap step.

Tsabo's Web occurrence in decks from the last year 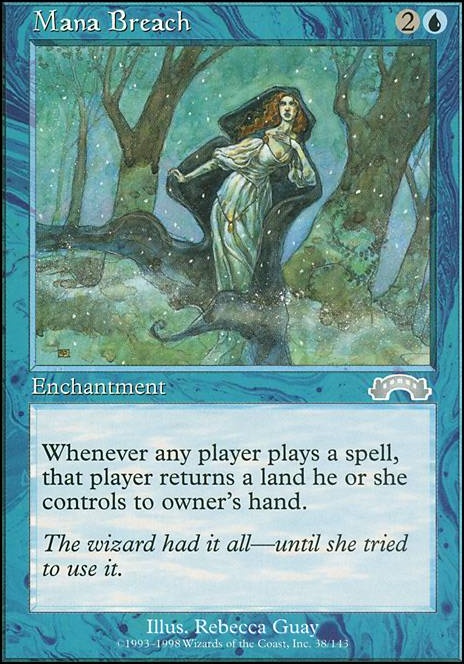 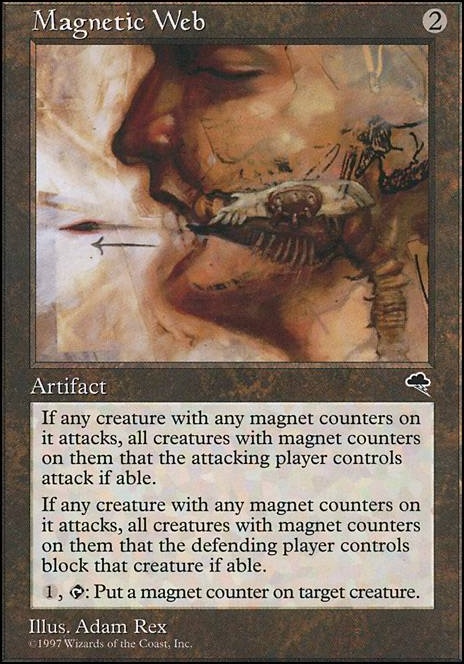 cool deck!
give your all-basic land mana base, cards like Primal Order or Tsabo's Web might be playable

Tsabo's Web seems to be a nice fit to the deck.

Also consider cards that give your commander lifelink since he deals the damage.

Depending on the metagame Tsabo's Web could fit in despite some nombos. Also consider Gush for card draw and Karn, the Great Creator as a "one" card hard lock.

Sorry I should have clarified. I meant how I helped TheErebos not asking him for advice. To go with your questions.

How well do you know cEDH? You do know that unless your running a combo deck multiple pieces of cards as a win con is too slow. You said you want to make a Boros color as competitive as possible. The cards you listed are not optimal and subpar.

You mentioned that you want to build a value town/stax(prison) hybrid. You are delving into combo pieces and not part of the lines you set your self up for. The main reason I listed the partners as commanders is because in a competitive meta life is a valuable resource if your going against Ad Naus type of decks the pressure Akiri gives is great. Having all the mana rocks in addition to stax/hate pieces will boost up her power and rack up damage as well as staxing the board. You break parity by gaining additional creatures for the value and go hatebears to swing and chip away at their life slowly while Bruse helps micro manage and enables higher outputs of damage.

Prison is a type of Stax, if you want to add in combo. The most efficient one in Boros is Kiki-Jiki and any creature that can untap him ex. Restoration Angel/Village Bell-Ringer.

My kalemne deck. in practice, the cards that win me the game most often that i don't see in your list are bloodforged battleaxe and umezawa's jitte.

I did go for a bigger focus on voltron.

If you need an answer for maze of ith type effects, have you considered Tsabo's Web? It cantrips and stops many other lands from untapping and does not hurt you if you tune your mana base to it.