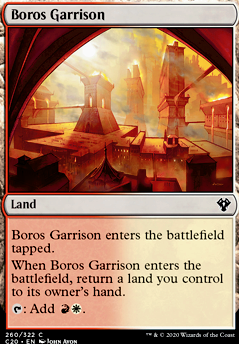 When Boros Garrison enters the battlefield, return a land you control to its owner's hand.

Boros Garrison occurrence in decks from the last year

kaalia of the vast
by jundking