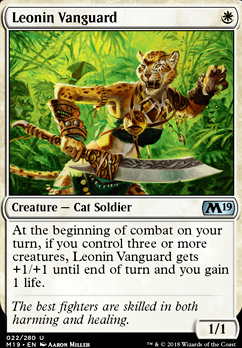 At the beginning of combat on your turn, if you control three or more creatures, Leonin Vanguard gets +1/+1 until end of turn and you gain 1 life. 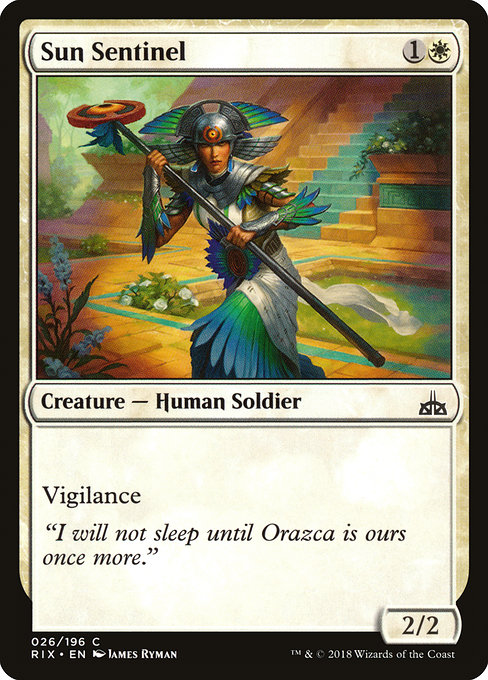 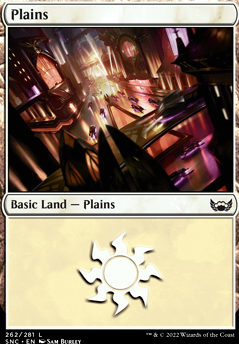 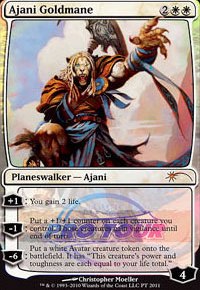 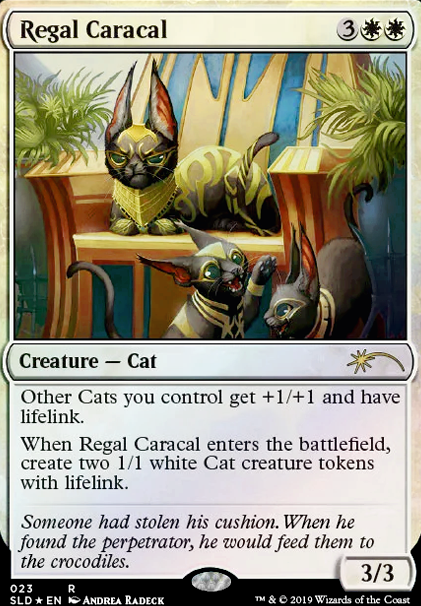 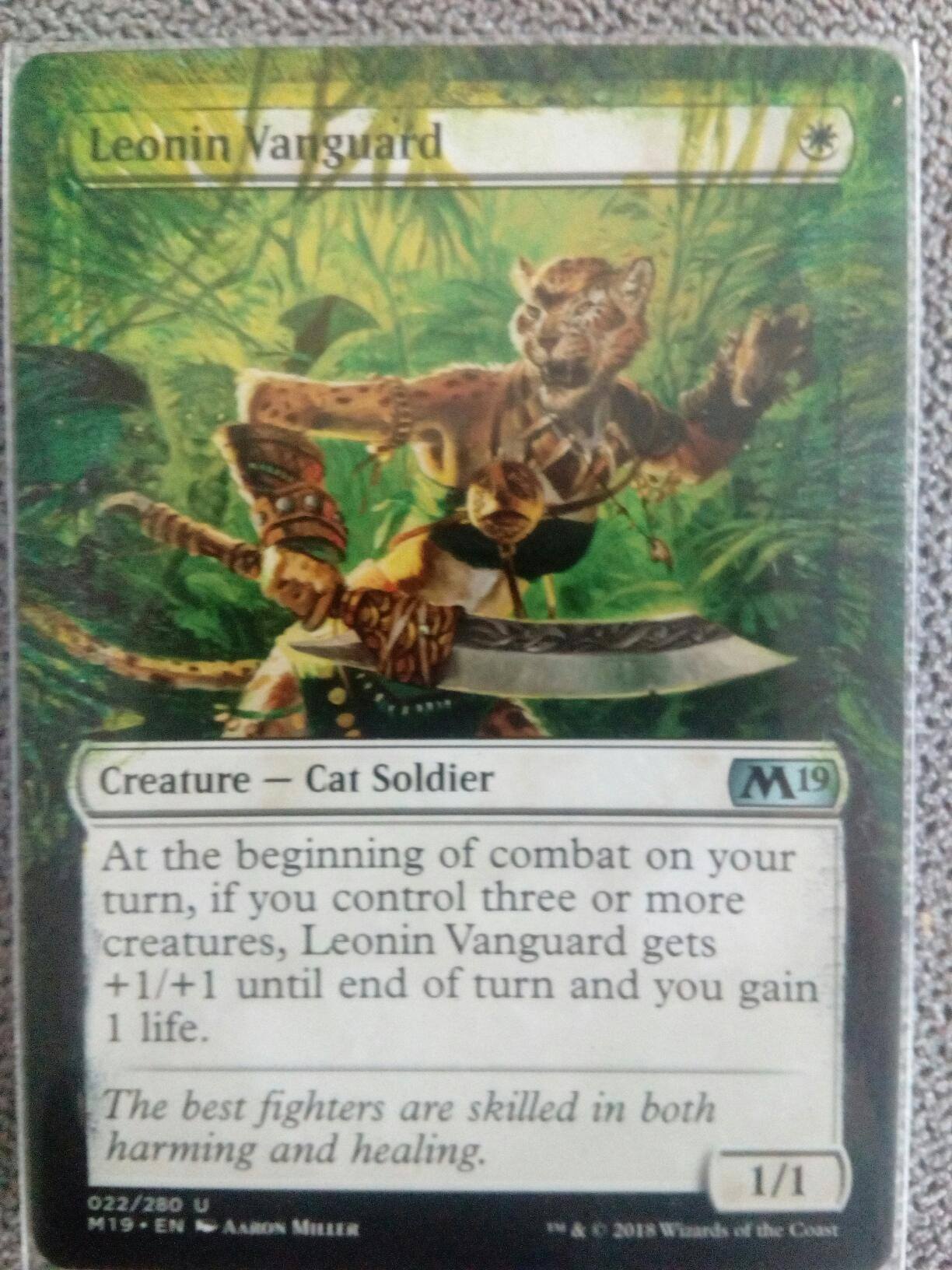