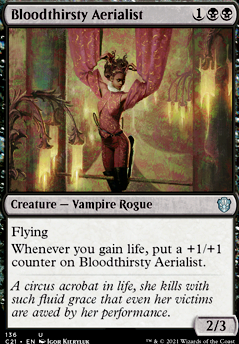 Whenever you gain life, put a +1/+1 counter on Bloodthirsty Aerialist. 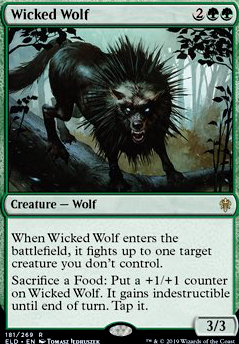 Cathedral of Karlov
by yebvas 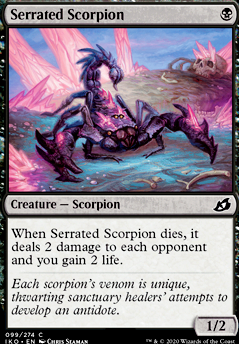 zapyourtumor, I agree with almost everything you suggested, except Ajani's Mantra for now it plays well with Cleric of Life's Bond and Bloodthirsty Aerialist before I made changes according to the first comment those cards were the bread and butter for this deck, and I've won a few games just having vito out while playing Beacon of Immortality , You are correct about needing some removal, and Ill try cutting some land, but before I added the extra I frequently got land-locked, also thank you for the card suggestions I will definitely look into them!

Thank you for upvoting my deck. We all work so hard on these things and its nice to have someone else show appreciation for it! I came here to return the favor. When I got here, I had to learn what Pioneer format was all about--I like that they are making time segments that are larger than they used to because I have always been more of a player than a collector.

This deck definitely accomplishes your goals-- it has an obvious theme and the cards are completely affordable. I have a couple of suggestions that would fit into this deck, but I am not sure if they would improve it...just some ideas (I made sure they were affordable as well). Also, I noticed the low number of creatures and wanted to see if I could persuade you into adding a few more. I recognize that the ratio of cards in the deck that caused the desired "life loss/gain effect" needs to be really high for the deck to be functional...finding that balance is likely the hardest part for the newer player.

What is great is that there are so many available that I had absolutely no trouble finding some to fit into this theme...I only made it partway through the B's!

Great deck and good luck in your endeavors!

OK here are some cards to look at based on what you like:

Not sure what your budget is, but Yawgmoth, Thran Physician always goes well in vampire decks since +1/+1 counters are always a thing. You can pair that with Spread the Sickness or Grim Affliction.

Also, Sol Ring is not legal in anything but commander. Dark Ritual is only legal in vintage, legacy, commander (not modern or standard). If this is just to play casually, that won't matter. I just tend to build format legal decks just incase lol.