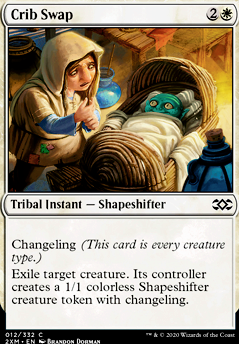 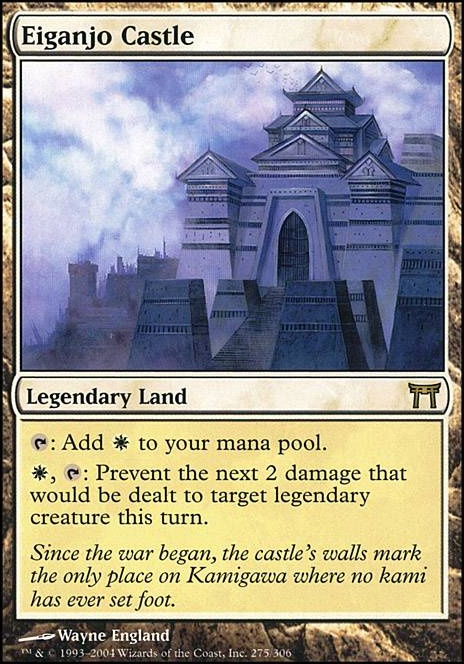 @ king-saproling, Hmm... Maskwood Nexus was on my radar. In my current build I tried to include as many spirit creatures that were playable as I could, though there could be an argument to run it if I ever cut more of the spirits for more efficient creatures.

Thank you for the other suggestions! Crib Swap was one that I just forgot to add! I like the ability to destroy permeants at instant speed once the commander is online. I keep seeing Inventors' Fair suggested on decks, I may have to break down and at least try it out hahaha. The Banner and Teferi's Protection I have set aside, as I think they'd both be really good in the deck, but I'm struggling to make cuts lol. In theory the goal was to curve into the commander and consistently blow up the lands turn 4-5, so I didn't include a whole lot of interaction, but as I playtest I am considering adding more interaction or card draw to consistently get armageddon effects

Thoughts on Maskwood Nexus ? You could pop lands by casting Ballista for 0 with Nexus out.

You might like these too: Enduring Renewal , Cauldron of Souls , Yomiji, Who Bars the Way , Crib Swap , Inventors' Fair , Vanquisher's Banner , Teferi's Protection

Here are some things that maybe you would like to try, I use it on my deck and I'm happy with them:

Yarok, the Desecrated can help you to get double triggers of elementals coming into the battlefield and can also double your landfall triggers.

Crib Swap and Nameless Inversion are removal that can be played repeatedly from the graveyard with the commander because it counts as an elemental.

Distant Melody makes you draw a card for each elemental in play.

Hope it's helpful for you

I love the idea of the Changeling-Ally theme and it can easily be misjudged for a weak synergy. I would add some interaction and a couple more single target removal. I would suggest you to consider the various charms (both two and three colors. Ex. Crosis's Charm , Naya Charm , Sultai Charm , etc...) and also Crib Swap just for flavor's sake.

The deck could use some more ramp options and fixing. Some budget format staples for this include Evolving Wilds , Terramorphic Expanse , and Ash Barrens are all good cards to help you get the colors you need. For ramp, you're pretty much going to be stuck to artifact-based ramp, so Sol Ring , Rakdos Signet , Boros Signet , and Orzhov Signet are all good options for this deck.

I would also recommend upping your spot removal portion of the deck. You've got good wraths, but sometimes you don't need to blow up all of the things, especially if that would mean losing your own artifacts or enchantments. Return to Dust is very good. Even just a Disenchant could be a decent addition. Also just as fun synergy for creature removal, Crib Swap counts as a vampire spell, and so would give you a vampire token if you cast it.

You've got good card draw, but a couple other suggestions, Twilight Prophet is great for drawing extra cards and has obvious synergy, and Mentor of the Meek will let you draw cards whenever your commander makes a token (and speaking of, Anointed Procession will let you make twice the tokens)

Lastly I'd recommend Forerunner of the Legion since it's a solid tutor for this kind of deck.

My own Edgar deck isn't really refined since I built it a while ago, but if it's of any help, you can check out what's currently in it as well.