, : Copy target activated or triggered ability you control. You may choose new targets for the copy.

, : Copy target instant or sorcery spell you control. You may choose new targets for the copy. 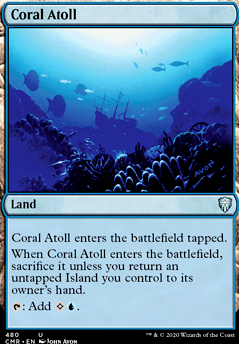 Zur The Enchanter, One With Marit Lage

It is funny I just got this idea for this deck and I find yours.

It's like you said, using Zur's ability to grab the needed snow permanents could take awhile so let's copy his triggers with cards like Strionic Resonator and Lithoform Engine. Also we need to protect ourselves so a card like Solitary Confinement can do that. We won't be needing to draw too many cards considering Zur can just cheat stuff out for us.

Other than that I recommend auras that we can search for to protect marit lage once we get her out. Also a neat trick you can do is add the land Thespian Stage so you can make it become a copy of dark depths. It won't have qny counters so it will instantly turn into marit lage!

Hey man I really like the idea of this deck. Im still new to EDH myself so don't have a lot of suggestions but was wondering if Lithoform Engine would have a place here.

Do you need advice on the manabase or just need to list the cards?

and i dont have a Staff of Domination and im not buying singles, my goal isn't to go infinite but to brainfuck myself what i can squeeze out of the cards, that i do have

I also thought about if i could do something with doubled Manifold Key from Osgir and Lithoform Engine but, that doesnt work either, seems like i cant go infinite with the cards that i have without Dross Scorpion

Gidgetimer on Are these Goblin Welder oder â¦

You would also have a tapped Lithoform Engine and run into the same problem as before on the next iteration. If you had 2 things that produced 4 mana you could use Staff of Domination to fuel the welder untaps. At that point though it would just be less complicated to use one of the 2 card infinite mana combos and then do your welder loops rather than finding two things to tap for 4.