At the beginning of your upkeep, you lose 1 life and amass 1. (Put a +1/+1 counter on an Army you control. If you don't control one, create a 0/0 black Zombie Army creature token first.)

Whenever a Zombie token you control with power 6 or greater attacks, it gains lifelink until end of turn.

But, it's no sacrifice No sacrifice
by joselemanouch 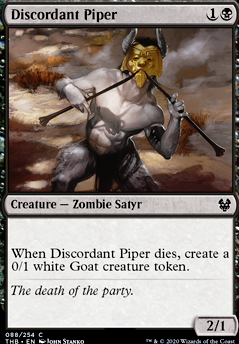 No wait Dreadhorde Invasion works because the token itself doesn't have abilities and it gains lifeline when it attacks right? 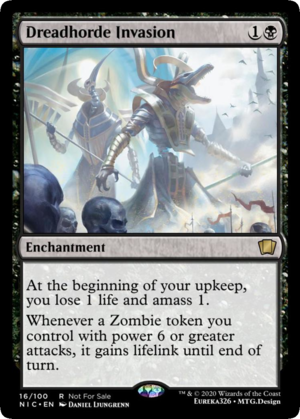 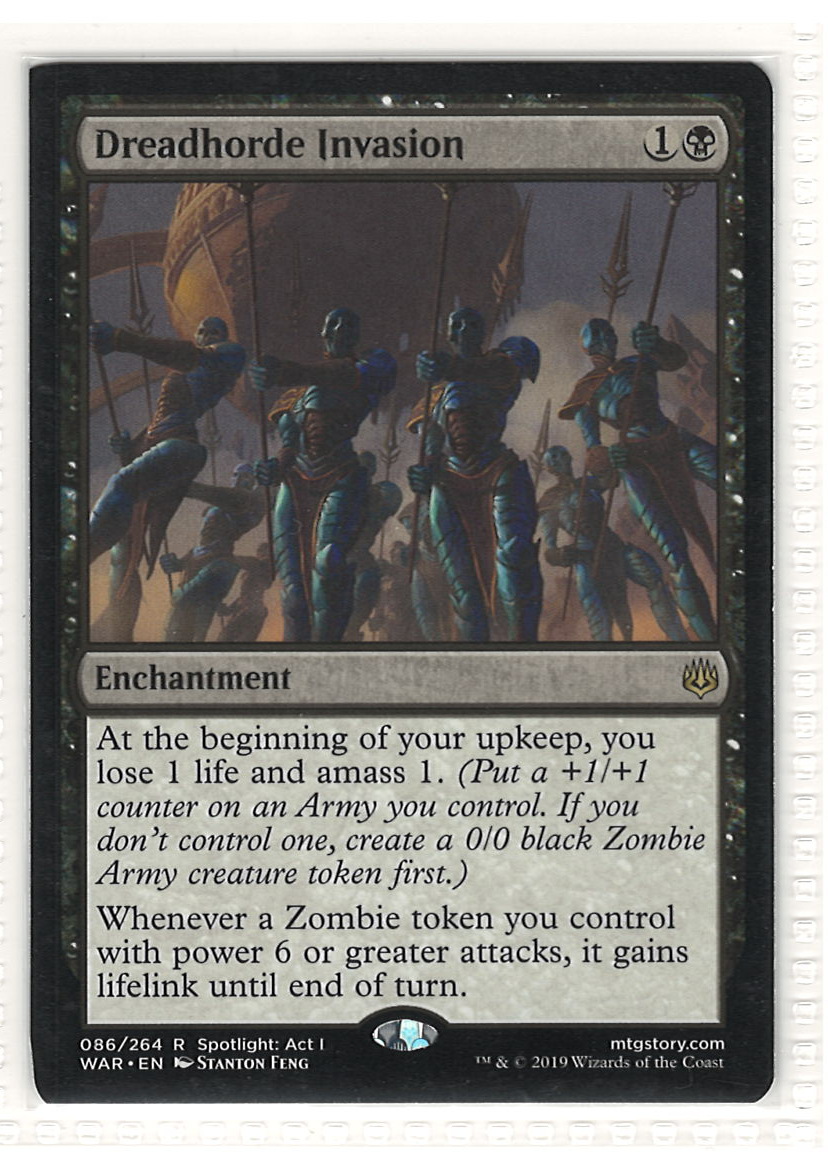 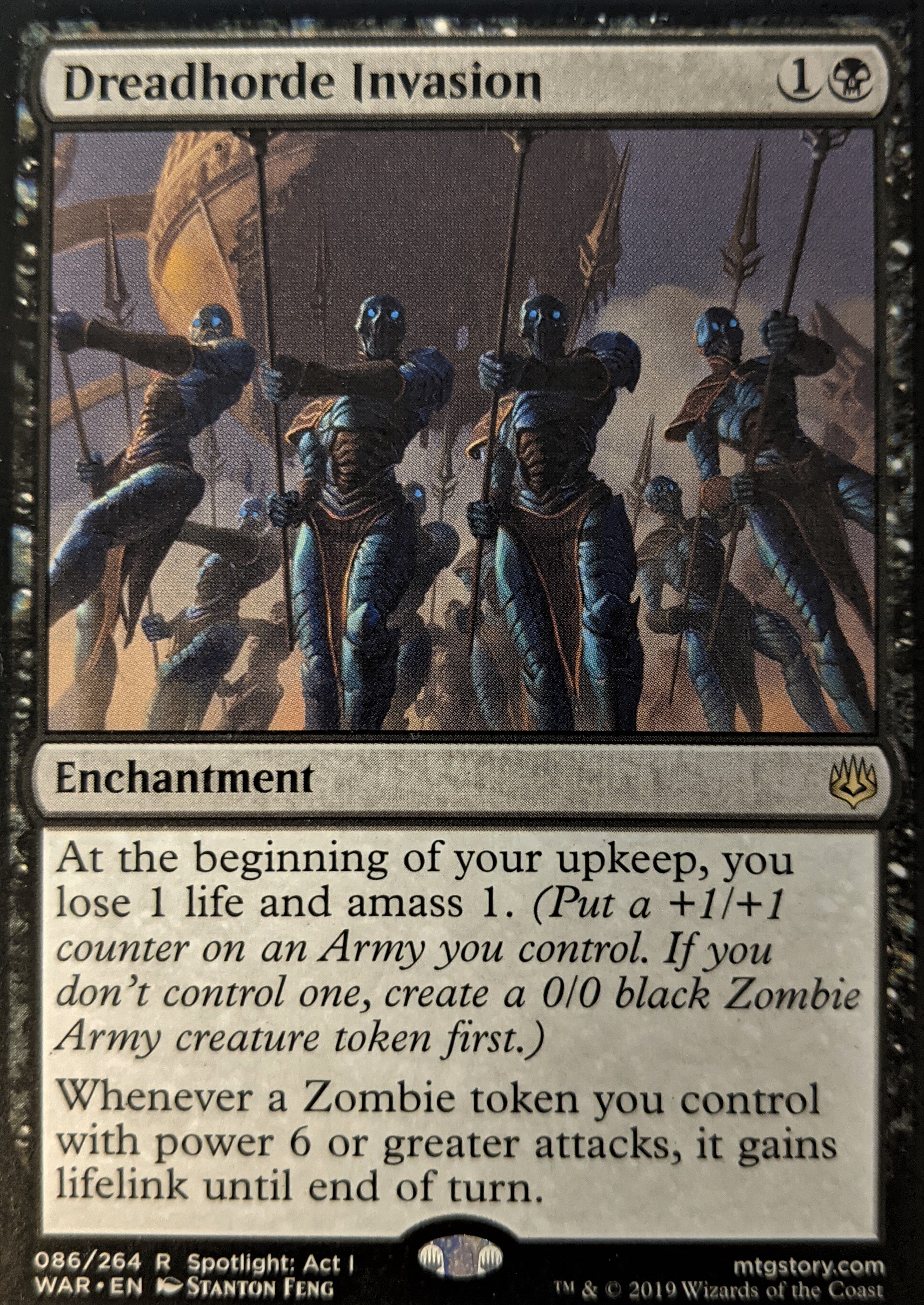 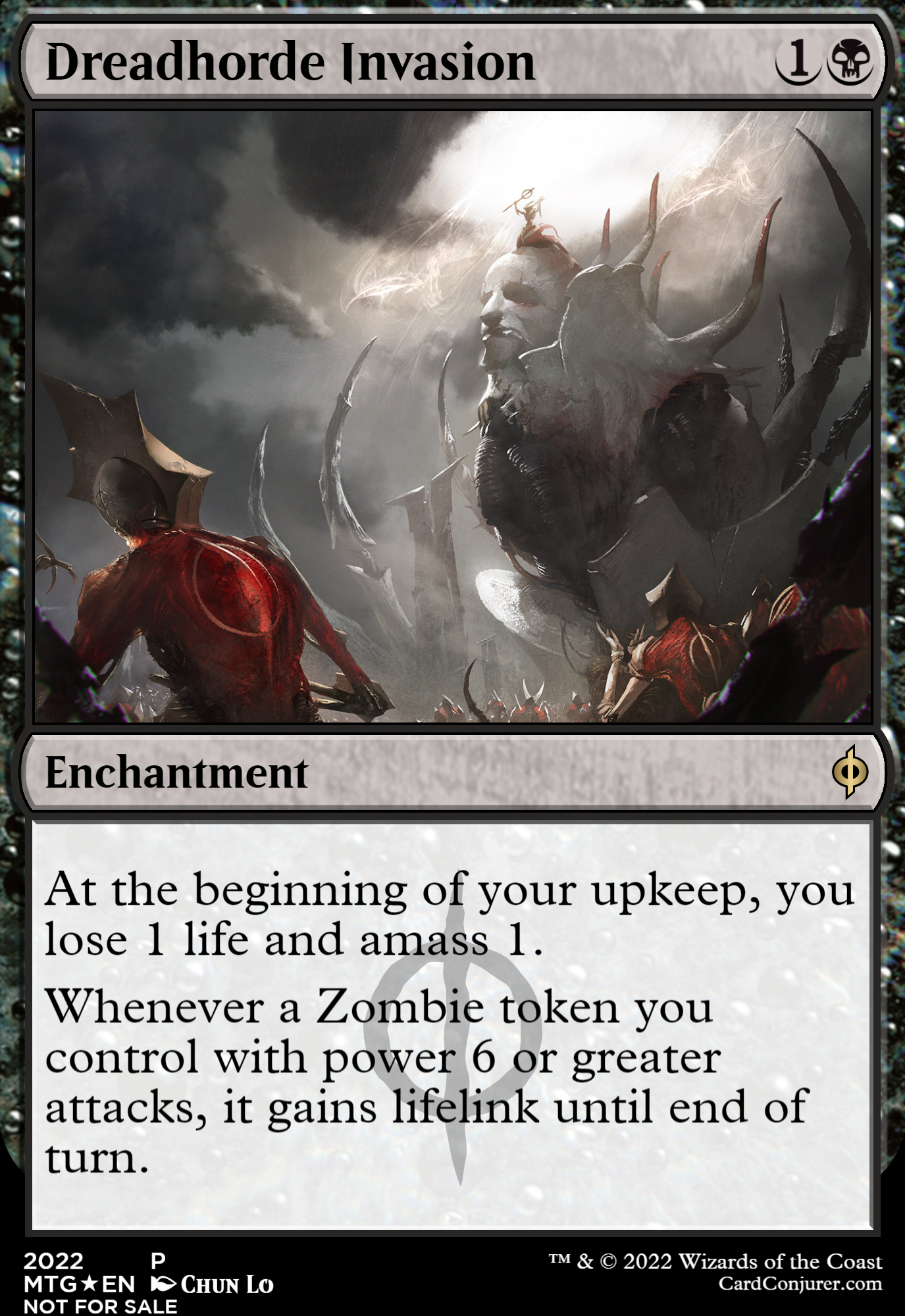