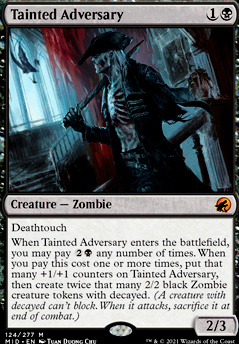 When this enters the battlefield, you may pay any number of times. When you pay this cost one or more times, put that many +1/+1 counters on this creature, then create twice that many 2/2 black Zombie creature tokens with decayed. (A creature with decayed can't block. When it attacks, sacrifice it at the end end of combat.) 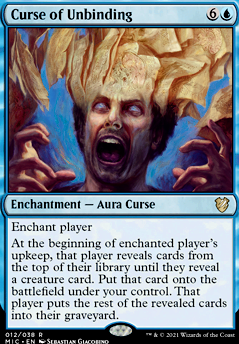 What Balaam_ said. Also, I think you might need a few more low cost zombies to keep the early game stressful for your opponent, and this will likely come as a result of restricting your card choices.

But I do think Tainted Adversary would be a good match for the deck, as would a sacrifice outlet.

I agree 20 lands feels like too few. The Meathook Massacre looks like it wants to be cast for 3 (x = 1) to hit all the 1 toughness creatures you have. But Tainted Adversary begs for 5 mana to get a single extra zombie. your other +1/+1 synergies also make the Masacre sometimes want to hit x = 2 and x = 3 needing more and more mana to close out the game. Bloodghast also really wants you hitting your land drops.

That being said, Bitterblossom and Tainted Adversary seem to be the weakest cards. If you really want to keep Grist, the Hunger Tide in, consider running Collected Company. Company can hit grist, because he's a creature with cmc 3 while in the library. Company also pushes you towards critical mass you seem to be building towards.

God of the Undead

I would definitely try to drop down on all of these 3 drops. I'm sure it makes it incredibly hard to play multiple spells a turn and you're not doing a whole lot until you hit 3 lands. I would lower the curve considerably. I would stick with one play set of Zombie lords with the Warchiefs. Undead Augur or Cryptbreaker will help you with card draw. And I would look for beaters that's come in the 1 and 2 mana slots like Champion of the Perished or Tainted Adversary 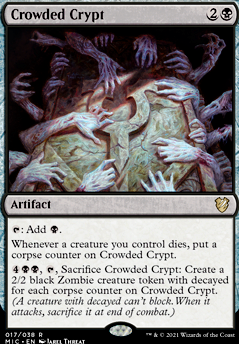 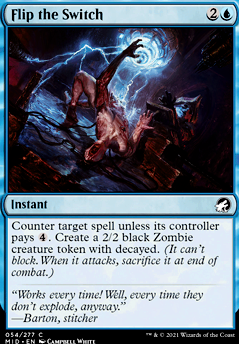 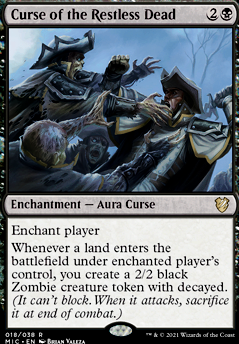 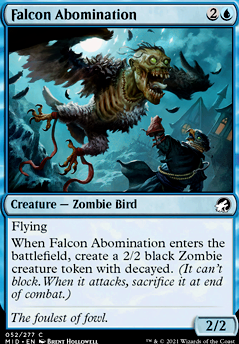 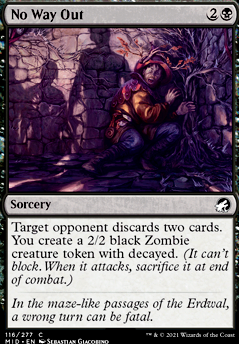 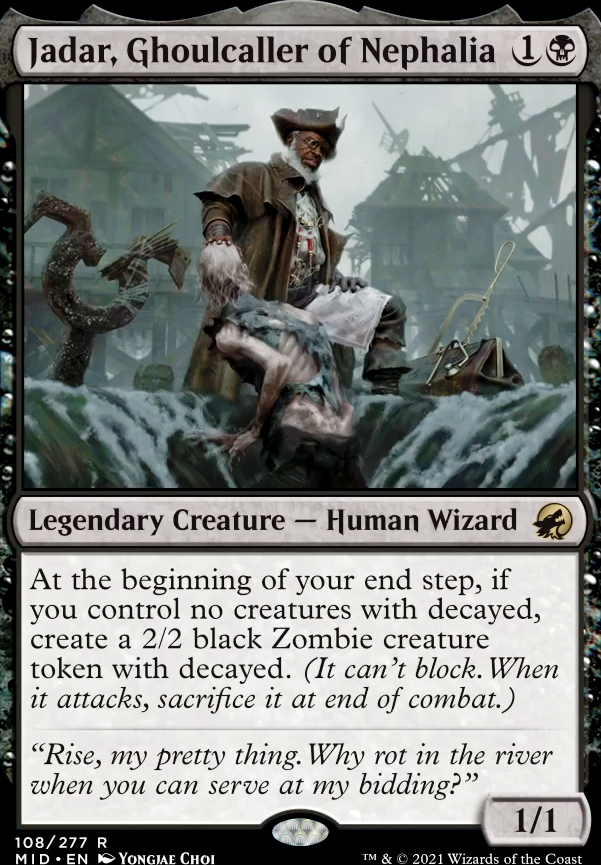 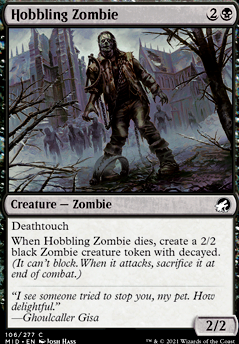 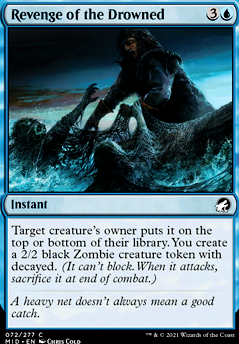 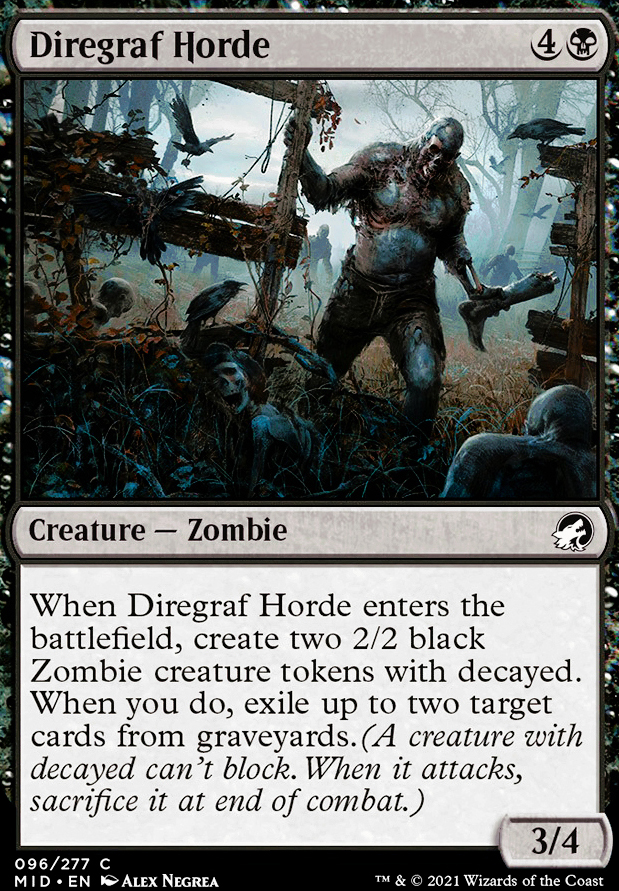