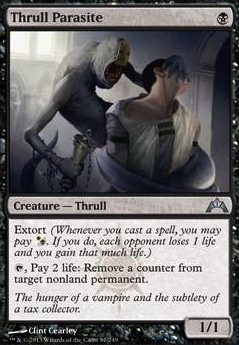 Extort (Whenever you cast a spell, you may pay {W/B}. If you do, each opponent loses 1 life and you gain that much life.) {T}, Pay 2 life: Remove a counter from target nonland permanent. 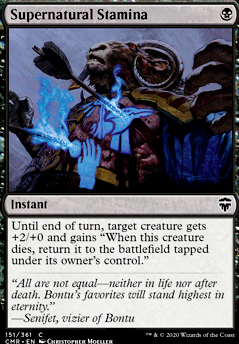 Penance For All
by DanThMan

The Deck of Sagas
by GoldenDonut 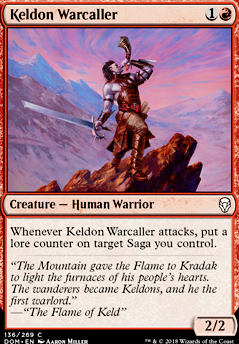 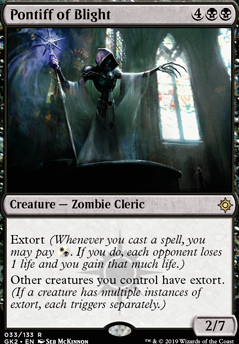 Basilica Screecher and Thrull Parasite are cheap and can provide a lot of life pings (or any of the bigger extort cards, I see you have the Crypt Ghast there already).

Aspect of Mongoose if you need to protect your boss. Dark Ritual to get him out sooner.

Have you considered any extort cards besides Blind Obedience ?

Crypt Ghast can act as ramp as well as damage/lifegain, and Thrull Parasite can have utility for targeted counter removal as well.

so do you want a control deck or a creature deck? not sure what you mean by "creature flooding". i don't think Thrull Parasite is a worthwhile choice here, and you don't have any control spells yet.

In the future, please use the Rules Q&A subsection if you have questions about rules, cards, or card interactions. I have moved the thread for you.

Please also link a card as an example. Lots of people call cards with -X/-X effects, like that on Toxic Deluge counters, even though they are not. The reason I bring this up is because all counters you are likely experience are going to be -1/-1 counters (sometimes multiple of them), and your post indicates you are talking about something different (some older cards have different denominations of counters, but those are so rarely played, I doubt they are what you are referencing).

Any time the effect is talking about counters, it will specifically say counters.

As mentioned above, counters stay on until removed. Various cards allow you to remove counters, like Thrull Parasite. A -1/-1 counter is also removed if a +1/+1 counter is added.

Thrull Parasite instead of Soul Diviner. Cool idea though