When this enters the battlefield, target opponent loses 2 life.

Undying (When this dies, if there were no +1/+1 counters on this, return this to the battlefield under its owner's control with a +1/+1 counter on it.)

Corpses for Sale
by sshippee

@Batman18 sure, you could run Murderous Redcap if you wanted to. I went with Geralf's Messenger because itâs easier to cast initially and in case our engine goes offline itâs a bit more viable all around (Undying > Persist in this case).

i guess the question is, what are you trying to accomplish with the persist mechanic? do you just want your creatures to come back after they die? if this is the case i think Geralf's Messenger is probably a must add. if youre looking to combo off with infinite mana or pings from dying and coming back i think you need to look at yawgmoth type decks. they use Blood Artist and Strangleroot Geist and a few other things to sac creatures/gain life/drain life.

That -6 is pretty busted. Undying would stop Geralf's Messenger shenanigans in an Abzan deck, but would also enable Woodfall Primus shenanigans. Granting recursion abilities is pretty strong overall because they are pretty easy to bust wide open.

I could do Geralf's Messenger combos as well, because Amulet of Vigor would actually untap him, hmm... 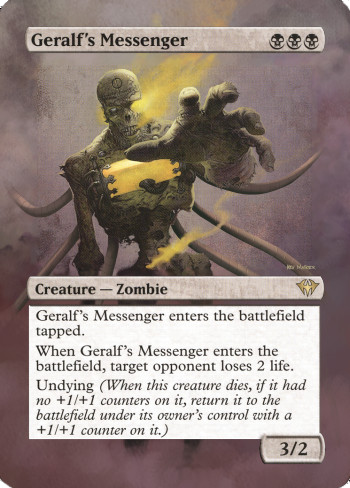 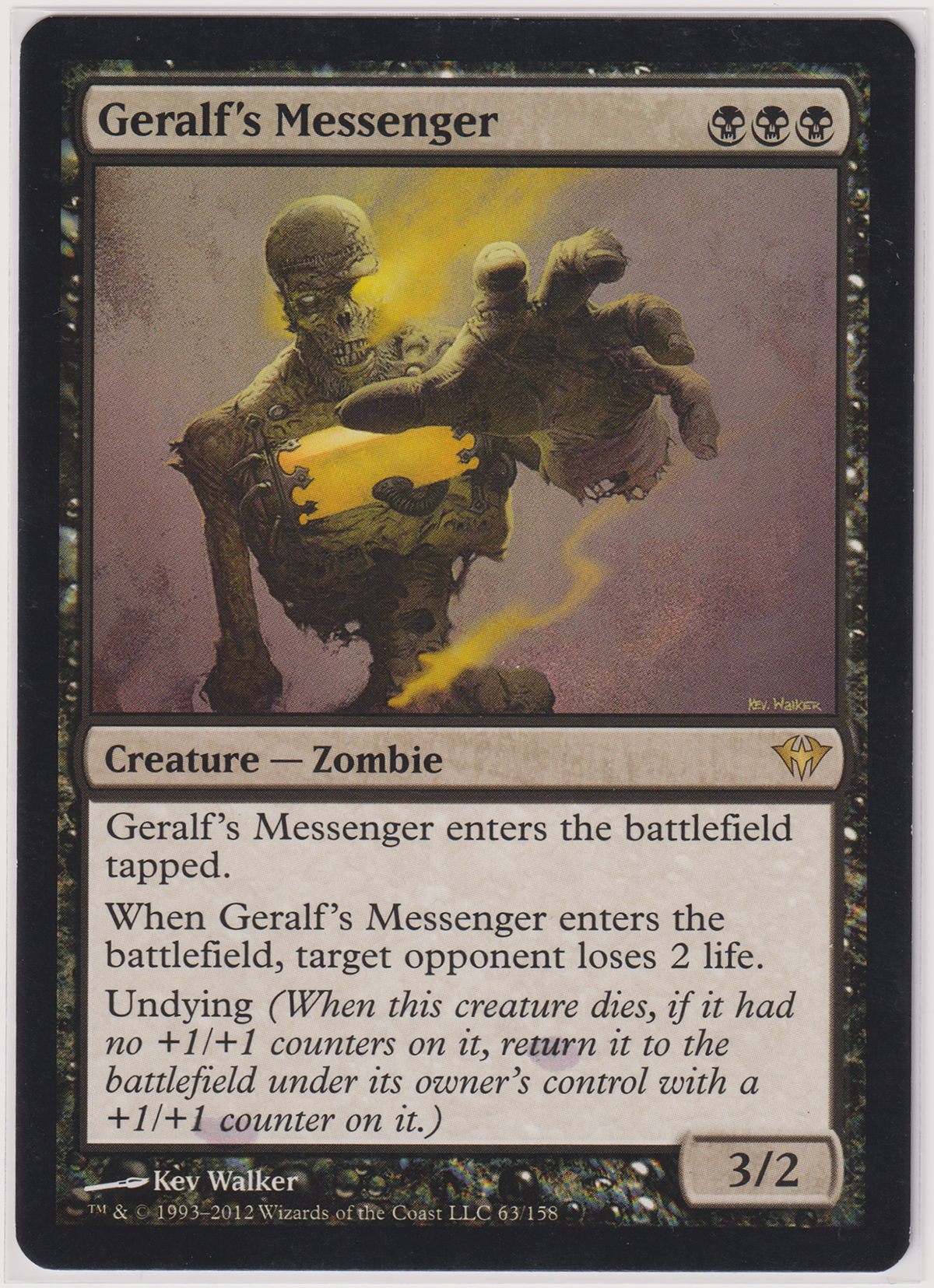