: Fountain of Ichor becomes a 3/3 Dinosaur artifact creature until end of turn. 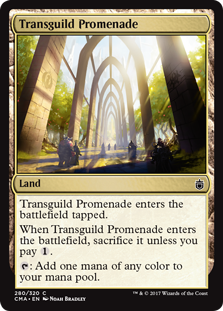 Fountain of Ichor has very interesting flavour text, wizards said that itâs not phyrexian oil, but Ichor has only been used a handful of times throughout magic history and until now was always to do with Phyrexia

First off, if you spend a little time writing a description that helps others understand the focus of your deck and how you want it to play out, we can offer better suggestions.

Now, that said, I think you should consider swapping Descendants' Path out for Sunbird's Invocation . This allows you to cheat out things other than your creatures.

Fiery Justice is bad. I'd consider running something like Beast Within and Generous Gift in it's place. Fountain of Ichor is nice flavor, but is otherwise not a great card, and you could probably plug in a better mana rock. If you can afford to get one, I'd recommend Urza's Incubator .

Commune with Dinosaurs could probably be replaced with something more useful like Rishkar's Expertise , which is great in a dino deck.

Are you in on the Enrage mechanic? I see you have Pyrohemia included, but are you running any other outlets to trigger Enrage? That may be an area you want to focus on to get some more action out of the dinosaurs.

Arcane signet is way to expensive for this build, in terms of price. I'll still keep with orazca relic as it can function as late game draw. THanks the the suggestions!