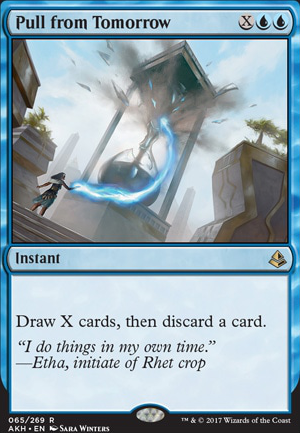 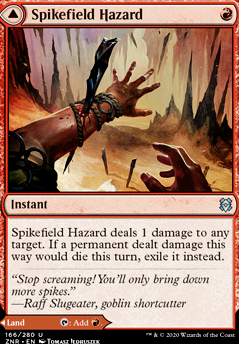 Omnath, Locus of Landfall
by unwucht

Here's a list to consider. Some are expensive, some will make you lose friends, and some are just jank.

In terms of extra mana production, Vorinclex, Voice of Hunger and Mana Reflection are always fun.

If you want to draw cards, Alhammarret's Archive is vital if you pair it with draw engines like Finale of Revelation or Pull from Tomorrow.

Some board control can come in the form of Cyclonic Rift

Some other funny creatures to include might be Archetype of Endurance, Protean Hulk, Progenitor Mimic, Beguiler of Wills (as long as you have enough creatures), and Seedborn Muse (there's more that's just a few)

If you're needing more token generation, Avenger of Zendikar can provide that (however brief), and it has a similar effect to Mycoloth (which you have already), and that gets plain dumb when you pair it with ETB-affected cards like Kapsho Kitefins (and it buffs Ezuri when you have token doublers on field). Also Ezuri gets really happy when you Clone Legion someone with a bunch of tiny tokens on their field

and finally, one of my favourite combos to this day...

At first glance, here are some recommendations I have that have worked out for me and/or have synergy with your build: Purphoros, God of the Forge, Tunneling Geopede, Emiel the Blessed, Dockside Extortionist, Sakashima the Impostor, Spark Double, Finale of Devastation, Finale of Revelation, Pull from Tomorrow, Sphinx's Revelation, Expansion / Explosion, Windfall, Nahiri's Lithoforming, Lithoform Engine, Strionic Resonator, Felidar Retreat, Rites of Flourishing, Worldly Tutor, Enlightened Tutor, Winds of Abandon, Nissa, Vital Force, Evolving Wilds, Terramorphic Expanse, Flagstones of Trokair, Oboro, Palace in the Clouds, a few bounce lands. Just some ideas to toss around. Good luck with the deck!

So, with your testing you recommend an x cost draw. Then Iâll start myself off with adding Pull from Tomorrow and swap it out for a different draw spell if Iâm not feeling it.

On another topic, I am still not pleased with the draw situation. Iâm a fan of Ghostly Flicker in the deck, but without Dualcaster Mage as a combo piece with it, it just seems like it is replaceable. Itâs not like we donât have other flicker effects in here or creature tutors to grab Deadeye Navigator or Emiel the Blessed if needed. So Iâm think either bringing back Wheel of Fortune, Pull from Tomorrow or Shamanic Revelation. Thoughts?

rkjunior, wow, gg! How are you feeling about your inclusion of Birds of Paradise and Noble Hierarch? Does it feel more beneficial?

I have also considered Lithoform Engine or Strionic Resonator because I do love the trigger twice feature from Ancient Greenwarden and those will give another way to double a trigger.

unwucht, yeah, Iâm pretty sure Finale of Revelation is going in at this point and maybe Pull from Tomorrow.

rkjunior, great feedback, thanks! Iâve also experienced mulling for more than two lands as well, quite a bit actually. Things are pretty tight to cut as is, which is a reason I was asking for thoughts on adding Birds of Paradise and Noble Hierarch in place of Cultivate and Kodama's Reach to hopefully fix mulling if one of those are in hand with two lands and hope that we draw into at least one other land. Though two extra lands or even one more isnât asking much so Iâll try to get those adjustments made. Iâll keep Flagstones of Trokair in mind for inclusion. Iâm staying away from Strip Mine and Wasteland because having the colorless mana in opening hands is brutal. Iâve experienced this with Field of the Dead and thatâs the only colorless I run.

The planeswalkers have been considered, I just had a hard time justifying inclusion at the time and only went with Nissa, Vital Force, but even she just got cut for a tutor.

I have also experienced an abundance of unused mana at times and because draw has been an issue, I was considering replacing stuff for x cost draw effects, such as, Pull from Tomorrow, Finale of Revelation, Sphinx's Revelation or even Hydroid Krasis.

As threatening as an eldrazi Titan would be and the flavor fits Zendikar well, I think Iâll pass on the idea for now.

Letâs continue to discuss this. We are making great progress at tuning this deck.

Thanks for the question. Spellseeker was already multiple times in the deck. However, until now I always ended up cutting it in the end.

On one side it's nice with Engulf the Shore and it can also fetch green sorceries/instants but in the end often I rather prioritize one more removal/counter/Card-Draw spell over another tutor.