Destroy target nonartifact creature. Its controller puts a number of cards equal to that creature's power from the top of his or her library into his or her graveyard.

Grisly Spectacle occurrence in decks from the last year 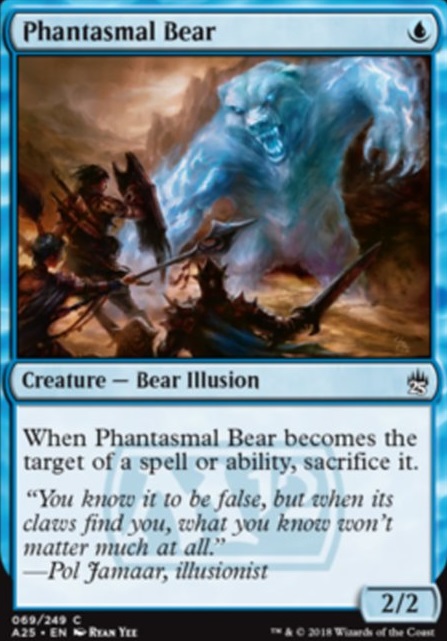 You've given a ton to think about, Valius! Much appreciated! A lot of what you mentioned makes sense. Initially, my goal was to build this deck around the $100 mark, so I didn't consider cards like Cyclonic Rift , Toxic Deluge , etc. But... things change! :)

I did have a follow up on Brainspoil . While I agree that Grisly Spectacle is a better card for the deck, I'm specifically using Brainspoil to tutor cards like Consuming Aberration and Traumatize .

Mind if I ask you a couple of more questions? When you were writing your 2 comments, I was in the process of adding 3 questions to my description above. You've already answered #2 pretty thoroughly. Mind taking a stab at questions 1 and 3 (I didn't forget about Bojuka Bog )? Thanks in advance!

Bonehoard works great as a target for enchanting or as equipment to put on an untapper. Umbral Mantle can also pump+untap. I also like Grisly Spectacle for thematic instant speed removal.

What is yours is mine!

To start, I'll work on the manabase. Temple of the False God and Darksteel Ingot should be dropped immediately, with Talisman of Indulgence and Mind Stone as nearly direct upgrades in this specific deck. I would also drop Rogue's Passage, Dismal Backwater, a single Swamp, and Dimir Aqueduct for Darkwater Catacombs, River of Tears, Fetid Pools, and Underground River.

This should smothen your draws and manabase, giving you your colors faster and more efficiently, for a small cost. Other cards I would drop outside the manabase would be Grisly Spectacle, Balustrade Spy, In Bolas's Clutches, Hedonist's Trove, Psychic Strike, Fated Return, Keening Stone, Mindcrank, Trepanation Blade, Riddlekeeper, Dreadwaters, Increasing Confusion, Paranoid Delusions, Psychic Drain, and Traumatize, many of these 15 cards are simply overcosted or only affect one player, and don't do enough.

So basically, I think this deck just needs some more focus. Have you heard of the rule of 9? Itâs where you pick 9 cards that are going to be the core of your deck, adding 4 of each of them, and then adding 24 lands. That gets you to 60. Then you can mess with it from there. Itâs a great way to trim the fat and make sure the decks you build operate efficiently.

Aside from that, just some random things.

Wit's End is incredibly expensive to use at 7 mana to do something that doesnât really have much to do with anything. If youâre gonna spend that much, youâll want it to be something like a complete board wipe or some game changing combo.

Grisly Spectacle is just unnecessary. You donât need the mill that comes with it. Youâre better off just adding another Murder.

Another thing, being a vampire tribal deck, you have an opportunity to take huge advantage of your creature type being uniform, and you arenât really capitalizing on it.

All that in mind, here are just some random cards to look at.