, : Until end of turn, you may play creature cards as though they had flash.

Suspended in This Disaster
by Ulincy84 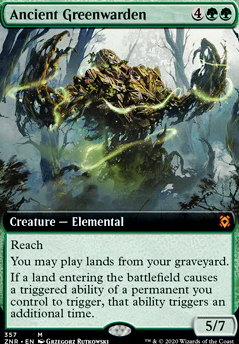 Iâve had a lot of experience playing Kadena, and I personally think a combo win works better with Kadenaâs draw engine and ability to control the board. You can see what Iâve done with my deck here:

That being said, regardless of the route you take to win, I canât stress enough how good flash is in this deck. The more consistently we can flash in morphs, the more weâll be drawing. However you also donât want too many instances of that effect or one could be a dead draw if youâve already got the effect in play. This is why I run cards that do slightly different things as well as provide flash.

The ones I run are Leyline of Anticipation and Teferi, Mage of Zhalfir as well as flash effects on lands in the form of Alchemist's Refuge and Winding Canyons. Having a repeat effect on lands is fine since you still get mana out of them otherwise. I run Leyline for the possibility of dropping it at the beginning of the game and because it gives everything flash, not just creatures. Teferi only gives creatures flash, but he himself has flash, can be easily tutored for, and stops opponents from playing at instant speed which gives us an edge.

You might also try Vivien, Champion of the Wilds who provides some other utility that might fit well in your combat based build.

Wow what a cool looking Primer. Solid deck, you did an absolutely great job! I'm a big Elf tribal fan, because Elves where my first deck ever.

This deck looks already pretty strong, if you want to play on a cEDH table, you just should do some small adjustments:

I played elves in almost every format and cool combo from modern was: Cloudstone Curio + Heritage Druid + Nettle Sentinel = infinite mana or with something like Elvish Visionary or Beast Whisperer you can also draw your entire deck if you want

I love the idea of this deck, though I did have a couple questions. Have you considered Rings of Brighthearth for it? It's a costly card and it's not exactly a mana rock, but it's got some wacky synergy with utility effects and is even part of an infinite mana combo (Deserted Temple + Rings of Brighthearth + Scorched Ruins ). Strionic Resonator is another possibly useful tool that can double triggered abilities, such as Annihilator, Ulamog's mill effect, and even Emrakul's turn steal. Winding Canyons is an older land, but if you're producing a lot of extra mana it can't hurt to give your creatures Flash. Also, what are your thoughts on the new card Chromatic Orrery?

Make them sac it! That indestructible hexproof unblockable 20/20 got you down? Good thing I have a Plaguecrafter or Diabolic Edict here to make them sad! You can even flash some of it in with Alchemist's Refuge, Winding Canyons, or a whole bunch of artifacts, enchantments, and creatures that let you do it nowadays so they learn their lesson not to swing at you.

There are also a good number of artifacts and lands nowadays that can get rid of that pesky hexproof. Detection Tower, Arcane Lighthouse, and Glaring Spotlight are your friends. And the lands don't even cost you a 'real' card slot, and are repeatable...my favorite!