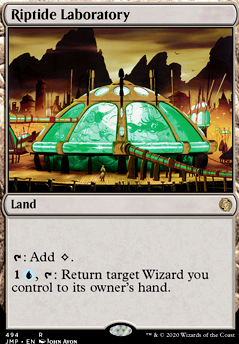 , : Return target Wizard you control to its owner's hand.

Riptide Laboratory occurrence in decks from the last year 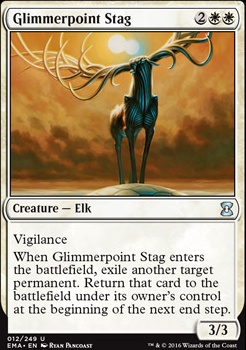 I Want Your Spells
by FrozenCobra

Bachelor's Degree in Wizardry
by Calyptic

I Invited My Big Brother is That Ok?

Overall, it looks like the deck has all the major Braids targets for budget play.

The first thing I recommend is to put in Drift of Phantasms as a second copy of Paradox Haze which is the best card in your deck.

The second thing I highly recommend is Vanishing and Vodalian Illusionist. You can use them defensively to protect your commander at instant speed. You can use them pro-actively - phasing out Braids, Conjurer Adept near the end of your own turn to ensure your opponents don't get her upkeep trigger. She'll phase back in before your untap step so you will get her triggers. You can also use these cards offensively to remove a single major threat that is causing you grief.

High Tide can push a turn past the limit when you need it to.

If you find you're low on draw power, Howling Mine and Kami of the Crescent Moon are "group hug" draw power. Hopefully you make better use of the extra cards than your opponent.

Windfall can be situational but if there's a player who's drawing too many cards, you can take advantage of their excess while also milling them pretty badly. Rush of Knowledge is arguably less situational since your deck churns out CMC + like it's its job.

Finally, Riptide Laboratory can be good in a pinch if your opponent is a jerk and targets Braids, Conjurer Adept for a nasty effect.

This is a really neat deck! I'm definitely a fan. I understand from a previous post that you don't seek to bounce the Clique that much, but I think that adding Riptide Laboratory would be a good utility land that would synergize with the clique and the snapcaster. On another note, the new instant speed Teferi, Master of Time might be a useful addition as well. Overall a really solid looking deck though, thanks for sharing!

Dredge4life on What mad science am I ...

The Delver of Secrets Â Flip lineage. Ludevic, Necro-Alchemist and his UB zombie brethren. New Phyrexian cards like Gitaxian Probe. Riptide Laboratory, and some Simic and izzet nonsense from the Ravnica sets. Monstrosity cards from Theros, Adapt cards from Guilds.

Just suggestions off the top of my head.

So Manascape Refractor is a strong maybe?

Plus if my opponents play interesting lands I get those effects too. I'm not convinced it is a powerful card but I'm interested to see it in action. One really nice thing it does is make it so I don't need specific colors for Minamo, Riptide, and the 2 haste lands. A little color fixing is always decent.

Pulled the trigger on Intuition and Riptide Laboratory. I'll be taking out Fact or Fiction and Cephalid Coliseum when they arrive. Some other foil goodies on there way too.