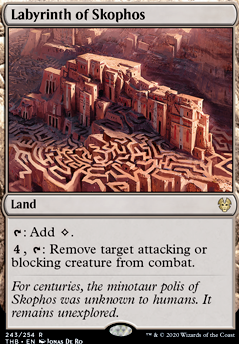 Leonardo DiVinci. But, Heâs a Wizard.
by hamon240

Mill it over
by Bigpimpin96

A Deck has no Color
by Zilkios

Lanzo493 on Cards That Protect Attackers?

Youâve also got Maze of Ith and Labyrinth of Skophos for lands that can be useful.

Labyrinth of Skophos would be a good addition.