Whenever a Mountain enters the battlefield under your control, if you control at least five other Mountains, you may have Valakut, the Molten Pinnacle deal 3 damage to target creature or player.

Valakut, the Molten Pinnacle occurrence in decks from the last year 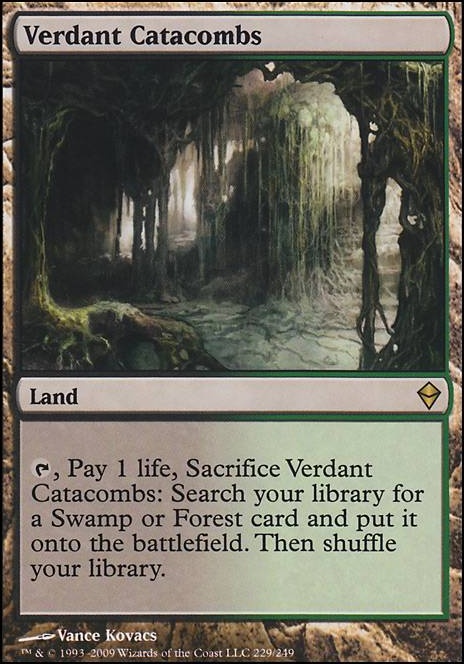 Omnath, Roil and IKORIA Song of Creation
by Sc1enc3

Ramp For Jesus
by AFLYINTOASTER

I don't have a problem with the strategy, I'm well aware of it. I'm just saying it's underwhelming. 2/2s and 3/2s with no abilities, and just two or three of them at a time is nothing compared to the 3 card combos I could use to just win. And it's not just my deck. On turn 3, there could be Karn Liberated or Ugin, the Ineffable or Wurmcoil Engine. On turn 4, we're talking about the Urza, Lord High Artificer combo. Then there's storm, Ad Nauseam, Valakut, the Molten Pinnacle, and more to worry about. The game has moved so far beyond attacking with Grizzly Bears it's crazy.

Hey, some more copies of Chandra, Acolyte of Flame is not a bad thing, they could just be better than Koth, so that is not the end of the world.

As for Valakut, the Molten Pinnacle I'm not too interested in playing valakut unless it is winning the game at that moment. For example as we see them used in the Titan decks these days with Dryad of the Ilysian Grove and in Scapeshift decks. Scrying Sheets serves a vastly different purpose than valakut. Basically the logic behind playing sheets, besides upping your snow permanent count, is that it gives you a way to be proactive about using your mana each turn if you have nothing else to do. Sure the card might as well not exist against faster decks sometimes, but you will be glad to have it against decks that are looking to play a longer game as it provides you with a great way to generate some additional value and if nothing else is a fateseal that can be a pseudo-Mishra's Bauble. That being said, while I think that Sheets is exponentially better than valakut which seems way too slow nowadays in a deck like this, I wouldn't necessarily call Sheets a priority as you seek to update this deck. On a scale of 1-100 in terms of how crucial they are to the deck I would say they are about a 55, nice to have but not the card that is going to decide if you win the game. I can see running a couple valakut for the time being although I am not convinced a couple basics are not just better as they at least come in untapped.

As for the counters on bomb/zone, it really depends on the matchup but generally the sweet spot is 1-3. To give you an idea as regards some of the top modern decks at the time of writing:

vs. UBX Shadow ---- 1/2 (depends on threats; 1 is usually good; if they have green mana they likely have Tarmogoyf)

vs. Tron ---- 1 is probably best but it isn't good here regardless

vs. Bant Stoneblade ---- 2/3 (rarely; also sometimes an argument for 0 to destroy the germ)

Sometimes you will use the bomb to get rid of specific problem cards which you will need to identify via matchup knowledge (often stuff like sideboard hate). Otherwise try not to take the bomb too far above 3 unless you anticipate something at a higher cmc that you otherwise cannot answer; most decks in modern, even the big mana decks, tend to be pretty low in terms of their curve.

Would you do a Valakut, the Molten Pinnacle/Emeria, The Sky Ruin with Prismatic Omen/Dryad of the Ilysian Grove in this build or would it be too clunky?

triproberts12 on Vesuva or Thespian's Stage?

Vesuva is definitely the more efficient card overall. The only reason I see to go with Stage is either Dark Depths makes a regular occurrence at your tables or if powerful utility lands come down late enough and there are few enough lands in your deck that Vesuva comes down prematurely every time. Also, the flip side to Dark Depths is that Scapeshift+Valakut, the Molten Pinnacle (why is it not legendary?!)+Vesuva works, but Thespian's Stage does not.

Thanks for the suggestions, everyone.

@antacidbrn No worries; Meddling Mage is a great card (and one of my personal favourites to play with).

@shadow63 Answering it after it's already triggered at least once and searched up Valakut, the Molten Pinnacle and/or Field of the Dead is not really what I want to be doing.

@Icbrgr My deck can't be relied on to have available when I need it.

@Funkydiscogod Tocatli Honor Guard hoses my own deck way more than any other in the format.

@maxon Surgical Extraction is much too expensive.

@goodair I like your idea the best; it interferes with the Titan, Summoner's Pact, Sakura-Tribe Elder and Search for Tomorrow. Plus it has uses against the Eladamri's Call/Finale of Devastation combo decks.

Goretast on Vesuva or Thespian's Stage?

You would run both if you had land-based combos like Dark Depths or a Valakut, the Molten Pinnacle strategy. More competitive decks normally don't run either, but in a more casual scene I would rather run Thespian's Stage over Vesuva because (1.) It comes into play untapped which won't disrupt your tempo if you just need a land drop and (2.) it allows you to be more reactive and copy powerful lands as they come out (Gaea's Cradle, Serra's Sanctum, Ancient Tomb, etc.), and (3.) you can change Thespian's target again if an even better target appears. It can also dodge Wasteland by copying a basic land, which is spicy.

Any thoughts on running a Scapeshift kill? Dryad of the Ilysian Grove already seems strong in your deck and if you add Valakut, the Molten Pinnacle you can use Scapeshift to nuke somebody.