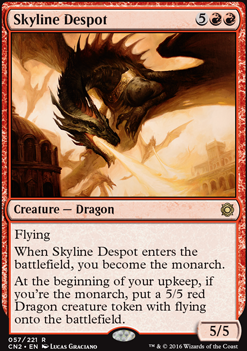 When Skyline Despot enters the battlefield, you become the monarch.

At the beginning of your upkeep, if you're the monarch, put a 5/5 red Dragon creature token with flying onto the battlefield. 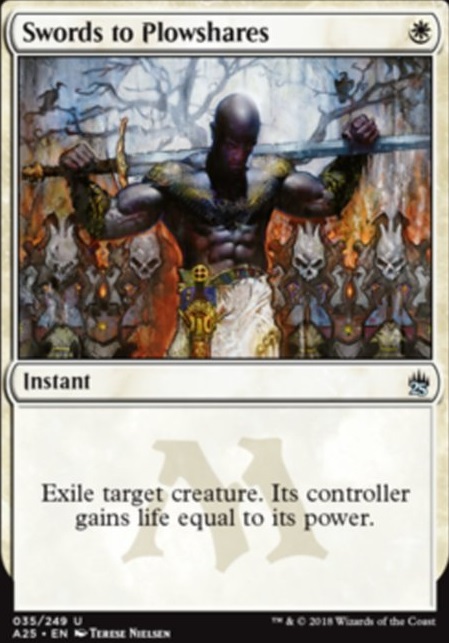 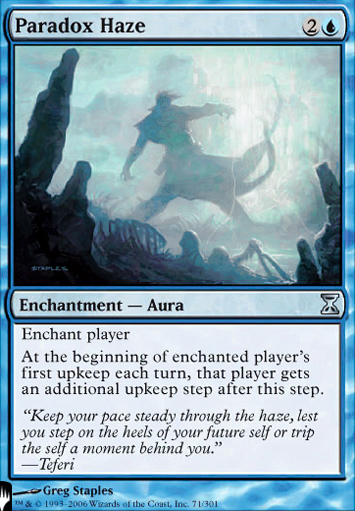 Loose the Thunder
by Wolfstrum

+1 Kaya's Ghostform back in to go infinite w/ Sun Titan and a sac outlet. +1 Goblin Bombardment that he owns.

Don't really like Skyline Despot and Terror of the Peaks here either....but I'll leave that to your preference.

-1 Swamp, -1 Plains. +1 Caves of Koilos , +1 Battlefield Forge for cheap mana-fixing. And maybe the appropriate Zendikar/Kaldheim Pathway lands if you want to go a bit higher in budget.

At the risk of too many more enchantments Hidden Stockpile could provide both token generation and a sacrifice outlet.

Depending on how much you prefer turn-after-turn enchantment based draw like Phyrexian Arena you could instead use burst draw, like Night's Whisper or Village Rites ....1 mana to turn your creature into a draw spell in response to a boardwipe or block? Can be really effective.

And alternatively, with this amount of boardwipes and low CMC removal, you might just want to stick to the big value beat-sticks like the Despot and Terror as wincons rather than Aristocrats.

So, I'd add Watcher of the Spheres for that sweet cost reduction. You're also missing a card that gives you the Monarch, so I'd recommend Skyline Despot if you want a big beater that can also churn out flying tokens, or Court of Grace if you want something less costly (both in mana as money costs) that still churns out flying tokens. Also, you're missing Pramikon, Sky Rampart

the objectively best Jeskai flyer in the game. As a final card I want to suggest Loyal Drake for pretty decent card draw, although I'm not sure if you need it with your Commanders

I'll try to explain my reasoning as best as possible, but some of the cards you brought up happen to the spots I'm actually less sure of. First off, cards that have done well for me.

The creatures you mentioned were so close to making it into my first build. If I could run 105 cards I'd probably have them. You very well may be correct to include them, but the reason they didn't make the cut is because they're creatures. I was hesitant to put my card advantage in something that had to stick around and have another creature attack. Chainer is amazing but I hate that I have to pay full price! I want to cheat! Feldon is pretty cool but again, he has to wait a turn before he can help us. Mausoleum Secrets is very interesting. I like the extra tutor to get our reanimation effects. The reason I have Final Parting is so I can grab both the spell and the creature, but it's a lot a 5cmc.

Also, you're right to include Dockside Extortionist , I need to grab a copy. He also combos really well with Goldspan Dragon , which as you said we both really need!

Hellkite Tyrant I'll admit, this is really only in here because it's a "staple". It has stolen a few signets and sol rings but that's about it. I could be convinced to swap this guy for something else.

That's a lot for now, but if it isn't obvious, I love talking Bladewing! I'm excited now about a treasure upgrade!

MeanLizard thanks for sharing your list! I'd love to talk out where I see variance in our design!

You're only playing Dragons (and Anger , always Anger )! I really like your low creature count and how it opens up space for instants and enchantments. I'm seeing our differences in playstyle come from this section. Also, we both REALLY need to add Goldspan Dragon ...a lot.

How have you felt about your gameplay? You've streamlined this strategy to the Nth degree with heavier draw and reanimation packages - I can imagine this being SO quick and potentially a bit more prone to getting squashed by graveyard hate. Maybe not because of how much card draw you're doing?

Take out Final Parting for Mausoleum Secrets and enjoy! Also, how can we find space for Underworld Breach here?! You're leaning into flashback and threshold a bit more than I do, I'd LOVE to see these inclusions!

I have some other questions and thoughts, but that feels like plenty to start with!

X-Factor11105 I honestly can't really say how Blood Fast has been, since I've almost never drawn it. Blerg. In theory it's good; I thought about using Greed, but Blood Fast comes down way earlier, even if it does cost more to activate.

I don't think Mutavault works the way you're thinking (if I'm reading your post right). It can become a dragon to trigger stuff like Utvara Hellkite, but it'll never etb as a dragon for anything else.

Ugh, if Vanquisher's Banner cost like 2 mana less I would consider it, but 5 mana is just too much for that kind of effect IMO. Dragon's Hoard already pretty much fills that slot for me. I've actually also just put Skyline Despot back in, for extra dragon etb's and draw power, but I haven't had a chance to see him in action yet.

But also, YO, IMMERSTRUM PREDATOR

So earlier I was playing Commander with a friend of mine and I found out that I need card draw in my deck! I need suggestions for them!

We played 2 games, I got mana flooded in my first game and in the second game I was top-decking early game!